In a high-level strategy meeting held Monday, 16 January, at the South England Conference office, Adventist leaders met with Hertfordshire Police force and NHS personnel to discuss the Mental Health agenda for communities within its region.

Enoch Kanagaraj, founder and CEO of One Vision charity, scheduled the meeting to allow our Church to interface with leading community figures, bringing the faith and cultural element to their decision-making.

British Union Conference (BUC) Director for Health, Adventist Community Services and Women's Ministries Sharon Platt-McDonald was among the invited presenters. In her presentation, Sharon spotlighted the key elements of faith, culture, nutrition and exercise and their impact on mental well-being. She introduced the 'Community Connectors' that One Vision will be installing to lead on these four aspects of health, working in collaboration with Hertfordshire NHS to enhance the efficacy of their services in the Black and Asian communities.

Daniel (Dan) Oyayoyi, Strategy Development Manager for Hertfordshire Partnership University NHS Foundation Trust, delivered an engaging and informative presentation, spotlighting achievements and deficits in their services and the value of including faith leaders to assist their service development.

Addressing the Mental Health Strategy, Daniel acknowledged the positive impact faith leaders could have in helping them close existing gaps and address the barriers that inhibit particular people groups from accessing their services. He raised the concern that less than 8% of people accessing their services are from faith groups, despite their mental health diagnosis.

Of the Public Health England (PHE) 10 goals for 2020-2025, 'Better Mental Health' is placed as the fourth area of change the Government has identified for improvement. You can access the PHE's Executive Strategy document for more information on how they plan to enhance the nation's well-being: https://assets.publishing.service.gov.uk/government/uploads/system/uploads/attachment_data/file/830105/PHE_Strategy__2020-25__Executive_Summary.pdf

It was heartening to see our Adventist pastors in an advisory capacity sitting with Government agencies, extending their influence outside of the pulpit and regular membership, and contributing to the national agenda on well-being. As each pastor spoke, notes were taken by the attending health and police personnel capturing the significant contributions made. Our Adventist pastors were:

In attendance from One Vision charity was:

From the Watford Constabulary:

The first segment of the meeting with members of the police force yielded much discussion about cultural awareness and its impact on mental health. The attending police officers presented some of the challenges they encounter, the mistrust they see, and the areas of deficits they felt that faith groups were best placed to assist them within their interactions with the community. Critical discussions focused on community cohesion, communication barriers, and the significant part faith groups can play in unifying the community, stabilising tensions, reintroducing values and adding an element of hope. 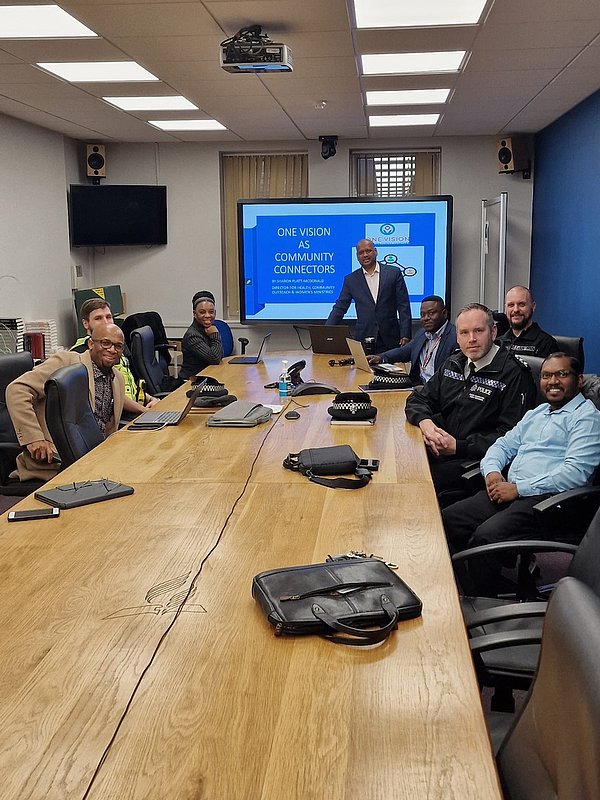 Dr Mario Phillip emphasised the importance of collaborating with external agencies on crucial community issues. Explaining his work with the Mental Health Faith Forum in Brent, he highlighted the rich contribution and wisdom that people of faith bring to the table and its subsequent community impact. He introduced one solution and suggested the creation of a Mental Health Toolkit for faith communities.

Pastor Kwesi More highlighted the need for more work to assist individuals in reintegrating into society again following their mental health diagnosis, particularly if they were sectioned initially. He identified a need for more peer support workers and recovery workers who are key individuals who could build bridges to reach the needs of those recovering from a mental health illness.

Pastor Mohan Abbadasari raised the sensitive issue of the dynamics between the police and the Black and Asian communities. His question on how much training the police had in connecting with these communities revealed that the police received minimum training hence the problematic communication and subsequent misunderstandings and mistrust that generally arise. As this first segment of the meeting concluded, Pastor Abbadasari, in a moving gesture, requested that he pray for the police officers in their ongoing work, which they gratefully accepted.

Dr Jeanville, in an overview of the meeting, states: "One Vision has made the case to the Government that there are reasons why Black and Asian communities are failing to access services. One such reason is that many don't trust some of the central institutions of society, i.e. the Government, police, NHS and the mainstream media.

"Whether we recognise this phenomenon or not, the only institutions that remains as a bastion of trust in our broken society are religious ones; temples, mosques and churches.

"Religious or faith leaders are powerful influencers in the communities. Their community groups have trust in them. One Vision's aim is to be a 'community connector', reaching leaders and peoples, and bringing them together to share information and resources, building cohesive and healthy communities." 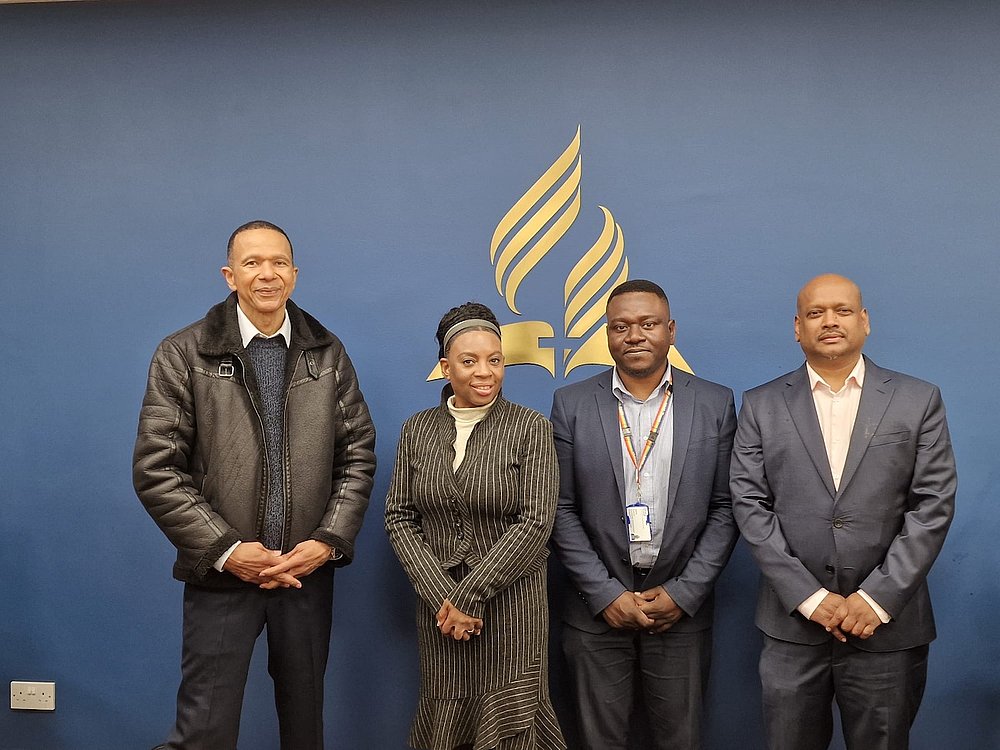 Enoch Kanagaraj summarises the meeting outcomes and action going forward: "It is not the responsibility of those with lived experiences to bring about the change. For faith leaders like us, receiving insights into these key issues is very important. The solution lies in a commitment to act, hear, listen, digest and react to the community we serve. I am delighted that we went beyond the conversation with the NHS today to commit to action."

Please continue to pray for our Church administrators, leaders, pastors and members as we engage in collaborative outreach to diverse community groups, addressing their varied needs. Together we can make a significant impact. In the words of Helen Keller – "Alone we can do so little. Together, we can do so much." So help us, God.

BUC Orientation and Induction for new ministers and interns