Doncaster town has undergone significant regeneration to attract businesses and investment into this historic part of South Yorkshire. This renewal has culminated in Doncaster submitting a bid to become a city in this platinum jubilee year of the reign of Her Majesty Queen Elizabeth II.

If one could pick the ideal location for a town, Doncaster would be at the top of the list. The town is situated at the heart of the motorway network, with easy access to and from the M18, M1, A1(M), M62 and the M180, making 87% of the UK population reachable in four hours' drive time. The flagship East Coast Main Line links the town by rail to the whole of the UK and on into Europe. Trains from Doncaster to London are fast and frequent, the journey takes around 88 minutes, with an average of 60 trains a day.

The aforementioned makes Doncaster town an exceptional place for business due to a perfectly connected rail, road, air and sea network. Doncaster has grown from its strong industrial heritage and is now a leader in the rail industry, a central hub for logistics such as Amazon and home to global brands in the manufacturing sector. 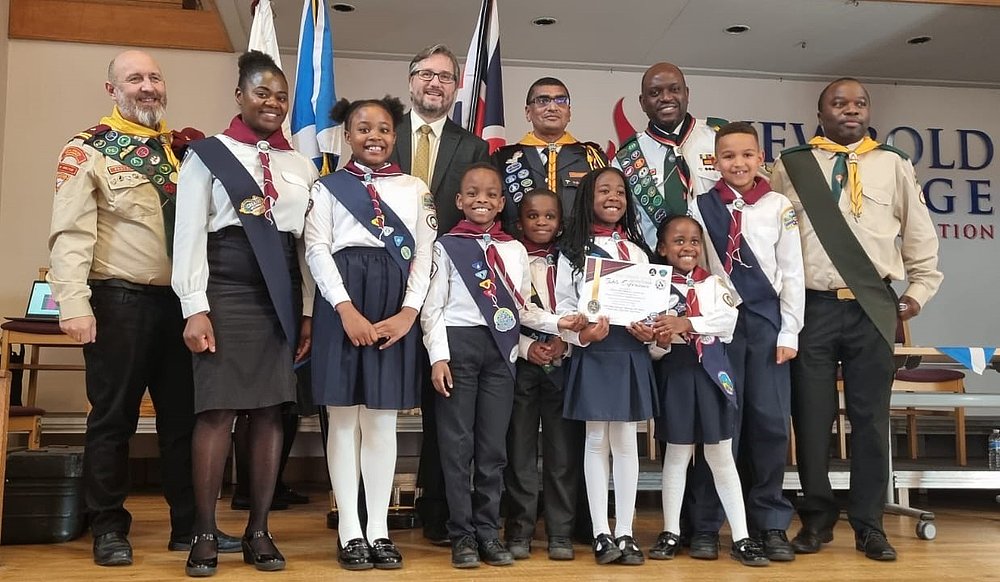 Basking in the Doncaster town's regeneration

However, in not so well-known Bentley, a little corner of North Doncaster, six very young Adventurers at Doncaster Adventist church took on the mammoth challenge to become the first team ever from the church to participate in the Adventurer Bible Experience (ABE). The journey began in November 2021 when Alex Sibanda, Vitumbiko Thyoka, Vuyoluthwe Mkwananzi, Sasha Ncube, Amelia and Anayah Nsingo were invited to form the inaugural ABE team. Under the tutelage of their coaches, Dr Tumpale Thyoka and Mrs Willet Nsingo, the team's study of the book of Ruth and 1 Kings chapters 1 to 6 intensified towards the back end of 2021, leading to the team's successful participation at the North England Conference area test in Derby on 29 January 2022. The team known as 'Doncaster Bible Adventurers' immersed themselves in the study of God's Word, registering further successes at the Conference and Union levels of testing. The last test, held at Newbold College of Higher Education, was the final step before the Trans-European Division finals summit.

The team's ascent to the summit of the ABE brings to memory the seismic conquest of Mount Everest, when Edmund Hillary and Sherpa Tenzing Norgay reached the 29,035-foot summit of Everest on 29 May 1953, becoming the first people to stand atop the world's highest mountain. Like the 1953 British expedition, which was oddly bottom-heavy with 350 porters, 20 Sherpas, and tons of supplies to support a vanguard of only ten climbers, the Bible Adventurers team was also supported by the church and the local Pathfinder and Adventurer clubs. One member of the 1953 British expedition George Band recalled their party “Our climbers were all chosen as potential finalists." Similarly, the six Bible Adventurers in Doncaster were chosen as potential finalists, but, as they discovered, their amazing journey was only made possible by the Author of the book from which they were studying, God. Doncaster Bible Adventurers have set their eyes on the summit, the Trans-European Division Adventurer Bible Experience finals at Europe Hotel, Belfast, on 16 April 2022.

Pathfinder and Adventurer Bible Experience (PBE & ABE) play a pivotal role in leading the young children to Scripture, providing them with a way to learn and understand the Bible for themselves — and equipping them to be able to help others. It is an annual four-level testing process starting with local clubs testing in their areas/districts, Conferences, and Unions. The teams that scored within 90 per cent of the highest score at each level will advance to the Division-level testing in April.

The Adventurer Bible Experience is a brand-new concept launched at the British Union Adventurer Camporee in 2018. It was established as an offshoot of the North American Division's Pathfinder Bible Experience to cater for the younger age group. It was such a runaway success with all the clubs that participated that the ABE is now firmly cemented in the Pathfinder Calendar. The concept is much like the PBE but was adjusted to allow younger participants. This year the teams studied the books of Ruth and 1 Kings (Ruth and 1 Kings chapters 1-6 for the ABE). At the summit, Doncaster Bible Adventurers can enjoy the scenic view of the land below and look forward to the book for next year's competition, the Gospel of John (John chapters 1-8 for the ABE).