There was excitement around Newbold College on Sabbath 12 March as Pathfinders and Adventurers arrived from across the British Union for the Union level testing. The day's event was a little different from the norm as it began with most teams arriving on time between 9.00 am and 10.00 am for registration and inspection, then proceeding to their respective halls for their morning programme. 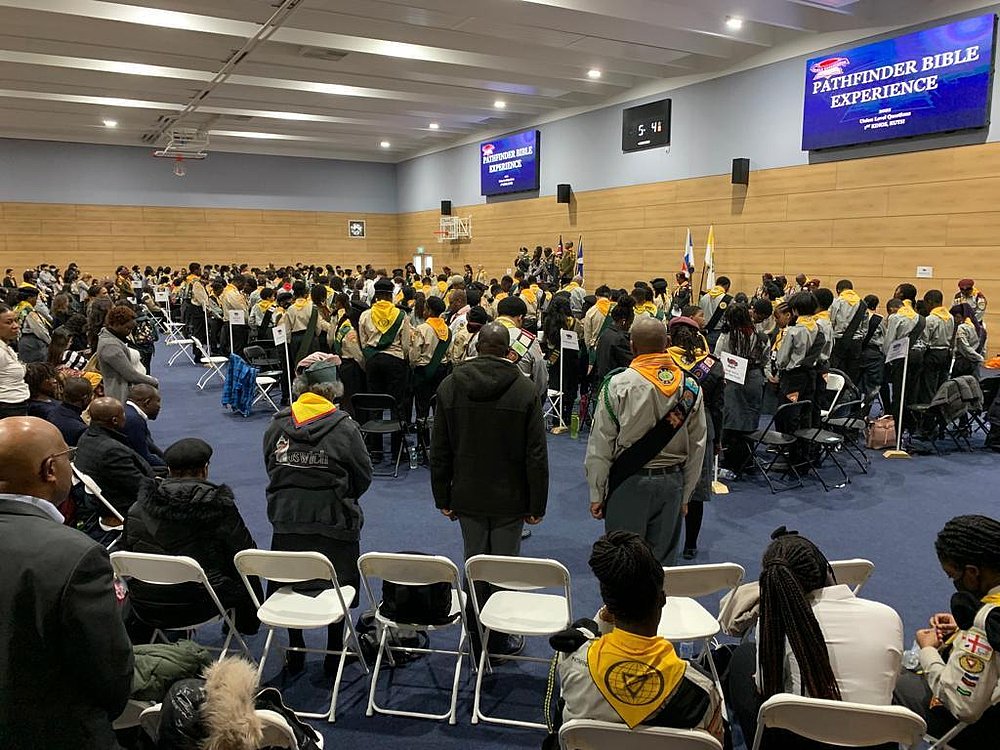 This event was the first time in the history of Adventurer Bible Experience (ABE) and Pathfinder Bible Experience (PBE) that both would have a worship service at the same time specifically focused on their age groups. The guest speaker for the Adventurers was Pastor Alan Hush (Doncaster Central), who captivated their attention and had them completely engaged throughout his 20-minute presentation. Pastor Warren Gillin (Reading Central and Reading Parkside churches) spoke to the Pathfinders for their morning worship service, concluding with an appeal. As a result, 4 Pathfinders responded to the call for baptism, with many more asking for prayer and further Bible study.

The announcement of a new financial incentive to assist the highest-scoring first place Pathfinder team from each region with the cost of attending the North American Division level testing in the USA was well-received by Pathfinders and parents, adding to the excitement of the day. 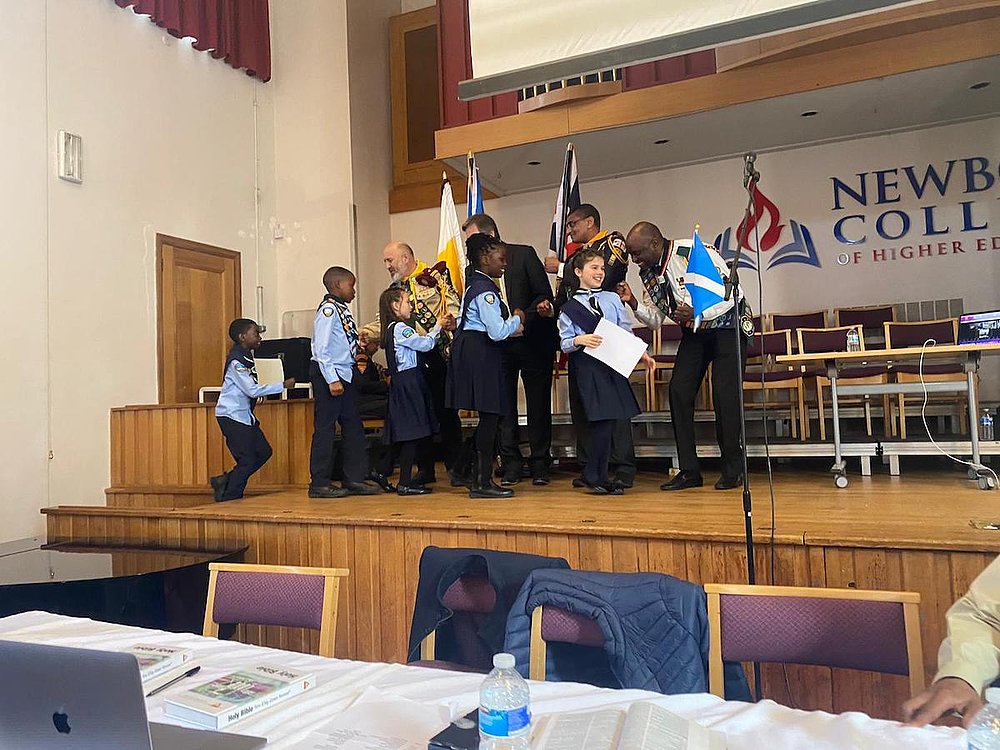 One parent shared their child's experience for the day; "On Sabbath when my daughter heard that the team might not qualify, she prayed to God and said that if they don't go to the next round, it means that He doesn't exist! During the break, she shared her prayer with her best friend, who was in the team. Both had their questions regarding their faith.

"After the judges announced the results, they both agreed God doesn't exist, and all are just fake acting. Today, when she received the news that the team went through to the next level, both were filled with joy and the assurance that God exists, and He works and listens to His children!"

God is impacting many young lives through this programme! As we remember, the purpose of this programme is to encourage our children to study their Bible, find Jesus for themselves, and thus make that life-changing decision to give their lives to Him through that study.

We pray that you will continue to provide them with your support in this life-changing experience.