'One Vision' marked this year's Holocaust Memorial Day on Tuesday, 1 February, at the British Union Conference (BUC) Peace Garden in Watford. The service comprised guests from across the Watford community.

Keynote speaker Dame Helen Hyde – a Trustee of the National Holocaust Centre and Museum, began by showing a family photo of her parents' family and said only two survived the holocaust. The Nazis exterminated over 6 million Jews. 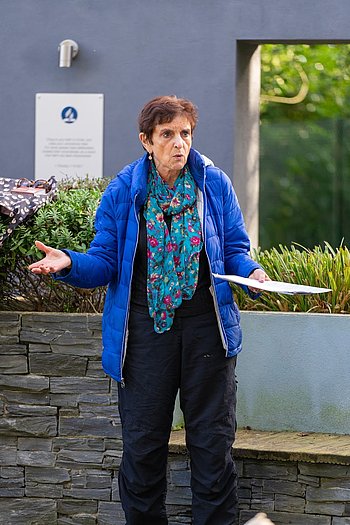 Dame Hyde said we must be vigilant against the poison of anti-Semitism, as she attributed the holocaust to a combination of two millennia of prejudice, persecution, and the teaching of contempt to demonising minorities. She added that, unfortunately, there is still hatred and racism in our country and Europe, anti-Semitism is still strong, and hatred of all minorities is also intense. She further said that regardless of our religion and background, we must stand together to prevent all forms of prejudice, hatred, and racism. We need to join hands to show love, respect, kindness, and generosity, and we must remember that we are one family and one human race.

Stanborough Park church minister, Pastor Geert Tap, in his remarks, said, "When we forget about history, we tend to repeat it. If you don't think of what happened in the past, you are bound to do it again and make the same mistakes." He said when we see injustice, we need to speak up. Otherwise, we are condoning it. Tap advocated education as one of the ways to stop the hate and ended his speech by quoting the apostle Paul's message of love found in I Corinthians 13. "Love suffers long and is kind; love does not envy; love does not parade itself, is not puffed up;" "does not behave rudely, does not seek its own, is not provoked, thinks no evil;" "does not rejoice in iniquity, but rejoices in the truth;" "bears all things, believes all things, hopes all things, endures all things." (I Corinthians 13:4 NKJV.) 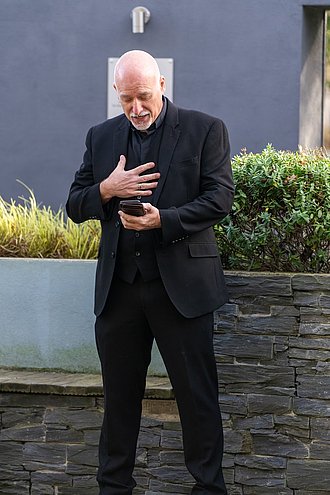 Various speakers affirmed the importance of peace in our world and the essence of working together to end hatred of all kinds; from ADRA-UK, Cathy Anthony Boldeau affirmed the importance of peace to include an often-overlooked goal of tackling poverty and hunger. Representatives from Watford Fire Rescue Service, Stanborough Secondary School headteacher, Mr Kaz James, who lit a candle to commemorate the remembrance, and two students from the school recited poems. 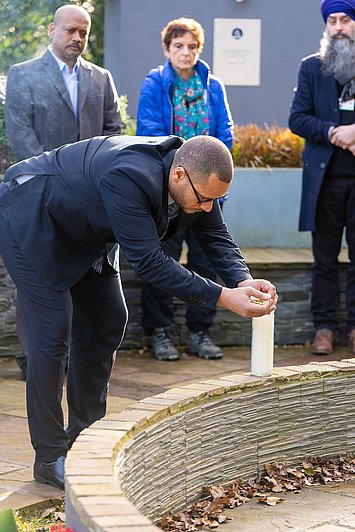 Harjit Singh, Chair of Trustees of 'One Vision' and Chair of Watford Interfaith Association, emphasised the need for working together as one people because we are all part of God's creation.

Enoch Kanagaraj, CEO of 'One Vision', who welcomed the participants, thanked everyone for coming as he shared the importance of a community working together for the greater good of its community. 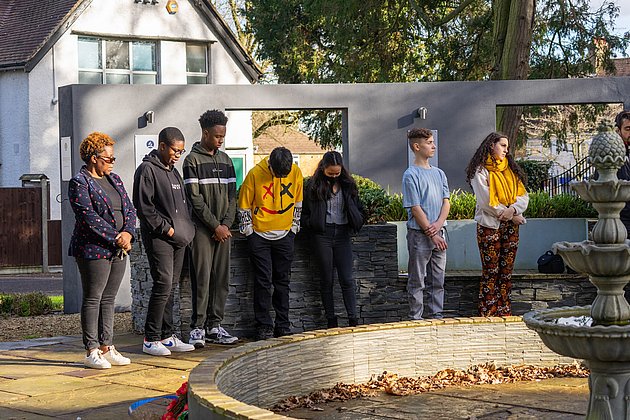