Newbold Church Pathfinders and Adventurers together with their Counsellors joyfully received the ‘surviving lockdown’ badges during their investiture held on Sabbath 10 July. This is a special badge given on top of other badges, in honour and recognition of the hard work put in during lockdown when club meetings were held via zoom. Newbold Pathfinder and Adventurer Club leader Cedric Lux said, “the dedication of the counsellors, pathfinders and adventurers alike during lockdown was remarkable.” Cedric added, “we navigated through the challenges together and week-in-week-out we saw very eager-to-participate club members.” The club’s zoom meeting started in March of 2020 and ended in May 2021 when the club began to hold face-to-face meetings again. Cedric thanked parents for their support which saw 86 club members being invested; of which 37 were adventurers and 49, pathfinders. 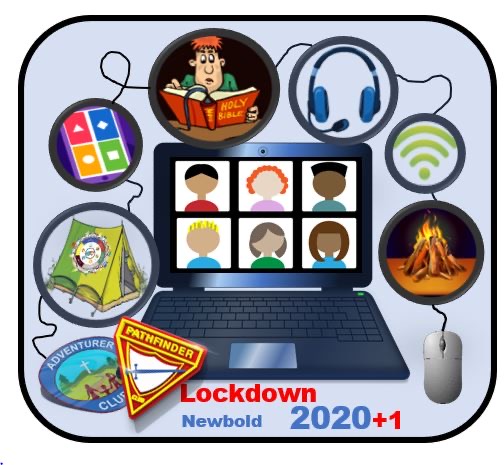 To maintain government guidelines on Covid 19 safety measures, only club members were allowed to attend the investiture ceremony physically whilst parents and other well-wishers joined online.

With the great work of Newbold Church’s Media Team, in which many pathfinders are also part of, the program was well covered virtually enabling all the viewers at home to follow through the whole program and join in the celebratory spirit.

The program began with the adventurers and pathfinders reciting their Aim, Motto, Pledge and Law; followed by the colour party carrying the British, Pathfinders, Adventurers Flags; and then a prayer by South England Conference (SEC) Pathfinder Director, Pastor Clifford Herman.

A devotion was then shared by one of SEC’s Area 5 Adventurers and Pathfinders Coordinator, Vimbai Martins, who congratulated the adventurers and pathfinders. However, Vimbai reminded them that the real test of what they have learnt will be when they face challenges in life. Vimbai shared the stories of the prodigal son and his brother found in Luke 15:11-32. Vimbai said “The prodigal son decided to go home because he remembered that at home he had access to his kind father; he also remembered that at home he had authority, comfort and security.” Vimbai therefore urged them all, “do not leave home, by home I mean the presence of God.” However, Vimbai also pointed out to them to not be like the older brother, who was jealous and envious, but instead, at every opportunity, exercise the fruits of the spirit which are love, joy, peace, patient, kindness, goodness, faithfulness, gentleness, and self-control.”

There were many great memories shared on the day, including pictures and videos of the summer camps, adventurers’ involvement in the Adventurers World Camporee, and other great news from the Club’s News Desk. 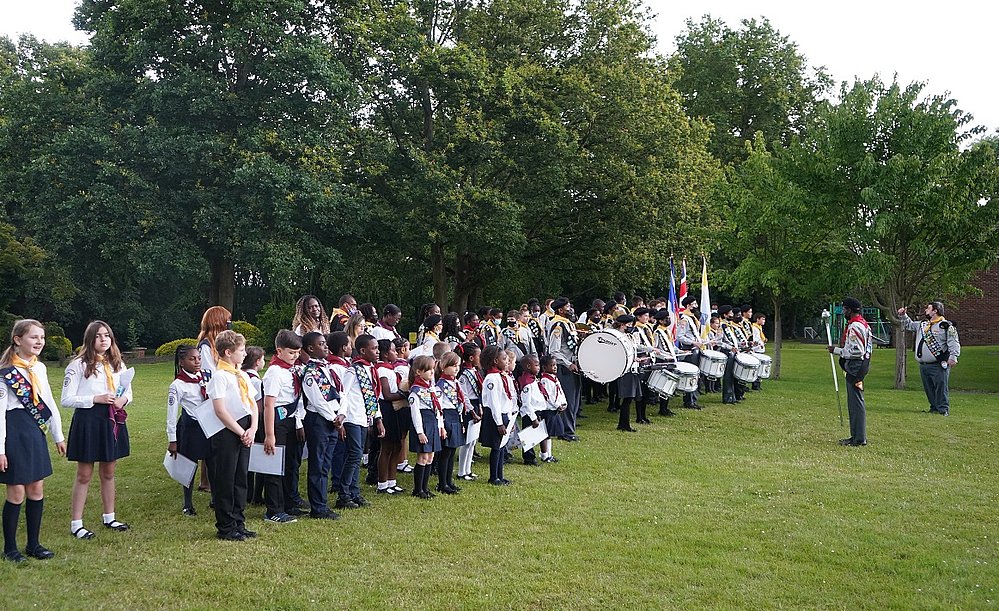 One of the highlights of the day was the special performance by the Drum Corp which had also been practising via zoom throughout the lockdown. “One remarkable thing is that the group is taught by a Guide’s Class Pathfinder Jesse Opoku. Jesse’s dedication to Drum Corp is admirable” said Newbold Church Pastor Marcel Ghioalda.

It was amazing to see the smiles and the joy of each member as they were called forward to receive their certificate and badges. There was also special recognition of some club members: retired SEC Area 5 Pathfinders and Adventurers Coordinator Pat Dyckhoff and her husband Terry for stepping in to take charge of adventurers zoom; Cedric and Racheal Lux for their leadership of the club; Crystal K as adventurer of the year; Caleb O as Pathfinder of the year; and the adventurers who will now be joining pathfinders were also celebrated. 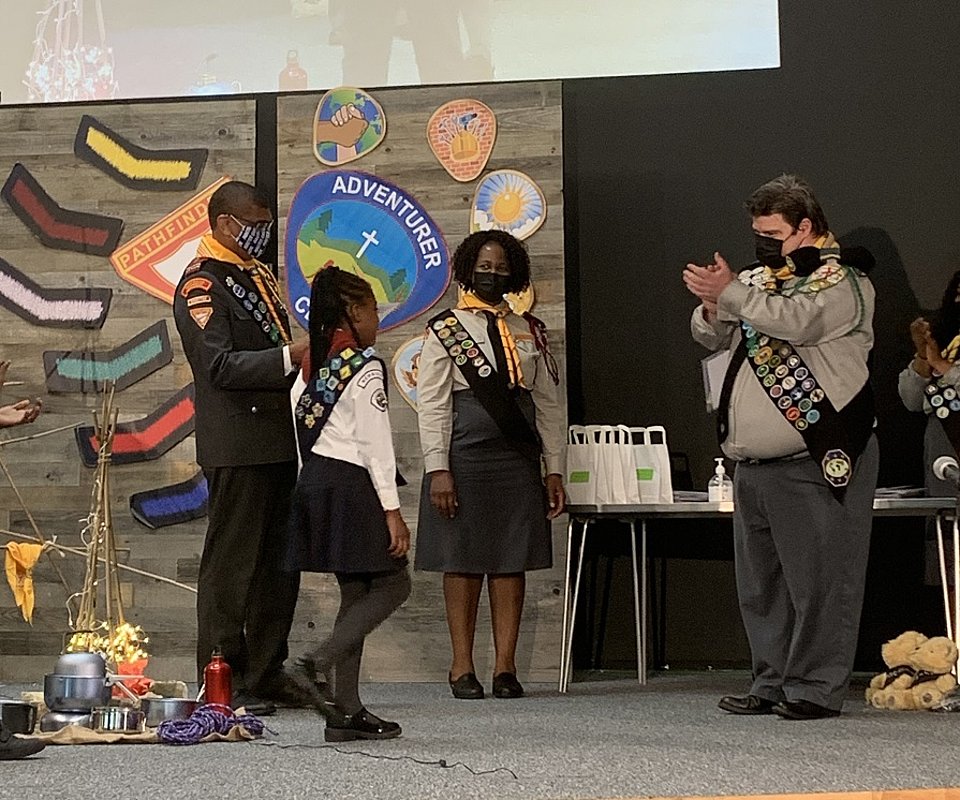 Pastor Clifford gave the charge and blessings to the adventurers and pathfinders and left them with these words; “Don’t let anyone look down on you because you are young but you set the example of all the good things that God can do for you.”

The event ended with the Drum Corp playing so beautifully and gracefully as pictures were being taken and parents were arriving to pick their children up.