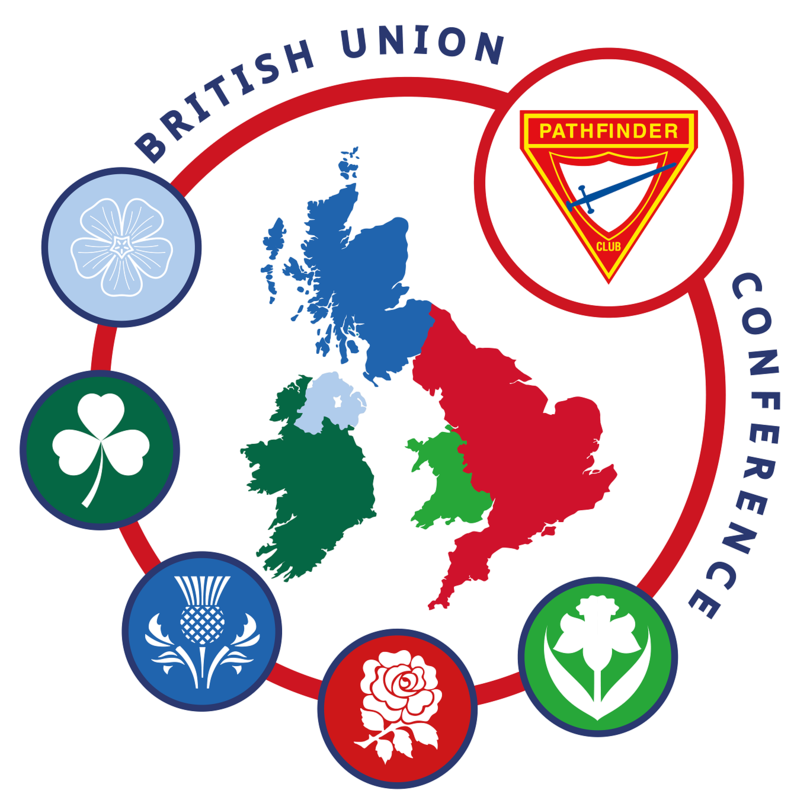 On 23 March 2020 the Prime Minister, Boris Johnson, announced that England would begin a period of lockdown, during which people were not to leave their houses for anything except for essential trips.  Offices, schools, churches, and other establishments all closed their doors to await the passing of the COVID-19 virus.

Since Adventurer and Pathfinder club meetings were not deemed 'essential', children in the clubs were no longer allowed to meet in person.  This presented a very real problem for club staff who had to ensure the contents of the yearly curricula were studied, otherwise the children could not progress to the next class at the end of the year and would effectively be running months behind in their work.

Enter the e-Club, a weekly, an online Pathfinder club open to all children across the British Union Conference (BUC), presented live on Zoom and streamed to Facebook each Sunday morning, moving shortly afterwards to the afternoon.  The vision of BUC Youth Ministries Director, Pastor Dejan Stojkovic, the e-Club began its first broadcast within 6 days of the lockdown announcement.  It was swiftly followed by the recognition that the Adventurers would also benefit from an online club, and therefore Sabbath afternoons became their regular slot.

Each weekend for the next few months, 2 Adventurer awards and 3 Pathfinder honours were presented to an online audience of the maximum 100 on Zoom and hundreds more on Facebook. Both platforms were moderated with Pastor Dejan and the Youth Ministries secretary, Natalie Davison, actively supporting and encouraging the children via the online chats as they participated in the classes.  Pastor Dejan spent long hours each weekend hosting, recording, editing and uploading each session to publish on YouTube. Viewings during the weeks that followed reached into the thousands as families were able to access the materials in their own time. 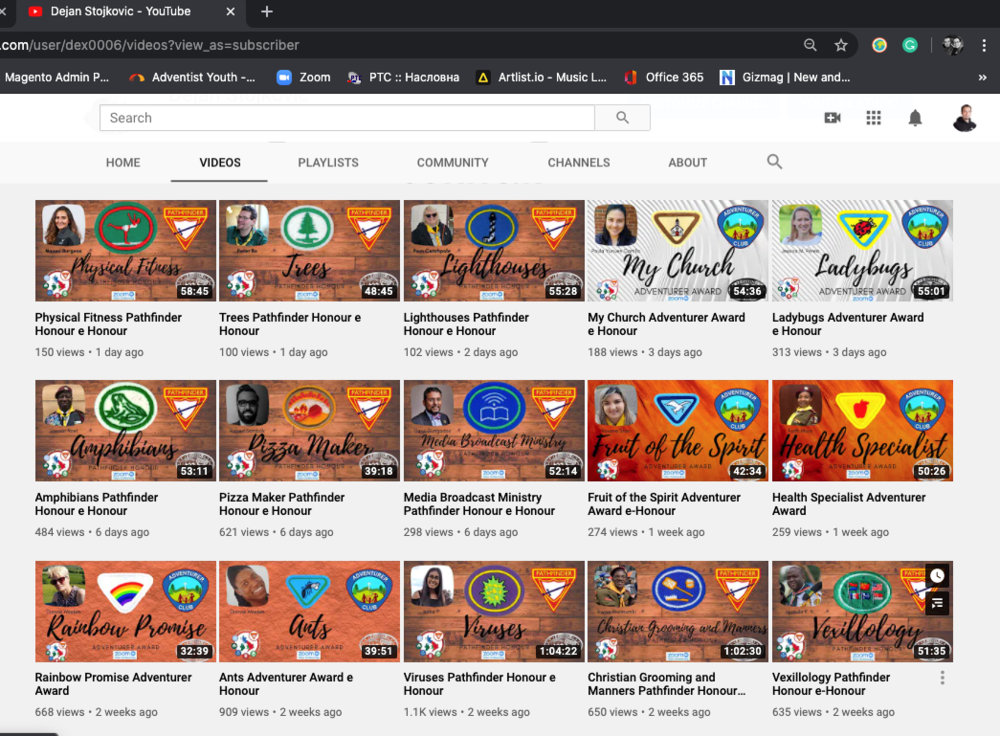 The online classes were supported by worksheets for the children to complete and hand in to their club directors as evidence of their participation and follow-up work.  The presentations and links to the online recordings were all held on a central database on the www.adventistyouth.org.uk website for anyone to access.

"Thank you all for your consideration and thoughtfulness in ensuring that we are adequately supported as clubs. It is not easy and is no mean feat. We really appreciate what you are doing."  Janet White's words echoed those of so many club directors across the Union who appreciated the role played by the e-Club when so many churches remained closed.  And as word spread, so did the reach, and the audience grew beyond the BUC to encompass countries from as far away as Australia, Indonesia, Vietnam, South Africa, the United Arab Emirates, to North America, and many Atlantic and Caribbean islands. The e-Club was able to reach beyond borders during the pandemic, it combatted the feelings of isolation being experienced by many of our members and created a global Adventurer and Pathfinder community.

As the lockdowns continued in various guises throughout the world, the e-Club also continued its commitment to club ministries by consolidating its output into a Sabbath afternoon programme, and by partnering with other Unions including Belize and the Gulf Field.  The North American Division Club Ministries team came on board in the second half of 2020 and the chair of the NAD Pathfinder Taskforce, Pastor Mark O'Ffill, became a regular presenter and facilitator of the e-Club programme.  His experience and contacts meant that the range of awards and honours being taught could be expanded to include many of the newer subjects developed by the NAD and we were privileged to have had not only our own Union creators present the awards and honours they had written but many from the NAD and beyond joined us too.  One of those, the Ants award, created by Dionne Weekes, has remained the highest viewed award on the YouTube channel, followed by Ladybugs and Amphibians. Christian Grooming and the Viruses are the top two viewed honours.

The presenters were all volunteers who gave of their time to create a PowerPoint presentation to teach from online.  All were a mix of denominational employees and lay people who had a specialist knowledge or a keen interest in the subject they were presenting.  Each presentation was scrutinised to make sure that it included all the elements needed for the Adventurer or Pathfinder to complete their award or honour and was complemented by a bespoke worksheet.  Learning online was a new concept for everyone, and after a week-long period of online schooling, we were cognisant that an element of screen fatigue would set in, so each presentation also had to be as interesting and engaging as could be with colourful crafts and fun facts.  This was Natalie Davison's weekly contribution to the programme as well as the website content creation and the weekly information emails to the growing e-Club database. 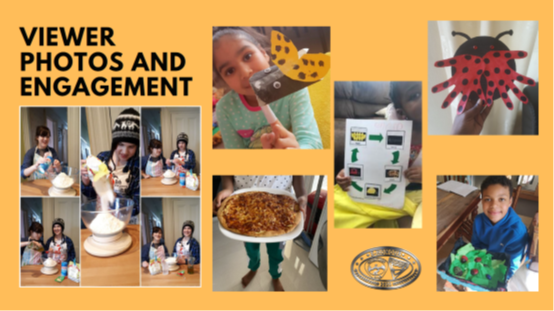 Pastor Dejan encouraged all the participants to share their crafts each week and created an ongoing online gallery of their work.  So many children were inspired by the classes and the works of God's creation were beautifully reflected in their handiwork.  The programme also expanded to create an international online choir singing the Adventurer song and the Pathfinder song, enlisting the help of musician Ken Burton to create the backing tracks for us and Lucas Melo from Stanborough Park church to edit both projects. Many of the e-Club Adventurers and Pathfinders were able to participate in the World Pathfinder Day celebrations which took place online over several time-zones on Sabbath 19 September 2020.

The regional entities in the Union were involved in the second half of 2020 as the search for knowledgeable and willing presenters continued. Each of the Conference directors and Mission sponsors assisted with finding presenters and hosting during those months which provided more variety and grew the online community further.

After fifteen months of almost weekly presentations, the British Union Youth Ministries team of Pastor Dejan Stojkovic and Natalie Davison, in collaboration with the NAD's Pastor Mark O'Ffill decided to bring the programme to an end in light of lockdowns easing worldwide, in particular for clubs within the British Union. The final programme aired on 26 June 2021 to a larger than average audience, including those families and club members who had participated since the very first e-Club programme!  The e-Club concluded having taught 98% of the Adventurer awards available and a very large percentage of the Pathfinder honours.  It was also a fitting opportunity to wish Pastor Dejan well for the autumn as he takes up his new role of Youth Ministries Director at the Trans-European Division. A special tribute video to mark the occasion premiered during that broadcast.

All through the long months, we have seen evidence of God's leading and guiding in our lives and in those of the club members with whom we interacted. Although incredibly relentless and tiring, with hours spent away from our families each day of the weekend, we thank God for the privilege of conducting this programme during this challenging time, and for keeping this programme free of technical issues and online hacking that may have caused problems.  We were encouraged by Pastor Mark O'Ffill of the words of Mordecai to Esther in Esther 4:14. 'For such a time as this…'

May all those associated with the e-Club in whatever capacity know how appreciated they are, and may they be assured that their hard work has blessed and will continue to teach and bless many children in the years to come.