The Changing Lives Forever (CLF) charity was commended with a High Sheriff of Bedfordshire Citizen Award by the outgoing High Sheriff, Susan Lousada, on Tuesday 6 April 2021. In line with Covid-19 rules the socially distanced ceremony was held outside the home of the founders, Phillip and Collett McKinley. This is the third year in a row that CLF has received this award!

CLF has been providing meals for the elderly and vulnerable since the charity was registered in 2016. It was first established to cater for Luton Central and North Seventh-day Adventist members and aimed to provide meals and soup every Sabbath.  Since then, it has grown from strength to strength in its service and voluntary activities working 52 weeks a year.

Phillip and Collett McKinley work in collaboration with other volunteers to pick up food from supermarkets and other donors and supply soup kitchens and food banks. Together they have been awarded for their work in providing food parcels, meals, and soup to the elderly, disadvantaged and homeless around Luton and surrounding areas in Bedfordshire.

Imani Malcolm, a CLF volunteer aged 17, has won the Youth Award for the youngest volunteer working on the front line. CLF was also given an award for 'Hard Work in the Community'. 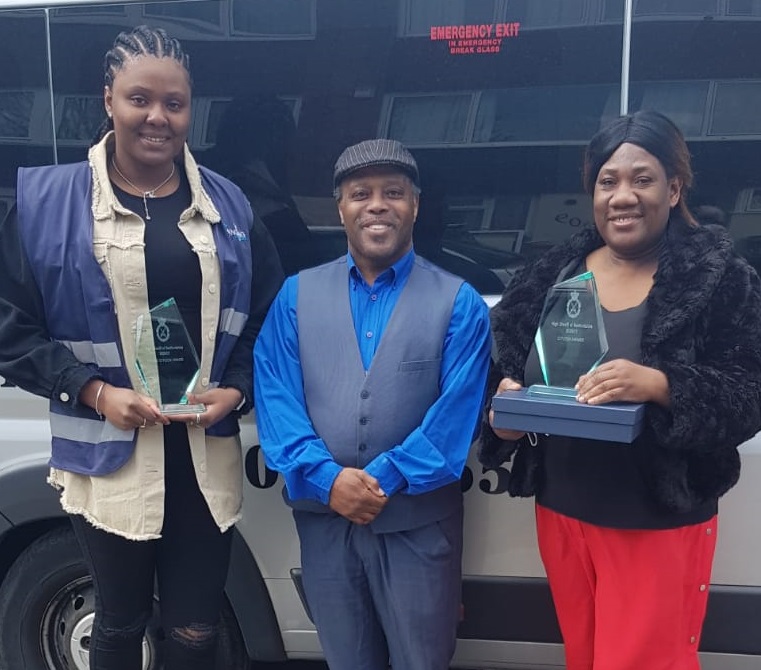 Sarah Owen, MP for Luton North, sent letters congratulating Phillip and Collett on achieving the High Sheriff's award and appreciating their continued efforts to make a difference to the livelihoods of people in Luton.

Currently, Changing Lives Forever is fundraising for a box van vehicle anticipated to cost about £6,000 to be used for the food deliveries from food banks to various places.

More information can be found at www.changinglives4ever.org.uk

The Return of BEAMS: 'I Will Go'