The church in Dundee has started early in 2021 to put together a programme for helping households in need. Hope FoodShare is the title of this new venture. The concept is that the group receives donations from supermarkets, and then distribute these donations to households where there is possible food poverty or a need for additional groceries. 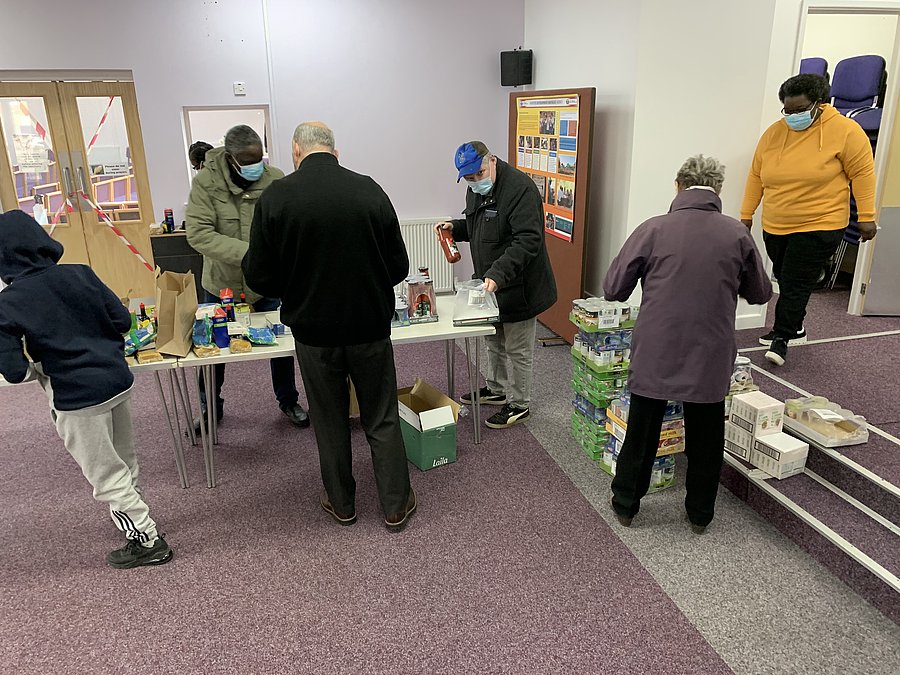 This venture would not be possible, if not for the generosity of the Supermarket Morrisons, who, in this case has helped Hope FoodShare to make their debut in Dundee. This concept has been copied from a similar food share programme that has been running in the Edinburgh area since 2016, called CookInn. Staff from CookInn, Duncan and Janine Johnston, were instrumental in this project, as they introduced Pastor Jimmy Botha to the Community Champion from Morrisons, Nikki Warwick. 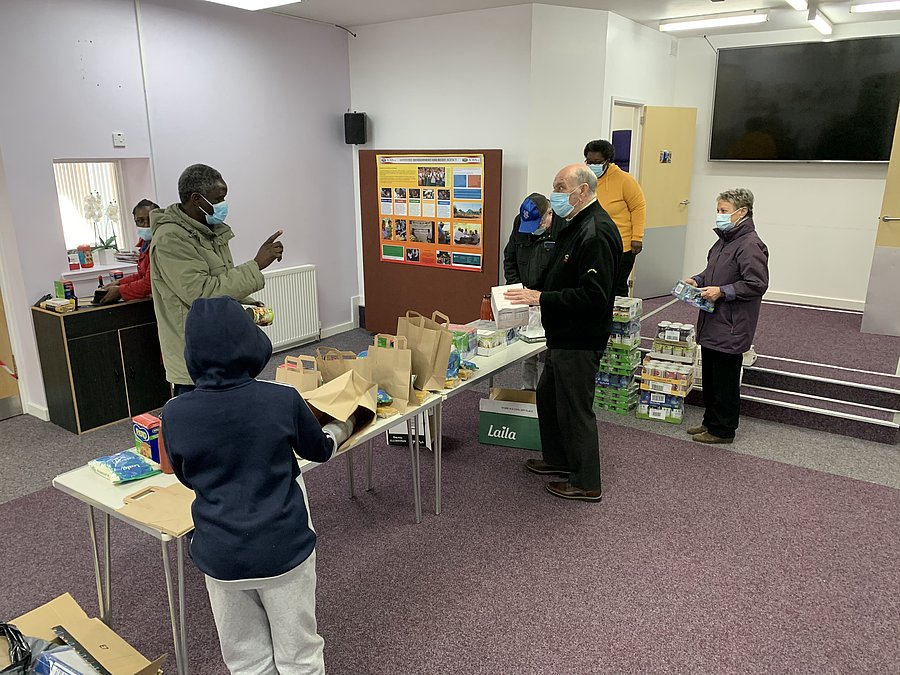 Nikki is a hard worker who is keen to see the project succeed, and had just returned from delivering products to some other households when she met with Jimmy and the team of 5, who were waiting for her at the supermarket. The wait was soon over, when Nikki appeared with a large donation of products, and the team could start their work. We thank Nikki for her role in this. 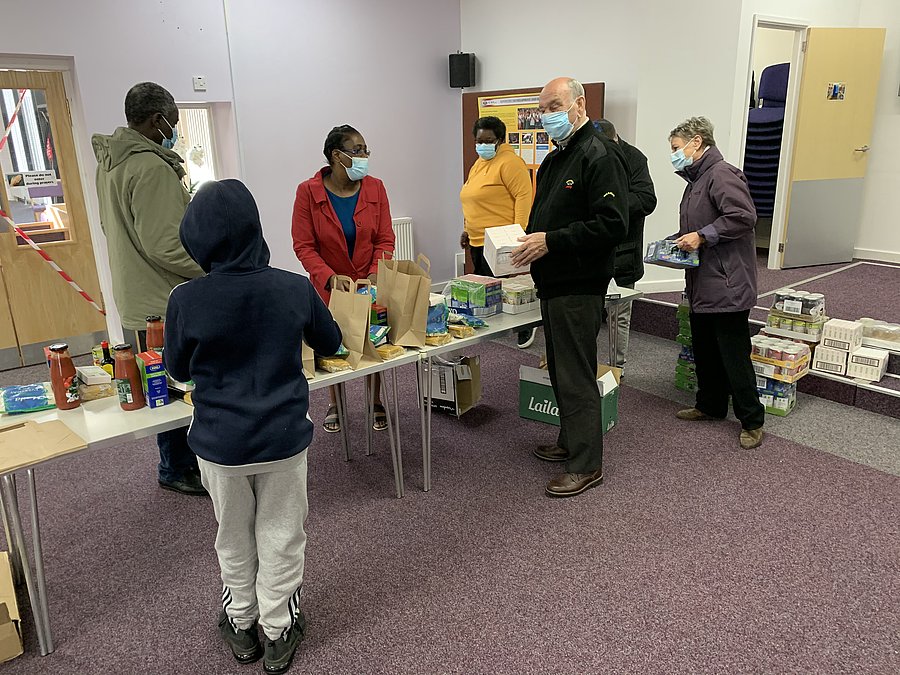 After loading the first of many loads of products, generously donated by Morrisons supermarket, the team took off to the nearby Adventist church, and started the packing. Keen helpers were waiting at the church, and for the first outing, a group of 9 sorted, packed and stored products. With a starting list of 15 recipients, everyone is keen to see this list grow. Deliveries have been taken away in a few cars that were available, and these bags with goodies were received with grateful hearts by members of the community, not even far away from where the church is situated. 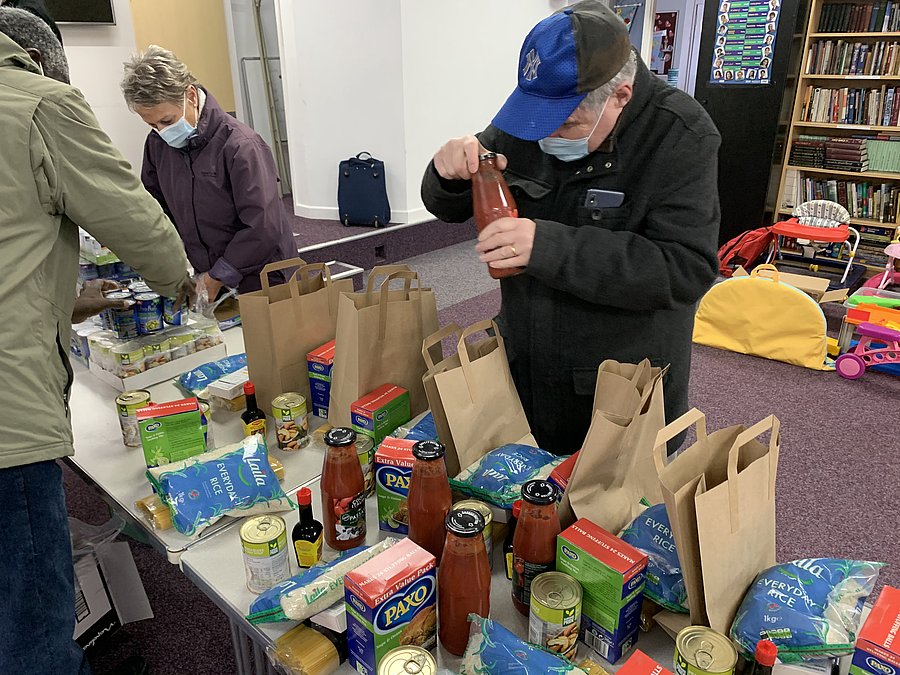 All in all, a very good first day out, not only by the humbling action of the supermarket to start the group off with such a donation, but also by the enthusiasm shown by a good number of folks who were able to come out on a weekday, and to help with the distributing and delivery of food. One of the helpers, Ron, said, "Unbelievable, unbelievable, the generosity all round, this is a good thing to happen to us, and we are glad to help folks who are in need." 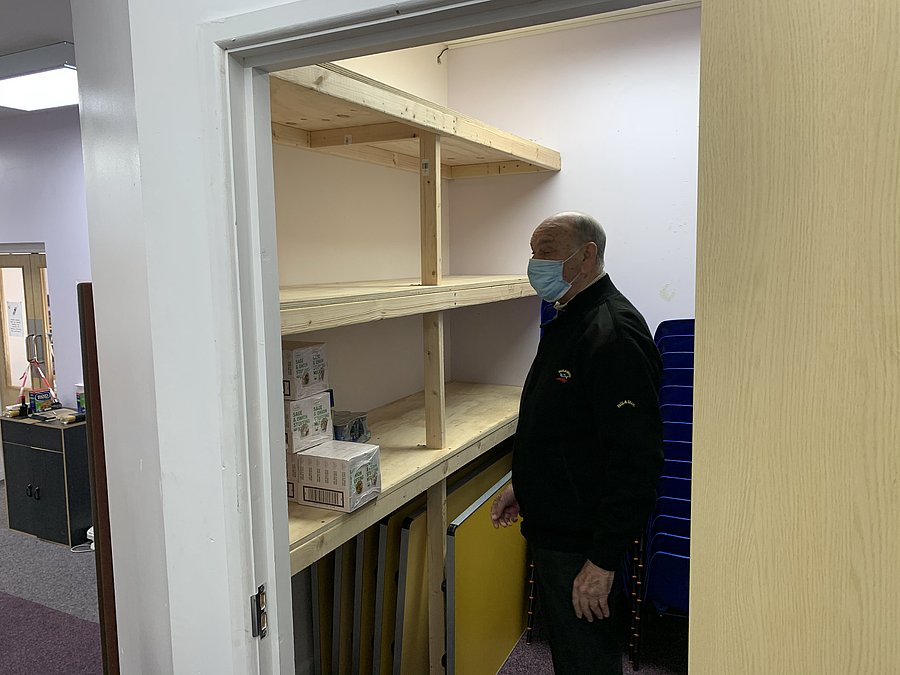 If you are in the area on a Thursday afternoon, please pop in, the Hope FoodShare team will have something for you to do.