For the past five years Robert and Michelle Sullivan have been the owner-operators of their farm, The Artisan Grower Ltd., in Aberdeenshire, Scotland. They have been supplying restaurants and chefs with their local edible flowers and microgreens. They have also provided retail customers with veg boxes, and have offered a free veg box subscription to those identified by their local pastor, Njabulo Ndlovu, as being in need.

It was after two seasons of growing vegetables that Robert came in from the field, hot, sweaty and covered in dirt, and started a conversation with his wife: ‘Meash, have you asked the Lord to bless our farm recently?’

‘Well, we need to pray and ask God to continue to bless the farm,’ Robert responded. That was when they prayed for God to bless their farm.

A few days later, and after a few missed calls, Robert found that a message had been left by the BBC. It was a request to come and film their farm for an upcoming episode of Escape to the Country. They called back straight away to find that the opportunity had passed them by; the BBC representative said that they had decided to film something else.

Feeling rather despondent and morose, they did not know what to do, but a peace rested upon the Sullivan household. After some time, the family remembered a scripture verse. It was Proverbs 21:1, which reads, ‘The king’s heart is in the hand of the LORD, as the rivers of water: he turneth it whithersoever he will’ (KJV).

The family jumped up and decided to claim God’s promise. Robert and Michelle asked the Lord, ‘If You can be glorified by our farm being on this television programme, please change the hearts and minds of the BBC producers.’ The following morning the BBC representative called back and said that they had spoken with the producer, and they still wanted to film the farm. They did so, and viewers were able to watch the episode on BBC iPlayer until 24 March 2021.

Not too long after this, the Sullivans received a message from a video production house for Jay-Z and Pharrell Williams (Michelle didn’t know who Pharrell Williams was, and had to google his name). They were asking if they could feature their farm in an upcoming video, showcasing black entrepreneurs across the globe.

The family felt a little reluctant to be included at first, not knowing what the content would be. After much prayer, the Sullivans felt impressed to allow this video production to include their farm. Once the video was released, much attention was drawn towards the farm. The farm was also featured in the Telegraph, BBC News, BBC Breakfast TV, BBC Radio Scotland, Reuters Group, farming periodicals and many more papers and periodicals around the globe.

After five years of farming on one acre, circumstances called for a need to move. The family prayed to the Lord to provide them with new land. Three days after they prayed, the family received a call from the CEO of what is known to be the largest privately owned hotel chain in the UK. In this call, the Sullivans were asked whether they would be willing to move onto the land of one of the Aberdeenshire hotels that covers 2,400 acres. The family were also asked whether they would be able to supply ten Scottish hotels. 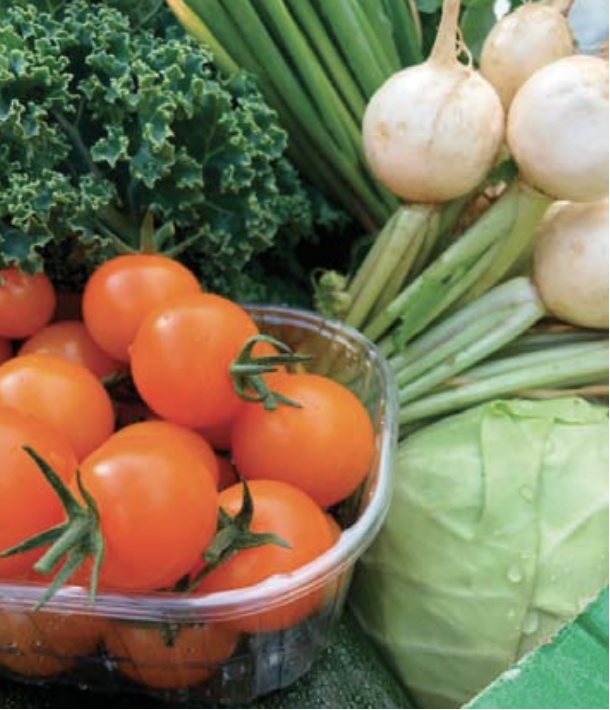 The family feel blessed that they are able to serve their community in this way. They feel that their prayers have been answered. Jesus says, ‘And whatsoever ye shall ask in my name, that will I do, that the Father may be glorified in the Son. If ye shall ask any thing in my name, I will do it’ (John 14:13, 14, KJV).