The plight of the homeless and those sleeping rough has never been at a more drastic level. According to latest government figures in the autumn of 2020, 2,688 are estimated to be sleeping rough every single night. This staggering figure must be labelled inaccurate at best, with the knowledge of accounting for those without a home and safe place to sleep is a near impossible task.

Although the government claims to have helped 90% of homeless people off the streets through lockdown, reports of rough sleeping in the UK rose sharply in the recent months. Support networks shut down, friends and families closed off their homes in fear and charity drop-in centres were forced to close their doors. Therefore, it is no wonder that as the economy shut down, the numbers of those on the streets rose.

This rise was particularly pronounced in the country's capital; London, whose streets normally house an estimate of 4,227 rough sleepers every night. In early January I received an email asking for volunteers to help service a Grab & Go food distribution scheme at the Seventh-day Adventist church in Chiswick, West London. Having now completed two shifts in the past month, I thought I would speak to the founder and organiser Marcia Silvera about her work. 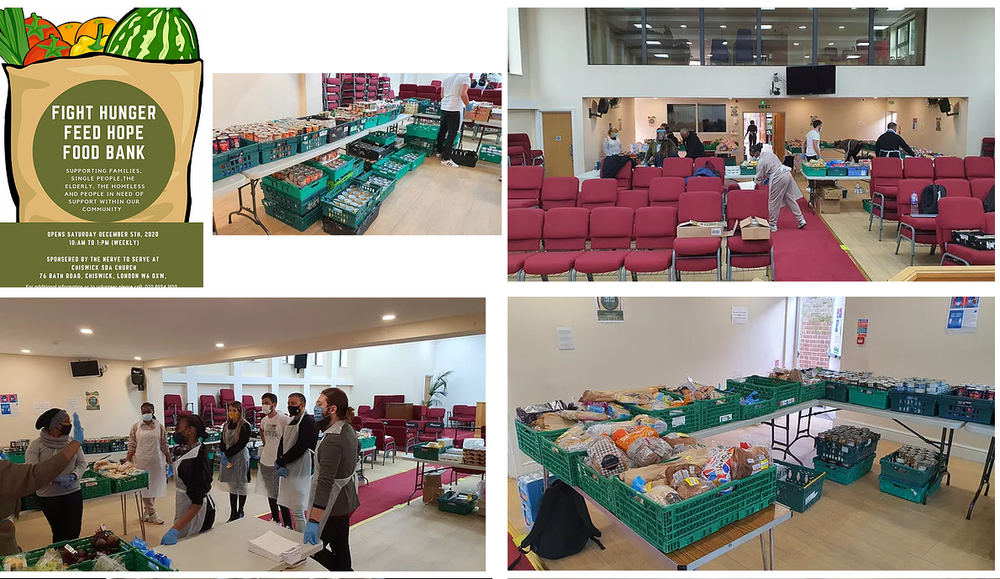 "About two years ago I read an article about the plight of the homeless in London, the article emphasised their struggles and challenges faced on a daily basis. Later, I was then watching a Channel 4 documentary made at the time, interviewing people on the street and one of the main things that came across was the desire that rough sleepers had to have access to a hot shower. Considering the church that I attend and acknowledging their access to shower facilities and a kitchen, I thought maybe we could think about developing this as a service."

Now two years later, having kick-started the operation with the help of 'The Olive Branch', the church offered what was known as a drop-in service. A weekly shower facility, a change of clothes, a sit-down hot meal and the offer of friendship was established and was gladly and willingly received. With an average of 11 rough sleepers, those in temporary accommodation and homeless attending the service on a regular weekly basis.

The service ran successfully for a year and two months and over that time over 35 different guests came and went, until unfortunately they were forced to shut down in March of last year due to the global pandemic. Marcia told me; "we wanted to reopen the service, but in a different way, so we changed our service aiming to provide the Grab & Go, which we opened in January 2021."

The finance of the service is completely covered by a combination of church member donations and the church establishment, who provide funds to develop community projects based on the needs of the community.

My experience volunteering at the Grab & Go service has been both eye-opening and rewarding. Working alongside a team of passionate and caring individuals, greeting the guests who come to us is a pleasure and the ability to strike conversation with them and discuss their hardships / the weather / the hope for summer, is something I hold with me for the rest of the week, until I next see them.

Marcia explained to me that the guests' main need was to utilise the shower, and how therefore at the earliest possible opportunity she hopes to have the ability to open up the shower service. Eventually the church community hopes that with the return of normal life, the drop-in service can recommence and alongside that the camaraderie between guests and volunteers alike will resume.

I sincerely hope that the time to resume the original service will come sooner rather than later, and I look forward to volunteering for the foreseeable future, welcoming and offering a hand of friendship to any of those in need.

See the below links for further information/reading: