In a recent video interview Sophia Nicholls tells her story and the reason she and her husband Nigel, formed the Adventist Special Needs Association (ASNA). The video interview was in response to receiving an award for Outstanding Leadership from the South England Conference (SEC) celebrating 25 years of Women's Ministries held from 4-10 October. She was interviewed by Janice Lendor on behalf of the SEC's Women's Ministries team.

Sophia's story and response to receiving the award are shared here.

My journey started, 21 May 1996. I was about to have my first child Matthew – it was a water birth. I remember lifting him out of the water and looking down at him and thinking that there was something unusual about his face. I noticed that one of his eyelids opened, but the other one did not. I prodded around as a mother does, and looked up at the midwife and said, "What's wrong with his eyes?" She reassured that everything was OK, but within a couple of days, we were taken to Great Ormond Street Children's Hospital where a consultant informed us that our son was born with a condition called 'Peter's anomaly (PA)'.

Along with PA he had scarring of the cornea of his eye. Matthew was registered blind, he would, though, experience some light perception.  As he grew older, we also became aware that he was not keeping up with his milestones which caused us some concern. Referrals to specialists confirmed that Matthew had learning disabilities and autism. It would be difficult for us to communicate with him, and he had some very unusual sleep patterns.

For Nigel and I, Matthew's birth took us on a journey which catapulted us into a totally different world, one of isolation, exclusion, and exhaustion. It was a challenging time. The challenges of the early days drew us closer together. We spent much time learning about visual impairment, joined a number of family societies, and met up with other parents, but began to wonder, ''Surely there must be other Adventist families who also had children with disabilities." For a while we felt as though we were the only Adventist family in the UK that had a child with a disability!

When we went to our church community, there was very little understanding of what it is like to parent a child with additional needs – in particular, autism. Matthew found enclosed spaces difficult to cope with and would not sit quietly. Sound and noises would often affect him in a negative way, and so in response he would scream. It ended up with my husband and I taking turns to attend church. I would often stay at home, or stay in the car with Matthew, while Nigel would join the congregation for worship. In the end I stopped going to church because the situation became impossible. I would sit at the back with Matthew, he would make a noise, others would look around to see what was going on, − 'tut' − and through their expression of annoyance, made me and my family feel excluded and not part of the church family. We never felt we belonged. I would also get a sense from members that there was something I had done in my past that resulted in having a child with a disability. It made us feel as though we did not belong to the church community.

In 2000 our family attended the General Conference Session held in Toronto, Canada, a gathering of approximately 65,000 people, with an expectation that at least in this context there would be understanding and the ability to make some provision for people with special needs. We took Matthew to the children's Sabbath School, but were met at the door with a notice, "We do not cater for children with special needs." Shocked – we decided that we needed to do something about this within our own church.

On our return to the UK, we placed an article in the Messenger, sharing our story, to find out if we were alone. If there were other parents with similar children, would they like to meet up? Within a couple of weeks, we had a number of families contact us saying, "Wow, great to hear your story – thank you for sharing it, we are experiencing what you are, and it's great to know that we are not alone!" 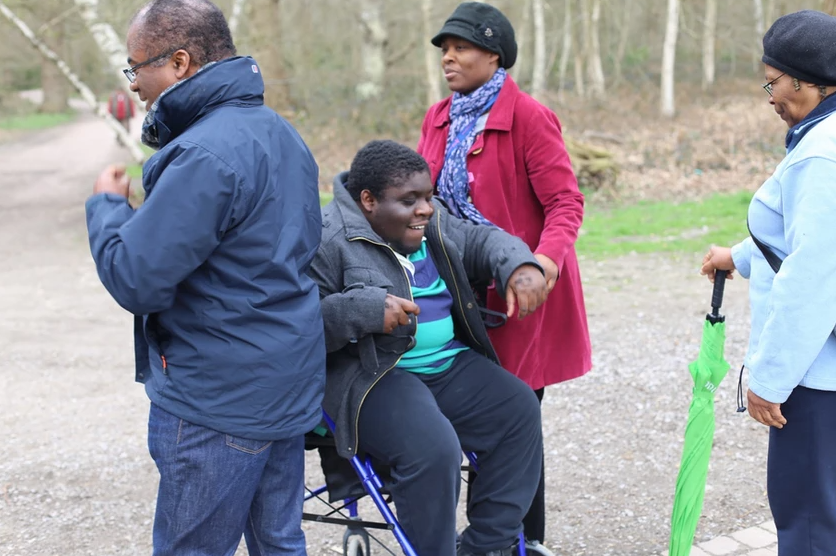 That was the birth of the Adventist Special Needs Association (ASNA) which became a charity in 2003. ASNA is a user-led small faith-based charity with two main functions.

On one of our annual ASNA breaks, a lady attended who had been invited by a member of the church she attended, although she was not an Adventist, not only that, but really didn't want anything to do with Christianity. Her son had severe autism. She came along to one of our Carers breaks.  Our aim at this type of retreat is to give carers an oasis of calm and an oasis of support. Participants experience health workshops, along with having fun together, and this lady was impressed and inspired that the Adventist Church had this ministry. On her return home, she practised some of the new lifestyle principles she'd learnt, and wanted to start attending her local Adventist church. To cut a long story short, this lady is now a member of the Church, and serves on the ASNA board of trustees. 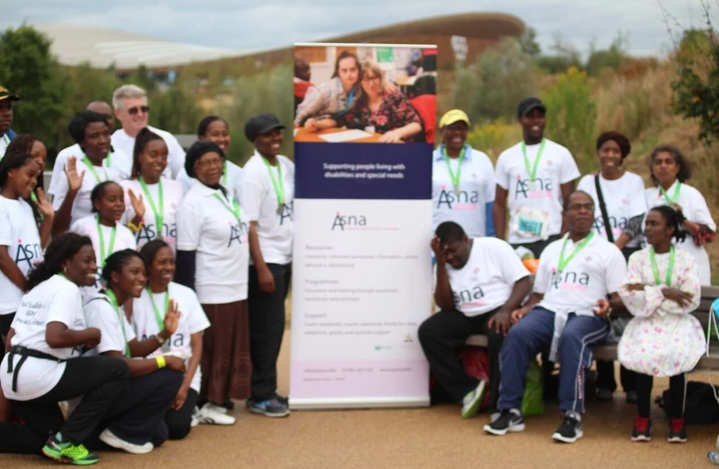 The heart of ASNA's ministry is to ensure that anyone with special needs, any parent with a child who has special needs, or anyone who lives with a disability or special need feels that they have a place where they belong and that God loves you no matter your circumstance. We are all made in the image of God and have value in God's sight.

I have also wanted to help people understand that if you are living with a disability – it is not because of your personal sin that's resulted in you having a child with a disability. I remember some well-meaning members suggesting that if we prayed hard enough, or confessed our sins, the Lord would heal our son, and he would be able to see. That was told not only to us, but also to other families.

I read John 9 and feel very encouraged by what I read there. When the disciples asked Jesus the very question, 'Why was this man born blind' – and Jesus said it was nothing to do with the sins of the parents. "It was not that this man sinned, or his parents, but that the works of God might be displayed in him" (John 9:3-4). 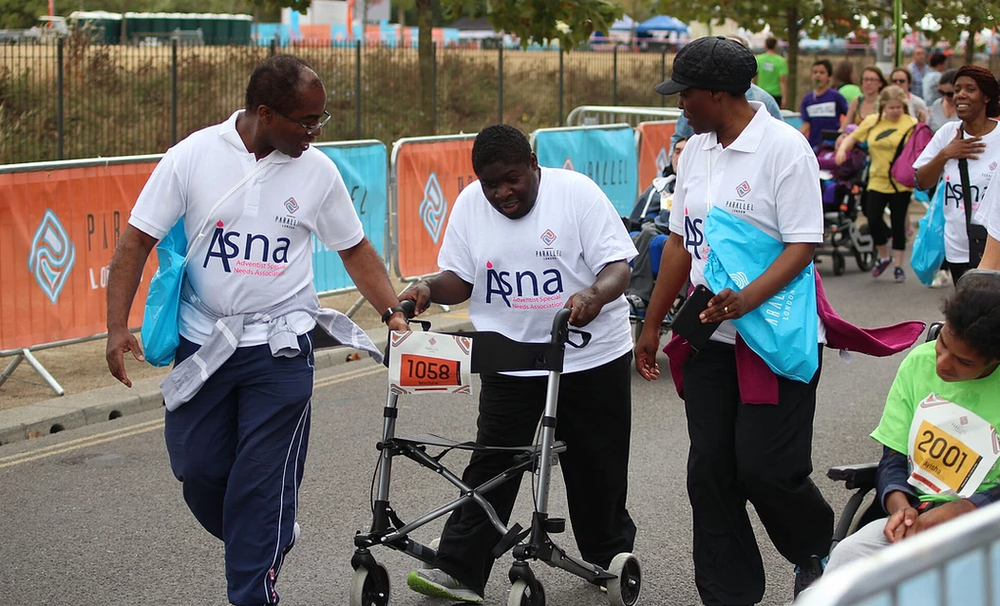 I feel both humbled and very blessed to be receiving this award. I believe that God has placed our family in this situation and feel blessed when I think about the number of people we have helped, supported and encouraged with our story. I hope and pray that our ministry has demonstrated outstanding leadership, in that sense, to lead people ultimately to Christ. I see that as my purpose in life, using the gift of having Matthew to help others. If we had not had Matthew, we would not have started ASNA twenty years ago, we wouldn't have met so many people, heard so many inspiring stories they have shared. Neither would we have experienced individuals and families praising the Lord for ASNA's help and support in helping them feel that they are not alone. God loves us as we are. We are made in His image and without question He loves us. Our family prayer is that the ministry has changed people's lives and led them to Christ in some way.

To discover about the work of the Adventist Special Needs Association click on this link.

She also directs a community choir with another music-based charity, Soundabout. During her time with the Soundabout Inclusive Choir, Sophia was interviewed along with her husband Nigel which was aired on the front page of the BBC Online News with Matthew and Christopher James  (their children) about their experiences as a family living in the lockdown and how the choir helped maintain connection with other families and people living with disabilities at risk of isolation and exclusion.

The interview by BBC correspondent Fergal Keane OBE, featured on the National BBC early evening (6pm) and late night (10pm) news. It was also featured on the BBC World news in America. Following on from the news items, Sophia was interviewed on Songs of Praise where she shares her story from a Christian perspective. This interview can be seen here.

We commend Sophia for all her efforts and initiatives both within the Church and the local community.