The 'One Vision Project' was awarded a High Sheriff of Hertfordshire Award last year for its innovative scheme to encourage local groups to work together, sharing resources and expertise for the benefit of their local community.  During 'Lockdown' the project came into its own as people worked together, forgetting their political and religious differences to help those in need during the current health crisis.

Last month six people from 'One Vision' Team, the umbrella name for the group of local charities in the Watford area, received a certificate awarding them 'Hero of Hertfordshire' status signed by The Lord Lieutenant and The High Sheriff of Hertfordshire for their selfless work for others during the current Cononavirus epidemic. All are currently working on a voluntary basis at the local hub based at Stanborough Park Church. 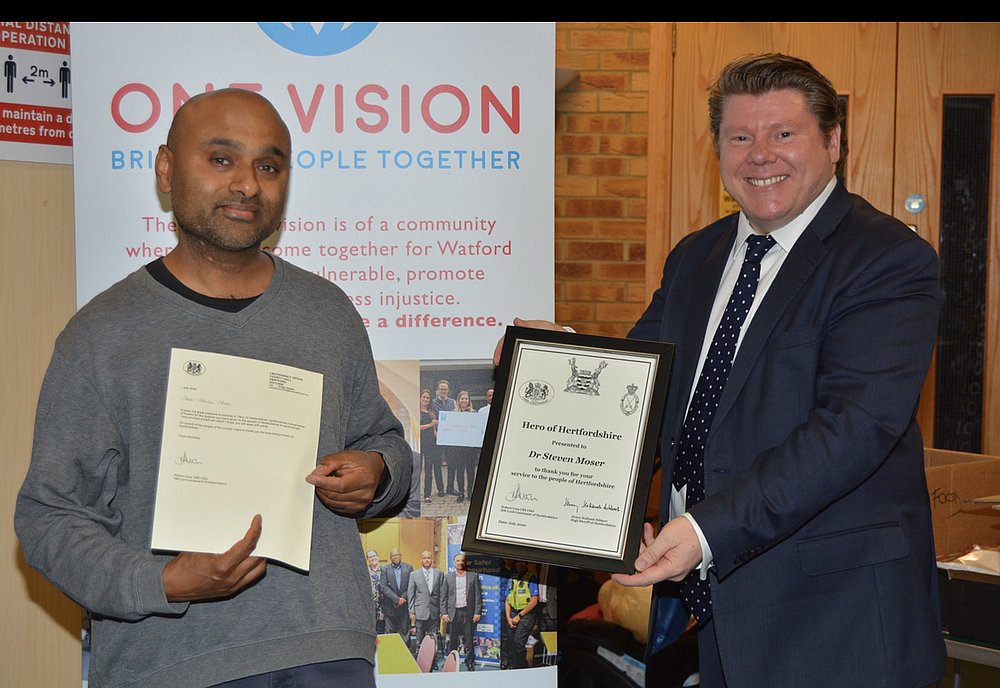 Two are members of Stanborough Park Church; one is Enoch Kanagaraj the Chairman of 'One Vision' whose idea led to the founding of the group and has worked tirelessly during the outbreak to keep supplies moving to the vulnerable members of the local community. The other one is Dr. Steve Moser, a consultant at a central London hospital who spends many hours preparing meals for distribution to homes in the locality. 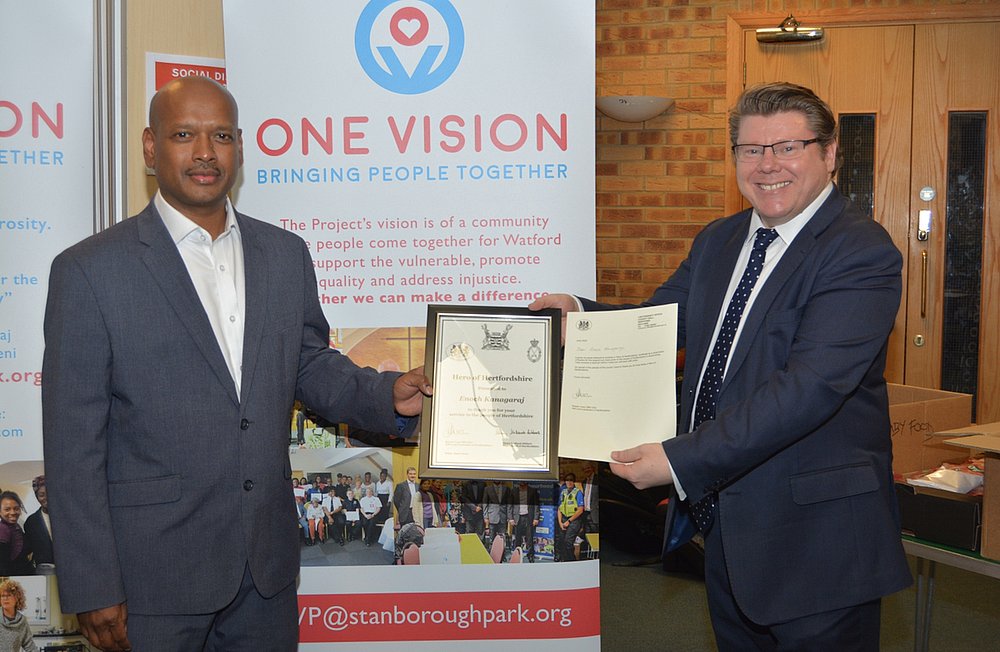 'Amazing people going beyond to help the vulnerable in our community', says Enoch.

Enoch was also pleased by the visit of TED President, Pastor Rafaat Kamal, during June on a fact-finding mission who also presented certificates to a group of young people who were playing an active part in bringing aid to the needy in the locality by helping the local hub based at the church during the current health crisis. Later he took part in a discussion afterwards with various members of the One Vision committee. To see them discussing how 'One Vision' is achieving its aim of 'Bringing People Together'  check out on YouTube

One Vision is being presented at a General Conference session where It will get a two minutes spot in the GC LEAD conference in the autumn and part of an example of being the hands and feet of Jesus. Its work during the crisis has been featured on the TED news site along with ANN and the Review web site.


More recently it has been the subject of an interview between Messenger Editor Pastor David Neal and TED President Rafaat Kamaal who expresses why 'One Vision' has captured his imagination.

All in all a very busy time for 'One Vision' and its founder, Enoch, who gave the sermon during the virtual service on 25th April outlining the group's work - which has since expanded out in many areas including forming a Youth Council which is developing links with youth across Watford.