The Coleraine church building was dedicated in 1974. The Adventist story in the area, though, goes way back to around 1910. The story starts when two brave men rented an old cottage in Carnglass, a small settlement near the current village of Ballybogey, Northen Ireland. They were Pastor R Musson, an evangelist, and Robert Whiteside, who later became a pastor. Six nights a week, for several months, the two men held meetings in the big cottage kitchen with between 35 – 40 men attending each night. Great interest was aroused, but with it came great prejudice. Night after night horns were blown, stones were thrown, and shots fired. One time all the windows were broken. At times the police had to come from Portrush to protect them. Still they continued. At the close of the campaign, 14 were baptised in the ocean near the Giants Causeway. With these 14 believers a company was formed. They met in the barn of the McAfee family on Kilmoyle Road. They stood firm to their new beliefs regardless of the ridicule and abuse they received. One morning, one of the believers awoke to find a poem stuck on his barn door. (See below.) Their witness was powerful.

The group meet at the McAfee farm until around 1946, when they moved to a nissen hut structure in Coleraine. The church group worshiped here for about 20 years. 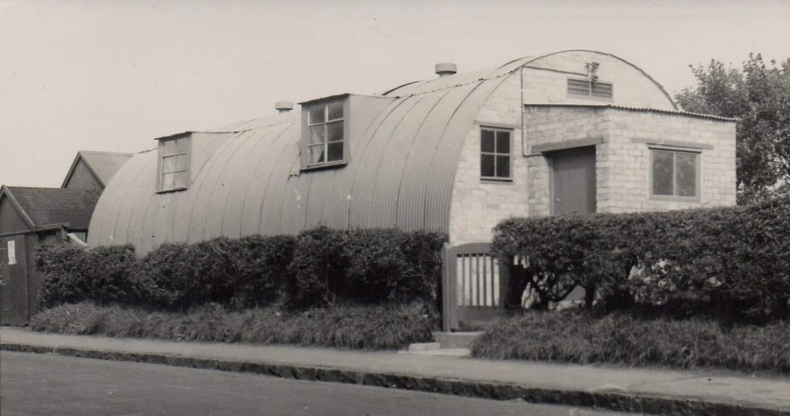 They then moved and used a room in the nearby Orange Hall. In 1974 a new church building was completed and the new Coleraine SDA Church was officially opened on 12 October 1974.

Coleraine church, once a vibrant congregation, has dwindled in size. People have moved away, others have passed away, but the small group of members who remain are committed and faithful. Most do not live in Coleraine, but in the surrounding districts. Please join them in praying that God will use them to be a shining light in their neighbourhoods.

O glorious Advent. O beautiful light.
Thou hast come to Carnglass in the hour of thy might;
And people who wallow in folly and sin
Have opened their arms for to welcome thee in.

Since Musson and Whiteside have dropped from the skies
The people have shaken the scales from their eyes;
They have slumbered too long on this heathenish shore –
How curious nobody told them before!

They listened to the tales of these wonderful men,
Who told them the glad tidings all over again;
And soon they had formed quite a neat little band,
Who commenced to work with a heart and a hand.

The first to receive the new light was John Shiels.
You can only imagine the joy that he feels;
For he constantly laboured and never lost hope,
So they raised his position and made him a “Pope”.

When Robert McGonaghy heard the glad news
He, too, joined the party of the wondering “Jews”,
And Sister McVicker was close on his heels,
But none of them all took the place of “Pope Shiels”.

When Musson got up and read out the new rules
They took such effect on the Seventh-day “fools”,
That they vow’d they’d for ever be true to their cause,
And never forget the Old Testament Laws.

They read the commandments with pleasure untold
And they stuck to the fourth like a nugget of gold;
“Six days shalt thou labour and do all thy work”,
And “woe to the man that is found eating pork!”

If you break this commandment you’ll rank with the cursed;
Thou shalt rest on the seventh instead of the first,
You must spare the preachers a tenth of your pay,
And cut down the rations to two meals a day.

Sweet Seventh-day Advent, O Glory Divine,
For a share of thy blessing the Lunatics pine,
All other religions will stand in the shade,
But the light of thy majesty never will fade.

I fervently hope, when the leaders have gone,
That Pope Shiels will be able to still lead them on,
And march with his army, with banner unfurled,
To a synagogue raised as a mark to the world.