My Thursday evenings are usually reserved for Church and Core Group Boards and/or Elders Councils. Last Thursday 25 June, was Rochdale Adventist Church’s turn. It dawned on me during the afternoon that the board meeting was going to clash with the Chelsea v Manchester City game. The result of this game would determine if Liverpool Football Club (LFC), the team I support, would be declared Premier League champions that evening or not. Now the board meeting surprisingly ended early (not that I am complaining) just as the football game was about to start. Perhaps, I thought there were other Liverpool fans on the board.

The football match itself was an exciting game and Chelsea won meaning Liverpool were declared champions of England after 30 years. I was so excited, so I asked my wife Beatrice to take a picture of me while, Liverpool football legend Kenny Dalglish, was being interviewed on the television behind me. Later I sat down and started browsing the Guardian’s live coverage of this historic event. At the bottom of the page was a question: Are you a Liverpool supporter? Can you share with us where you were last time Liverpool won the title?

Well, in my excitement and euphoria, I thought, I can answer that, so I wrote, 'Hi, I am Julian, I work as a pastor for the Seventh-day Adventist church, I live in Greater Manchester, and the last time LFC won I was in high school in communist Albania (1989-90).' That is all I wrote and didn’t think much of it.

Early next morning, I received an email and a phone call from The Guardian office in London. They told me they had received hundreds of comments but had shortlisted my story and kindly asked whether I could give an interview, which I did. I was able to share with the journalist (who was very polite, professional as well as a fellow LFC supporter) about my childhood in communist Albania and how we would watch international football games in secret on Italian television.

The journalist was obviously curious as to how I ended up as a pastor in Manchester, so I had the opportunity to briefly share with her about the story of my conversion – how I became a Seventh-day Adventist Christian and later as one of the first pastors in Albania. I also had the opportunity to talk about my educational experience at Newbold College of Higher Education, and my service in Albania and Germany, prior to accepting the call late last year by the North England Conference to serve as pastor in Area 2 in the North England Conference.

I told the journalist that God has a sense of humour and that I really enjoy pastoring various churches in the area. Many of my members are predominantly Manchester United supporters, so we do enjoy the constant banter. It was a very pleasant interview. Reflecting a bit afterwards, I thought that sports such as football provide natural bridges for us to use innovative and creative ways to witness to the post-modern secular world out there.

Yesterday morning, the  journalist sent me a very nice email with the link where my story features in the Guardian. 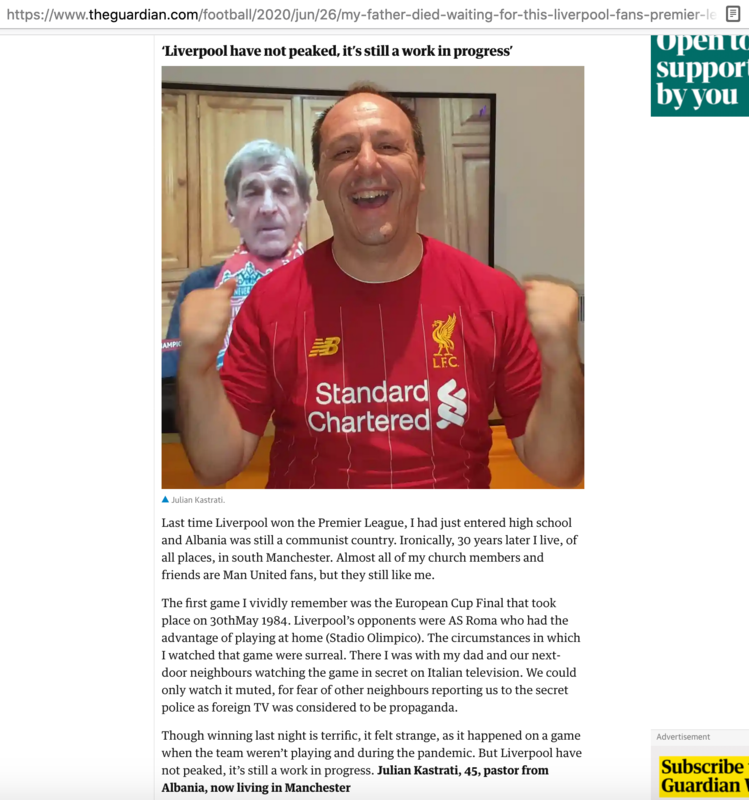 The text published by the Guardian:

'Last time Liverpool won the Premier League, I had just entered high school and Albania was still a communist country. Ironically, 30 years later I live, of all places, in South Manchester. Almost all of my church members and friends are Man United fans, but they still like me.

The first game I vividly remember was the European Cup Final that took place on 30th May 1984. Liverpool’s opponents were AS Roma who had the advantage of playing at home (Stadio Olimpico). The circumstances in which I watched that game were surreal. There I was with my dad and our next-door neighbours watching the game in secret on Italian television. We could only watch it muted, for fear of other neighbours reporting us to the secret police as foreign TV was considered to be propaganda. 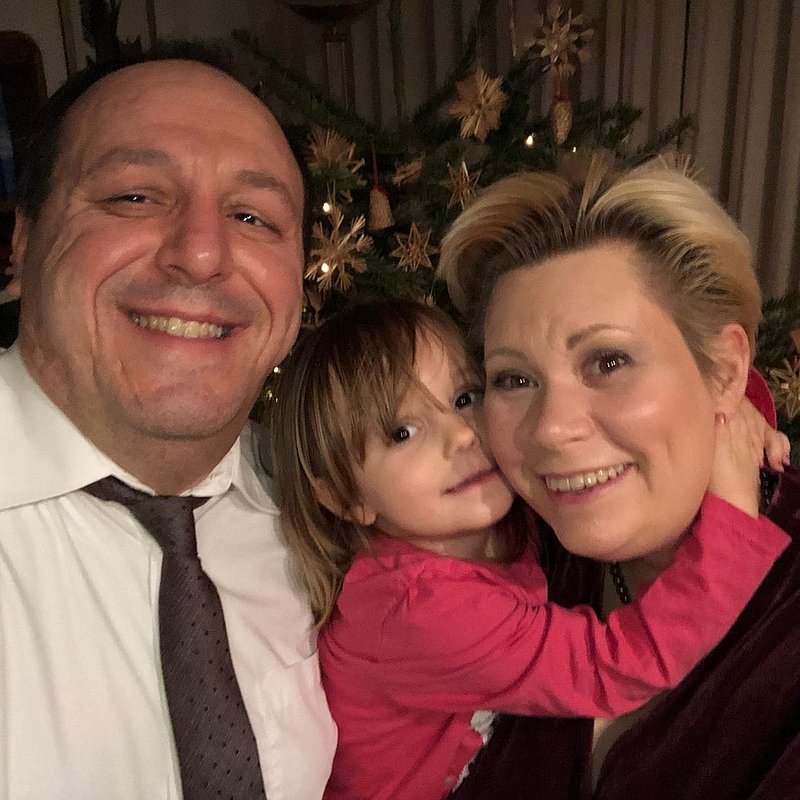 Though winning last night was terrific, it felt strange, as it happened as a result of a game when the team wasn’t playing and during the pandemic. But Liverpool have not peaked, it’s still a work in progress.

Pastor Julian Kastrai was born in Albania and served there for many years as Executive Secretary, Senior Pastor and church planter (BA Hons, MA, Newbold College).

They have a 4-year old daughter called Albulena.