The One Vision Project Hub based at Stanborough Park Church in Watford was formally opened on 30 April by Peter Taylor, the Elected Mayor of Watford and Watford’s MP, Dean Russell specifically to work in the local area during the Coronavirus pandemic.  Since that time, it has distributed hundreds of food parcels and other essential items to families in the Garston and North Watford area, as well as providing meals for children who would usually qualify for free school dinners from at least fifteen schools in the area.  Church members, Pam Robertson and Dr. Steven Moser have shared the preparation of these meals with others. Local teaching staff have also been volunteering their time and donations to facilitate this, and the head teachers communicating with these families have sent many letters of appreciation. 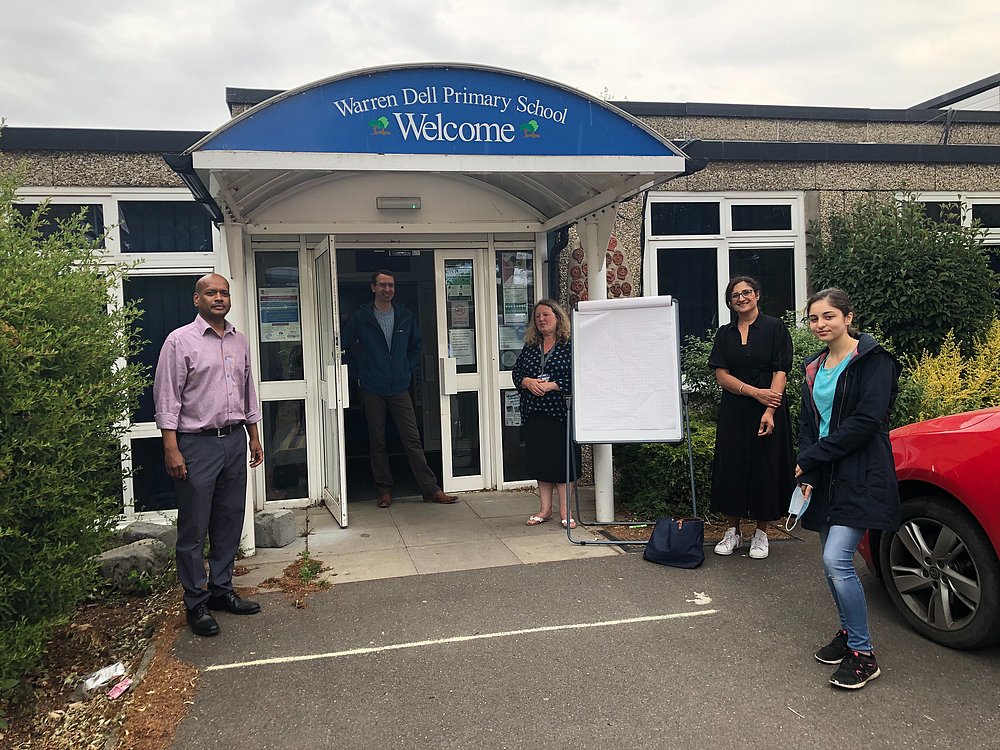 In the first week of May alone, 1041 hot meals were delivered to schools and to elderly or vulnerable members of the community, 190 food parcels issued, 6 weekly shops arranged, 17 Keeping in touch calls, 2 mental health referrals and 1 case of bereavement support.

The Hub functions in association with the BUC Health Ministry’s Restoration Convalescence Project with significant local leader involvement, such as former mayor and current Councillor, Rabi Martins, and local Councillor Liz Burns who are both active on a daily basis.  Senior Minister at Stanborough Park Church, Pastor Terry Messenger, and former church minister, Pastor Patrick Boyle are also keen volunteers. SEC President, Pastor Emmanuel Osei, has been very complimentary of the work of the group following his visit there one evening.

Watford Borough Council is coordinating local needs and One Vision is one of three main groups working in the town to meet the needs in its northern section of Garston and North Watford.  Many have contacted One Vision directly for assistance, including the Watford Muslim Association who wrote recently to ask for support for ten families who were either in severe financial difficulties or who had succumbed to the virus and needed support.

The Hub is also a distributor of PPE items which are being manufactured by a school in Eaton Bray, and already 30 Perspex face shields have been donated to the nurses working in a veteran’s retirement home in the local area.

One Vision obtains financial aid for its work from various sources including the local Rotary Club and Watford Synagogue. It has also been successful in receiving grants from Watford Borough Council and Hertfordshire County Council.

Young people form part of the volunteer team as well as local church members and anyone who would like to get involved is encouraged to contact the lead organiser, Enoch Kanagaraj at: enochkanagaraj@yahoo.co.uk Recently six youngsters were awarded certificates by the High Sheriff of Hertfordshire for their services at the One Vision Hub.

Enoch states, "The One Vision Project at Stanborough Park Church is committed to building stronger communities in Hertfordshire.”

How can you help? see poster below: 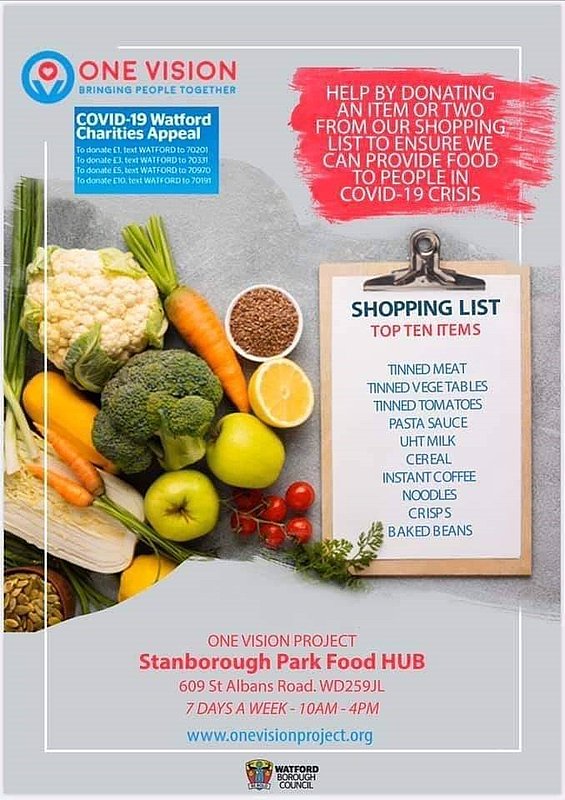