Our Union president mentioned in a message that while churches are to remain closed, our service to community should continue. This we did at Adventist Community Services (ACS) in Dublin. As long as government measures allowed, we went to the streets of Dublin on Saturday nights, by the General Post Office, where we shared hot food as we had done before the crisis.. 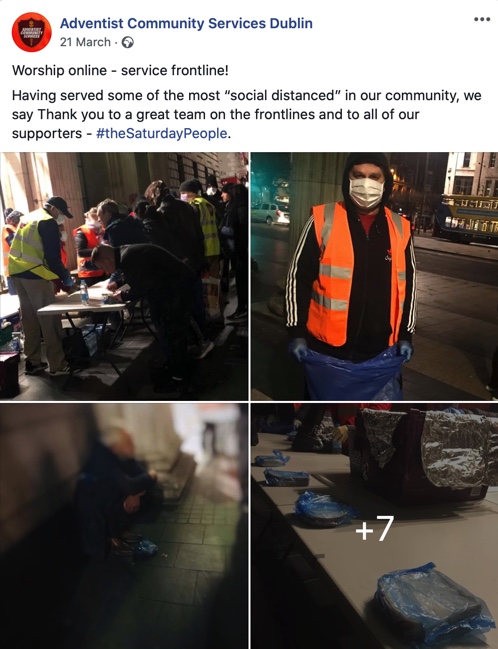 Then, on Sunday morning, a team or a family would prepare more than 100 Sandwiches for another organisation, Hope in the Darkness;  which also offers hot food in the street, on Sunday nights. as we are the sole provider for this item to

As sole providers of the sandwiches to Hope in the Darkness, another organisation providing meals at the GPO, a team or family from our church will prepare more than 100 items on Sunday morning for distribution later that evening. 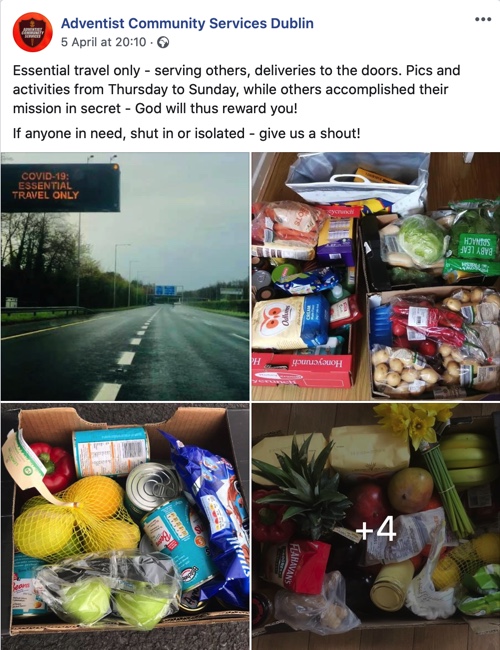 Our latest project was to serve even our own frontliners as dozens of our ACS Dublin volunteers are frontliners! Some have tested positive, and few became patients themselves... Four ACS teams covered more than 40 addresses, from Balbriggan to Gorey and from Dublin to Portarlington, with a little gift. Some of our hosts were at home, some were... on their frontlines. See the video with pics from this project, based on the story told by Jesus in the Parable of the Good Samaritan. 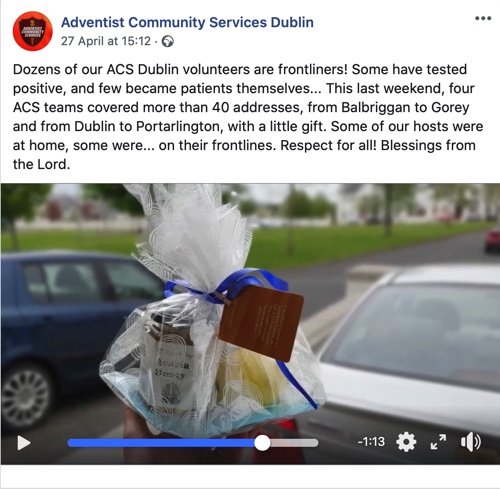