We were saddened to learn of the death of Frank Hugh Blewitt on 2 April 2020.  Frank was born on 29 January 1935 in Allahabad, India.  On 29 October 1961 Frank married Edna (Ruth) Brennan.  Their union brought about Paula and Dawn.

Before entering denominational work, Frank worked as a Radar Mechanic for the Royal Electrical and Mechanical Engineers.  He then specialised as a Computer Engineer and worked as a Computer Programmer, Designer and Consultant.  Frank was baptised on 17 December 1960 at the New Gallery, by Pastor Kenneth Lacy. 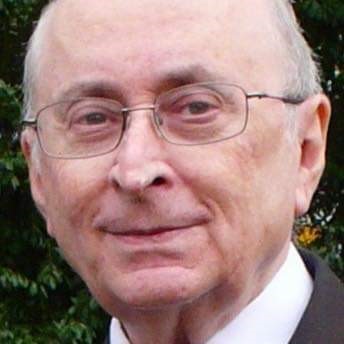 Frank joined the teaching staff of the former John Loughborough School in September 1986.  In September 1993 he accepted a call to Stanborough Secondary School where he continued to teach until his retirement in 2000.

Sadly, Frank was diagnosed with an aggressive dementia a few years ago and it is believed that he succumbed to the COVID-19 virus.  Our thoughts and prayers are with Ruth, Paula, Dawn and the wider family.

We now look forward to Christ's soon return and that glorious resurrection day.