International Women's Day provided Stanborough Park church with an opportunity to engage with the local community through its 'One Vision' project. Whilst French women were marching in the streets of Paris and other cities across France on 8 March for recognition of women's rights that evening saw Watford's MP, Elected Mayor, Chairman of the council and many councillors along with Hertfordshire Constabulary's Deputy Chief Constable and many other local representatives assembled together in the church for an award ceremony recognising the contribution and achievements of local women in what was once a man's world. 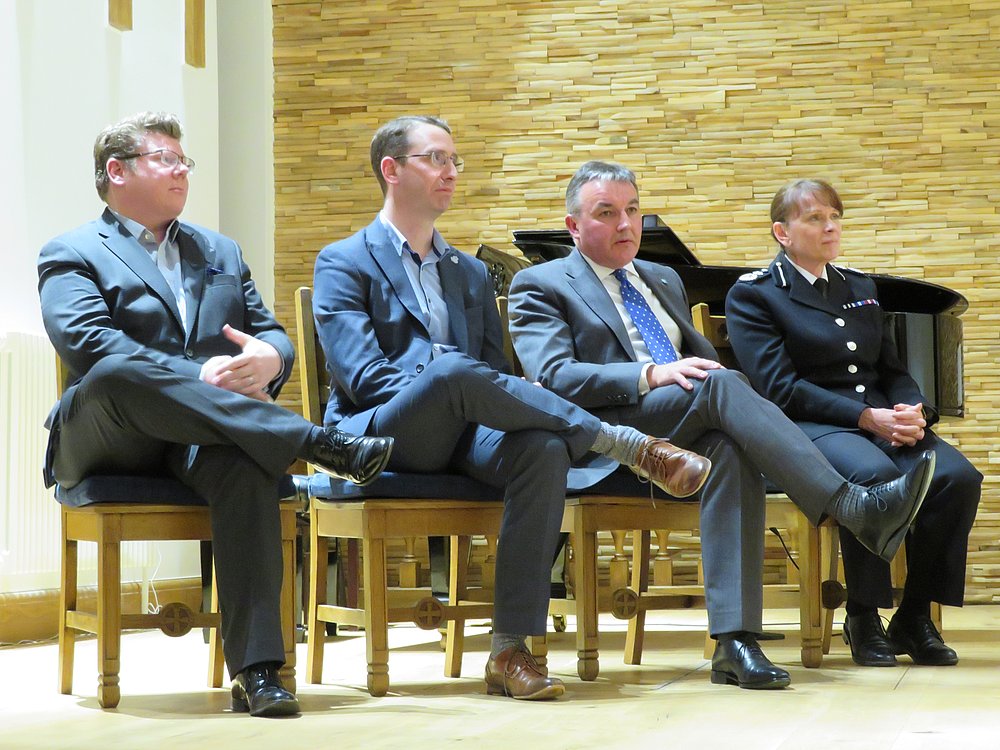 According to the Mayor www doesn't just stand for World Wide Web but also 'Watford's Wonderful Women'. A committed Christian himself, he has been very supportive of the One Vision Project which was set up by its chairman, Stanborough Park church member Enoch Kanageraj. The project has brought together a large number of local groups and charities as an 'action group' which aims to "share resources and skills and provide training, empower communities, raise funds and create a better everyday life in our town. It provides a forum for members to network, exchange ideas, share information and skills, support each other and provide a voice for the disadvantaged." (www.onevisionproject.org) As the group meet monthly in the Stanborough Centre the church naturally hosted the well-attended occasion.

Enoch Kanageraj, the church's Community Liaison Officer, is an employee of Co-op Food and has been able to obtain funding for many of the group's ventures from its Community Fund. This resulted in a number of speakers who were members of its management team, many of them women; all spoke of the role women have held in society and the contribution they make and should aspire to.

With the motto for 2020's International Women's Day being #Each For Equal, guest speakers for the evening included Vicki Costello the General Manager of Watford's Intu Shopping Centre and one-time Watford resident and TED's Executive Secretary Audrey Andersson.

Vicky started working for C&A and passing through a Customer Services route became one of just four females out of Intu's 18 managers. 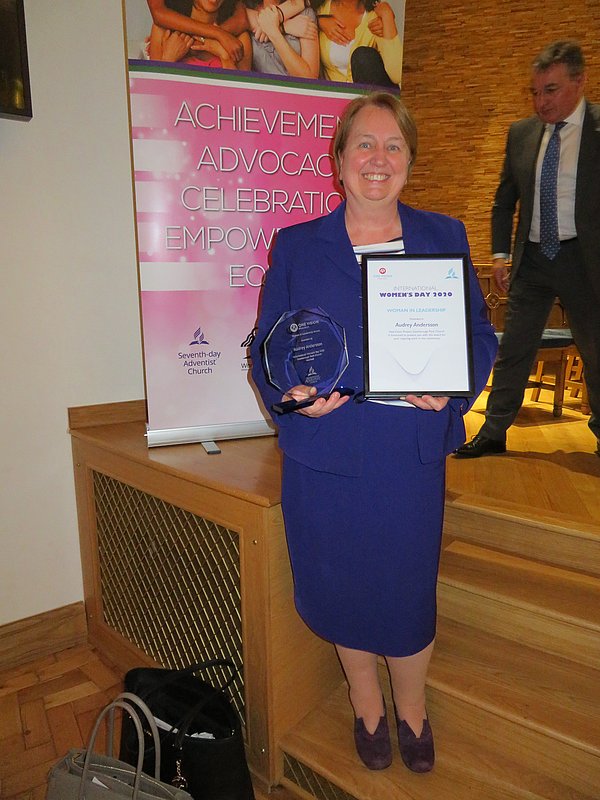 Audrey, having enjoyed a career in publishing and communication before becoming the Executive Secretary of the Swedish Union Conference, became the first and currently the only Executive Secretary of the 13 international Divisions of the Seventh-day Adventist Church and claims to have broken through 'the stained glass ceiling' as she described it.

Both women, who were presented with the 'Women in Leadership Award', earlier gave inspiring talks detailing their own rise to leadership in what was formerly a man's world and encouraging girls to widen their horizons and accept that anything is possible. Enoch reports that he received many emails praising Audrey's contribution and that the audience had 'fallen in love' with her.

As sponsors for the evening several Co-op staff, most of them women, gave talks about their own careers and the role of women in society. Julian Rickman Regional Manager was part of the platform party presenting the awards along with the Mayor, the town's MP Dean Russell and Michelle Dunn QPM, Deputy Chief Constable for Hertfordshire Constabulary.

Ten women were presented with the 'Community Impact Award' recognising the contributions each has made to the local community in their own way including church member Pat Walton a previous winner of the town's Audentior Award in recognition of a lifetime's service to the church fundraising, setting up the weekly Soup Run which has been serving London's homeless for three decades, taking over and running the Emergency Furniture Unit before it became under the umbrella of the area's Community Services and rebranded as 'Nine Lives' charity of which she is a trustee, organising the church's highly-regarded Welfare Service and Annual Toy Service providing toys for disadvantaged local children at Christmas since her father died. 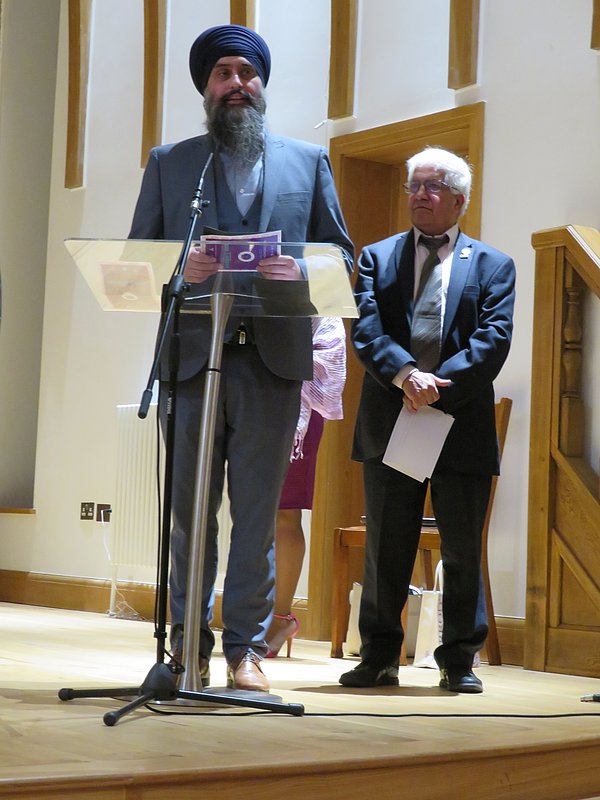 One recipient of the Community Impact Award was introduced by Harjit Singh from Hertfordshire Fire and Rescue Service a member of One Vision and is probably the first time that a member of the Sikh community has spoken in the church.

In addition, there were two 'Lifetime Achievement Awards' presented: 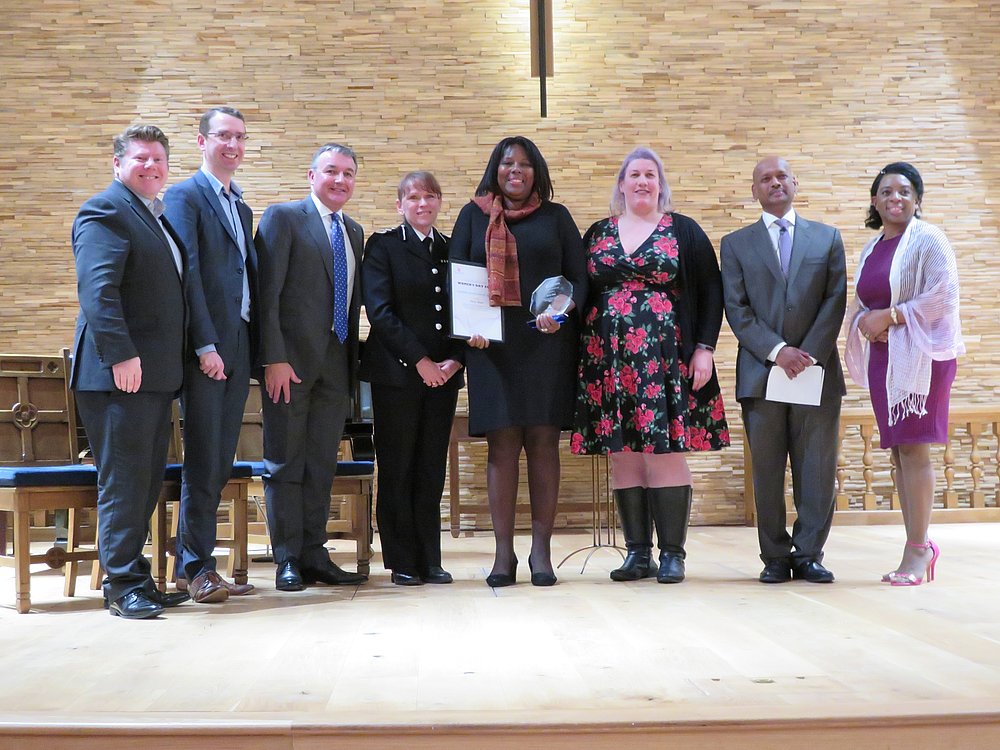 The first was to Alicia Shaw who has recently retired from her role as Chief Inspector for the North Hertfordshire Area who was born and raised in Watford. One of five female Chief Inspectors in the county force (50/50 split) she became Hertfordshire Constabulary's first woman from the BAME community to hold that role having risen through the ranks in what was traditionally seen as a man's world becoming a hostage negotiator in the process and finding herself being called out at all times of the day and night dealing with potential suicides. 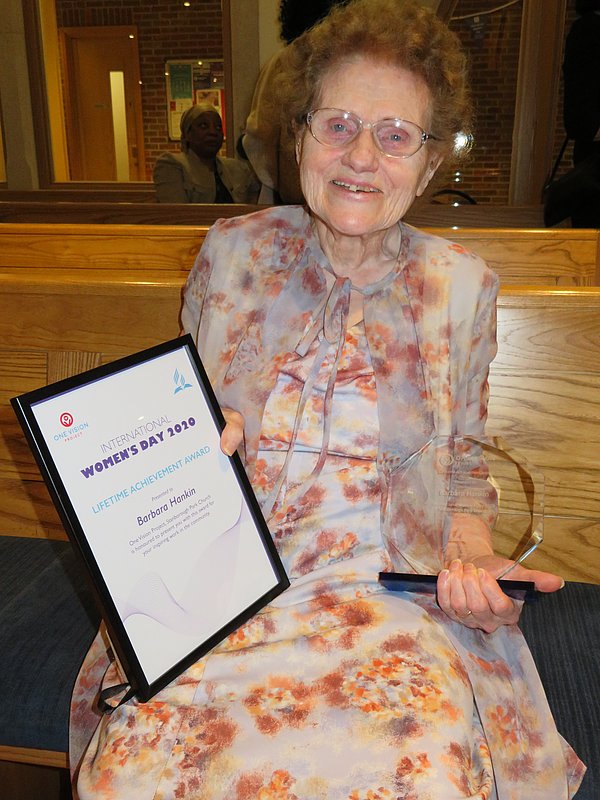 Perhaps the most memorable person to receive the award was church member 86-year-old Barbara Hankin who must be Hertfordshire's oldest 'Lollipop Lady'. She has stood outside Leavesden Green Primary School in Watford in all weathers for the past 11 years helping children and their carers across the road. She knows all the children's names and is much loved by them all. A few years ago she was a runner-up in the 'My Local News' 'Local Hero' Awards. She also finds the time to be a prison visitor at The Mount in Bovingdon and is a regular member of the church's singing group which visits different care homes each Sabbath afternoon! Many residents are a lot younger than her!

The evening included musical contributions from a harpist, Paul Lee and Adventist community choirs and lasted nearly three hours before finishing with a fellowship meal.

After the event Watford's Mayor, Peter Taylor, commented: "Thanks so much for organising the event − it was wonderful. This was a fantastic opportunity to thank some of the wonderful women in our town. I'm grateful to One Vision that organised this event and that we could recognise the huge contribution made by women in so many walks of life."

Michelle Dunn, Deputy Police Constable with Hertfordshire Constabulary commented, "This was a wonderful event where we celebrated some of the great achievements of amazing women in our communities, whose stories were inspirational. One of the key messages from the evening was the importance of developing ambition and confidence in girls and young women so they can achieve their potential."