English cricketer Monty Panesar tweeted just before the fun began: "At the New Year Parade central London come and join the parade biggest and the best city in the world.”

To mark the beginning of the 70th Pathfinder Anniversary Celebrations worldwide, Dagenham Eagles led the way in 2020. 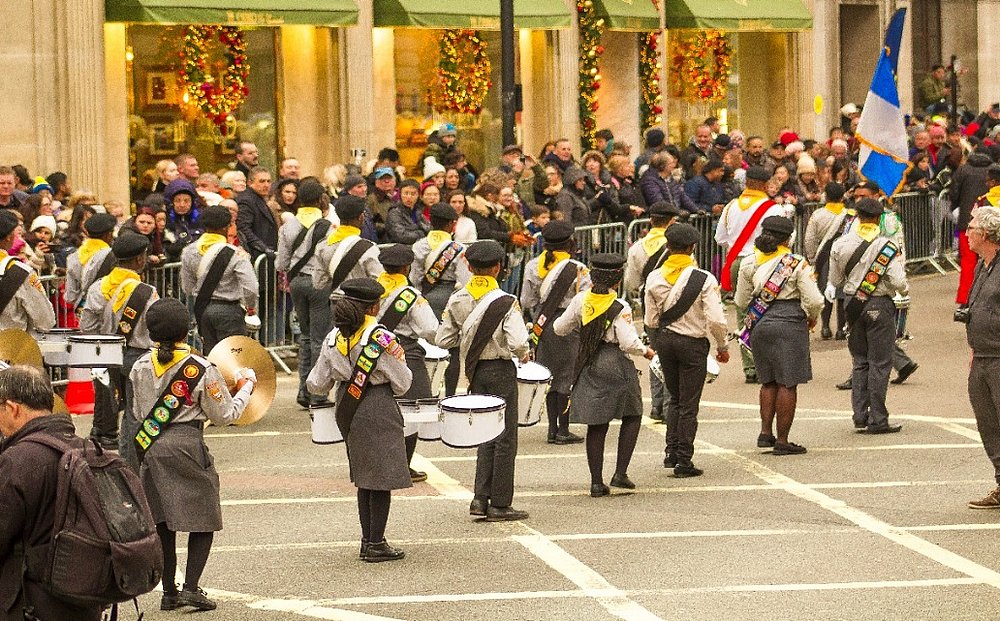 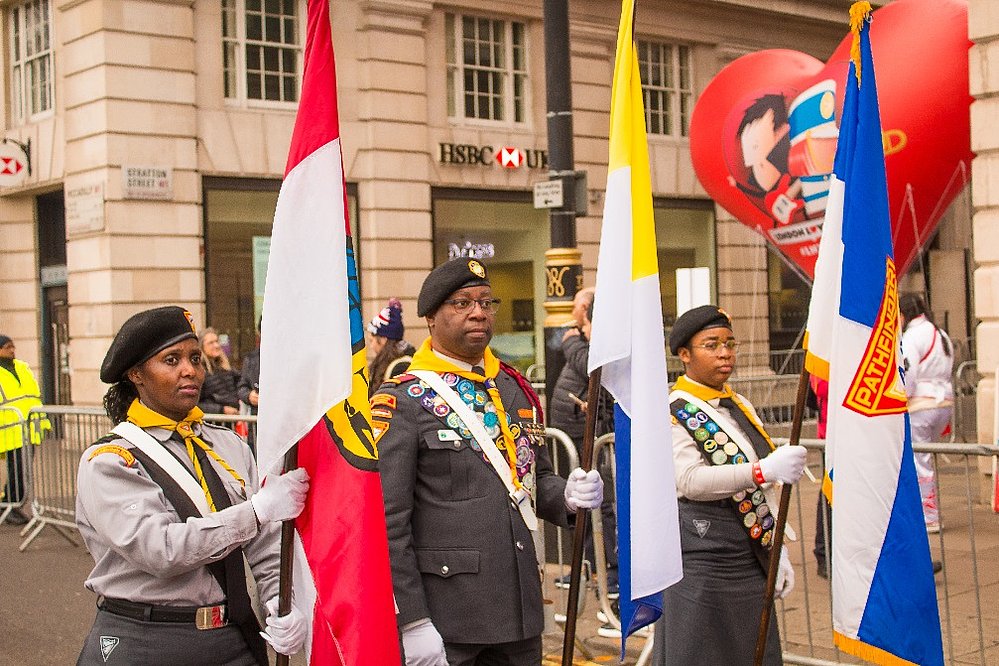 Sponsored by the Dagenham Seventh day Adventist (SDA) church and  others donors, Dagenham Eagles were among the first three Drum Corps in the SEC to pass the newly introduced Drum certification introduced in 2019. 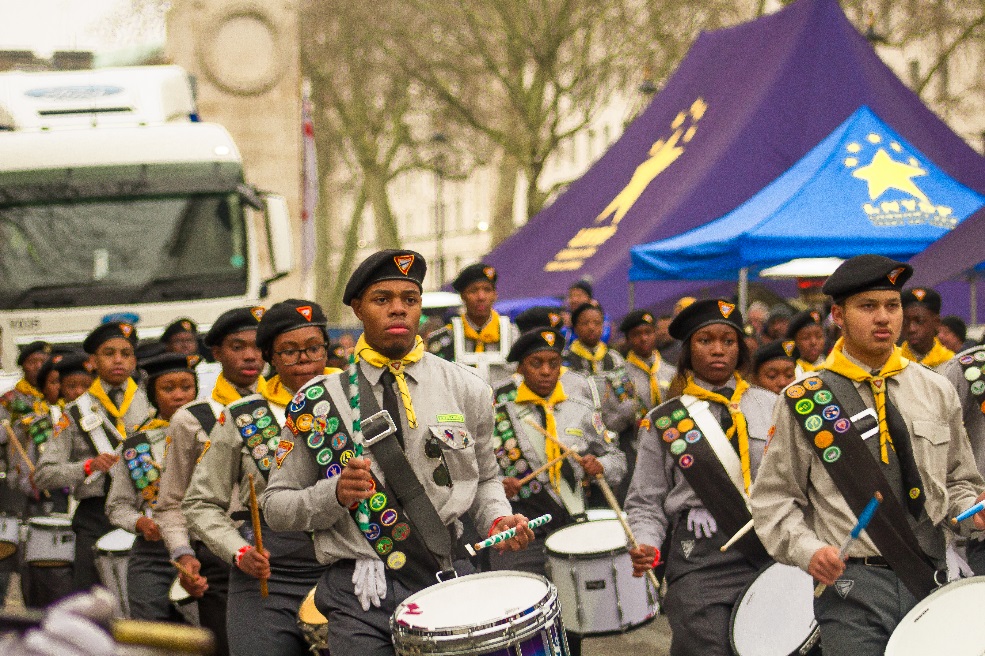 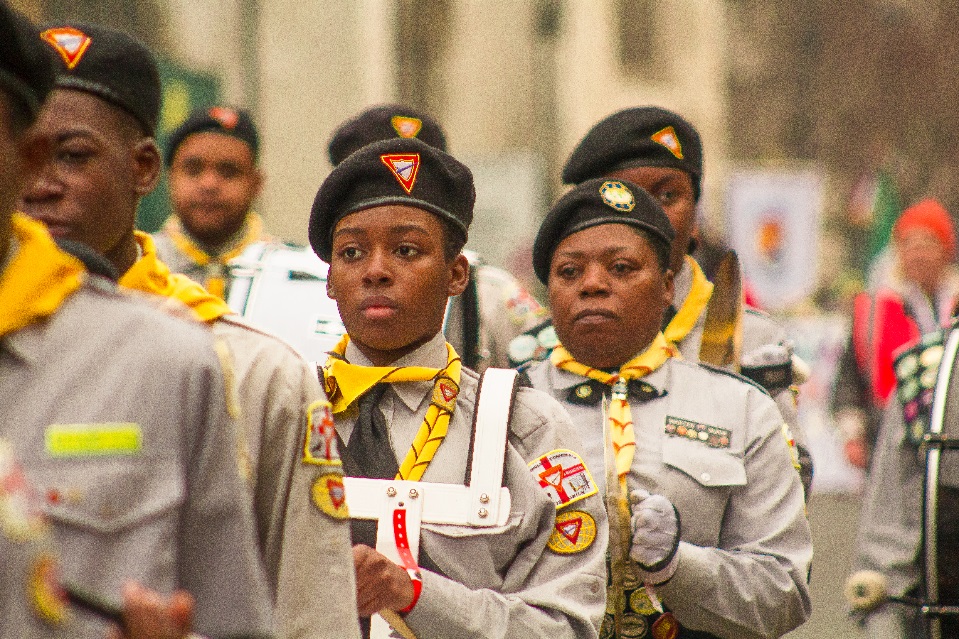 Today, Dagenham Eagles have a visible presence not only in London Borough Barking and Dagenham, and the city of London but the world stage as a participant in the world’s largest international street parade, that markets the UK and generate funding for Mayoral charities. 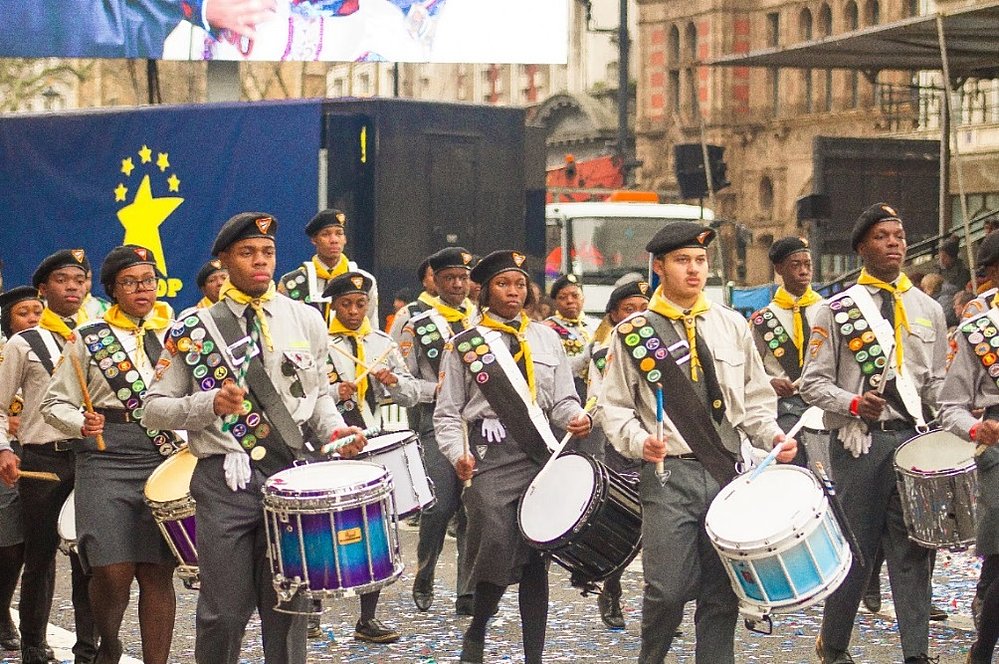 Dagenham Eagles has adopted and seeks to model the seven Nolan principles of public life - selflessness, objectivity, integrity, accountability, honesty, leadership to be messengers of hope and inspiration, through teamwork, commitment, resilience and discipline, to positively impact culturally diverse communities. 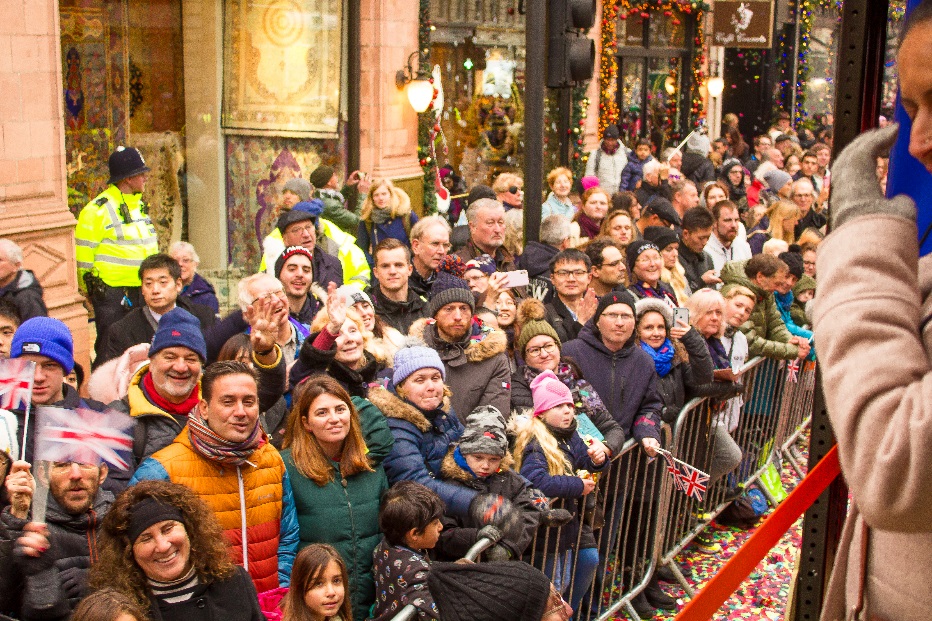 Some of our most iconic streets in Central London turned into a sea of joy and colour as more than 10,000 performers from more than 20 nationalities stood side by side in celebration. 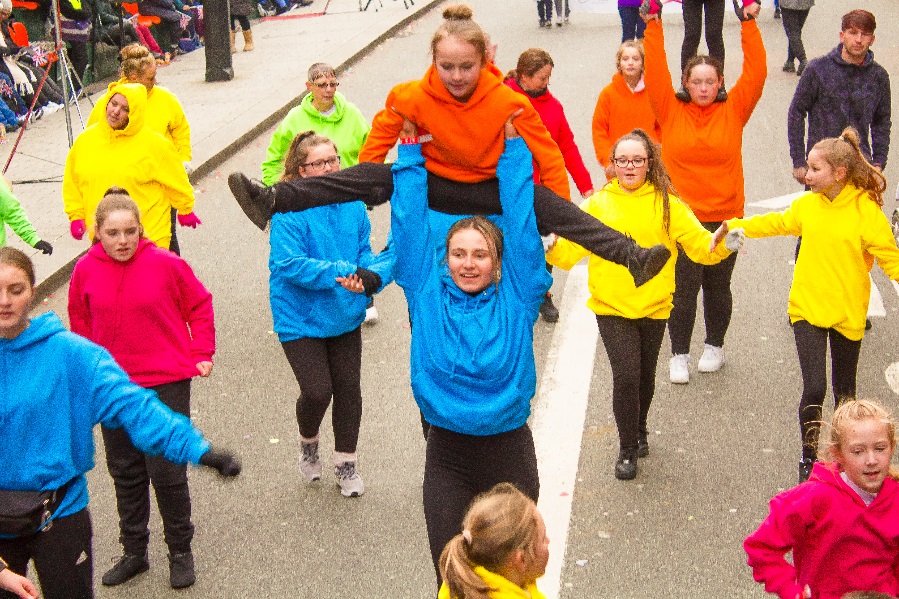 Director of Dagenham Eagles Director Dionne Corrodus-Weekes (shown playing the cymbals in the picture below) agrees with a message posted on the LNYDP website, by Mayor Sadiq Khan who said: "There really is no better place to welcome in the New Year than London”. 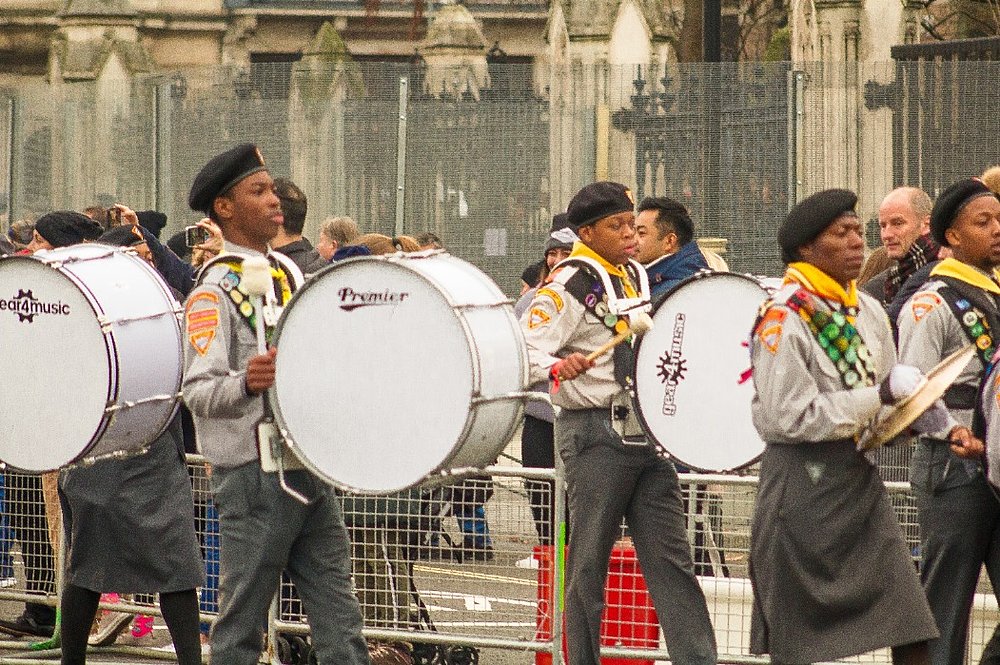 Director Weekes asserts, our pathfinders served with accountability, “for the love of Christ constrains us" to continue to reach more than 500,000 spectators, with millions more watching on TV, according to the parade’s website. 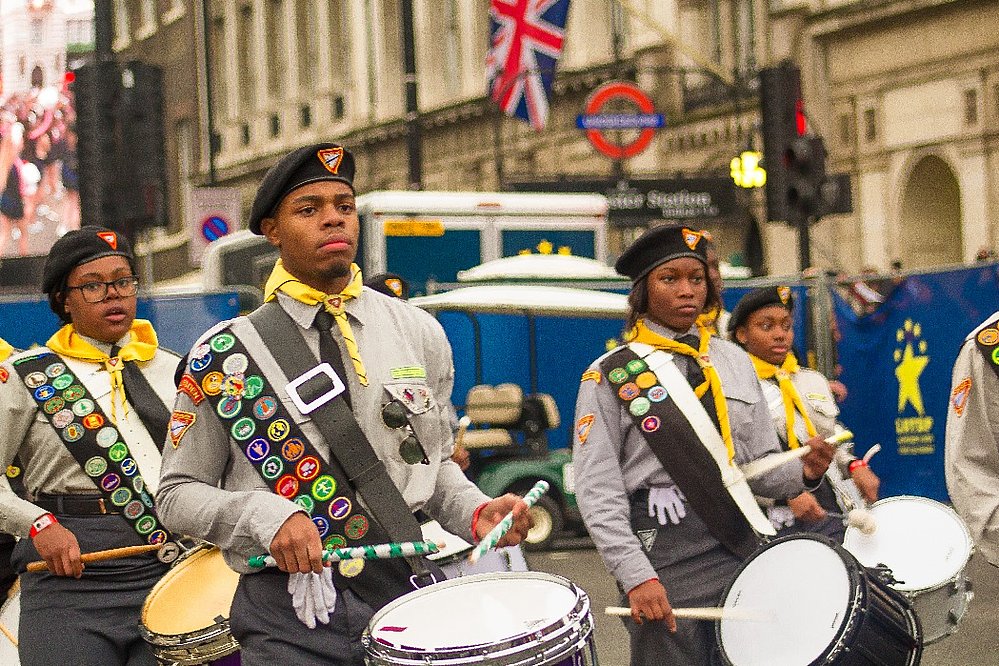 Dagenham Eagles lead multi-toms player, pictured below is an exemplary as an aspiring management professional whilst completing her secondary studies in a local school in Barking and Dagenham, began a four year teen leadership trainee (TLT) programme shortly after accepting Jesus Christ. 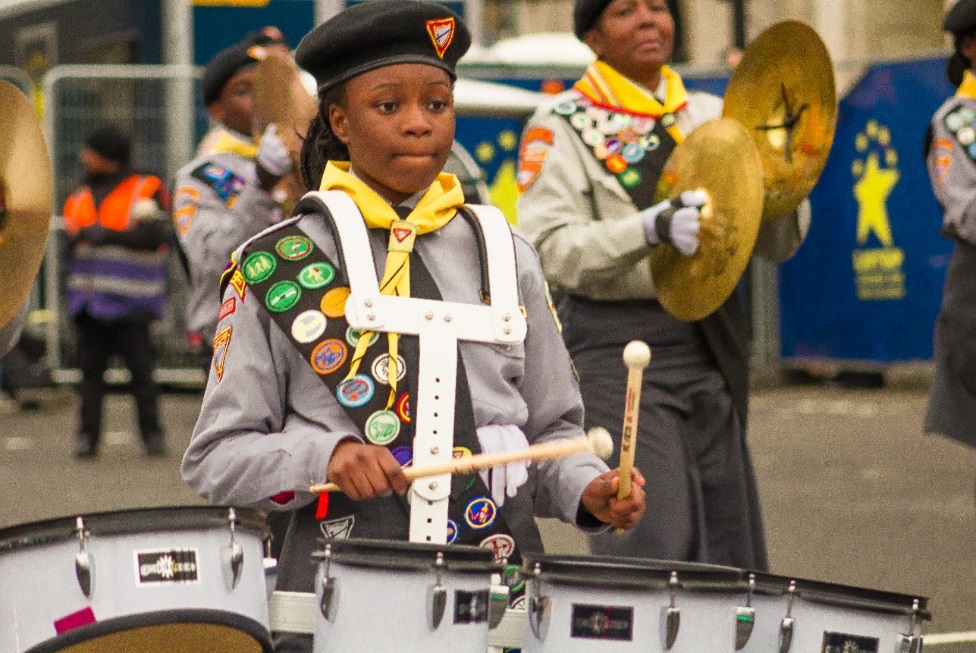 Pastor Kevin Johns (former SEC Pathfinder Director) said: "This is absolutely fabulous! You make me feel so proud! You are achieving great things down there in Dagenham!" Dagenham Eagles Elder Israel commented, "God be praised, well done to you all."