In the Lighthouse Community SDA Church of Edmonton, January was not just the first month of the year 2020; it would be privileged to host for the first time a baptismal service in the history of their existence as a church. In the past, baptismal candidates were transported to other churches that had their own baptisteries. This time the baptismal date was fixed for January 11, 2020 in their local church.

As the committee swung into action to actualize the decision of the church to host both the baptismal and the annual thanksgiving services, the church leaders soon started experiencing the bitter truth of the English proverb, “If wishes were horses, beggars would ride.”

The ‘teething problems’ were spiked not only by both the high expectations of the young anxious baptismal candidates and their families but also with the limited facilities in the rented place of worship.

First, it was not easy to get the approval of the host academy to use the venue for baptism. Secondly, the church had difficulty in obtaining a mobile baptistery. Thirdly, the cold water in the baptismal tank could not be warmed-up since the big heaters had blown up the circuit-breakers! Consequent upon failed electric fuses, the projector could not function and the sound equipment eventually failed. An oven that was used to prepare a delicacy for that day suddenly packed up on Friday! 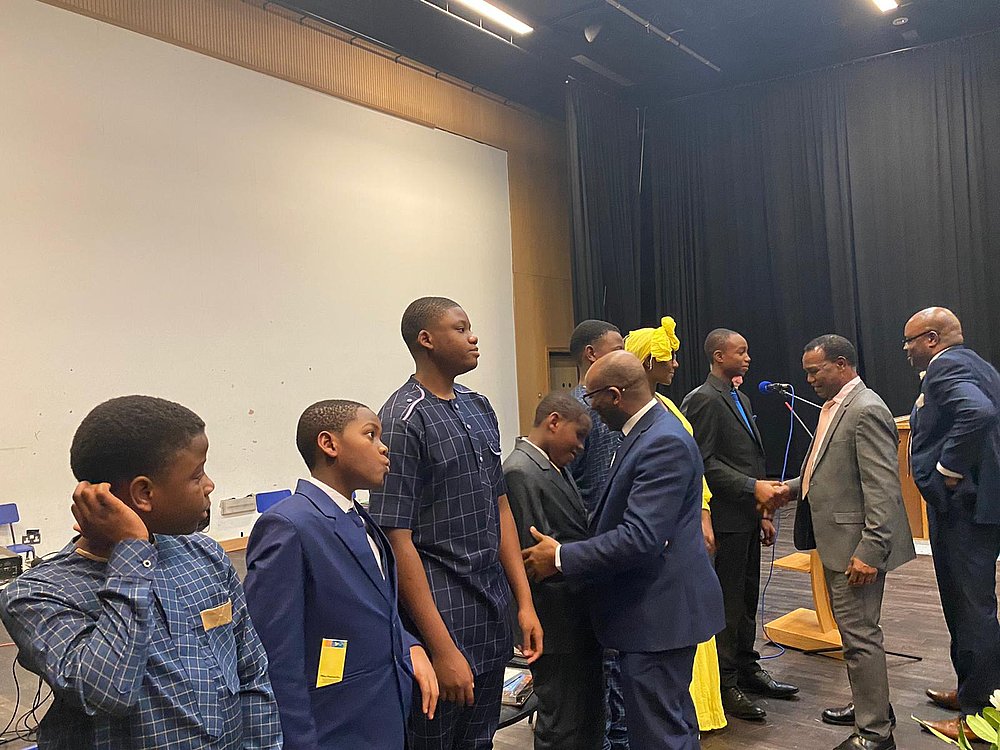 The teenagers had the day as all the seven baptismal candidates were in their teens. Master Joshua Philip was the first to indicate his desire for baptism late 2019. His younger twin brothers would soon catch the immeasurable joy of deciding for their Lord Jesus Christ. Their parents were greatly overjoyed to witness the baptism of their three children. Another candidate, Miss Nancy Benson had earlier made up her mind in August, 2019 during the TED Pathfinder Camporee in West Sussex, 2019. According to her mother, “No words could express my feelings”. Nancy’s parents’ joy knew no bound as they witnessed the consummation of their daughter’s desire. Master Ansel Agba joined the growing baptismal class when the late beloved Pastor Andrew Davis made an altar call in a baptismal service in Parkside SDA church, Reading in November, 2019. The Nwagwu family was also thrilled that their son Uche made a personal decision to join the community of believers in Edmonton. Master Azriel Agba’s longing to be baptized came to fruition on that high Sabbath in January 11, 2020. Azriel had been yearning to get baptized since he was seven years old. His interest in giving his life to Jesus was first publicly declared in response to an altar call earlier made by her own mother who preached in Luton North in late December, 2019. 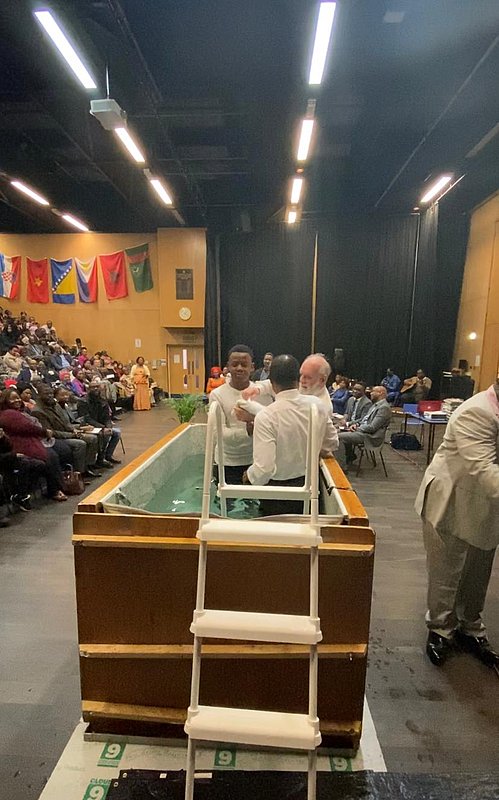 It is not difficult to imagine the spiritual ambiance of that day with many visitors coming from Nantwich, Norfolk, Manchester, Ireland and even as far away as Nigeria to witness their grandchildren and loved ones surrendering their lives to Master Jesus. Over 250 persons attended the services and there was more than enough food refreshment for everyone and of course many ‘baskets of leftovers’!

In spite of the failure of the public address system, a visitor said she was blessed by the simplicity, organization and spirituality of the program. Another visitor marveled at the palpable love, warmth and unity of the congregation. The auditorium was over-filled. Over fifty chairs were brought in to supplement the shortfall. It was a foretaste of things to come before Christ will set the sky ablaze in His Second Coming. In the words of E. F. Belden, “O there’ll be joy when the work is done. Joy when the reapers gather home, bringing the sheaves to the New Jerusalem.” We saw and experienced it at Edmonton. Amen.