The crowds came from all over the British Union. Moved by the sudden tragic loss of a young minister with a young family, Pastor Andrew Davis' death struck a raw nerve amongst all who knew or were even remotely acquainted with him. Moments after the news of his death on the morning of 16 December, all major social media platforms were ablaze with comments of shock and outpouring of grief. Three weeks later the mood at the funeral remained a sombre occasion. 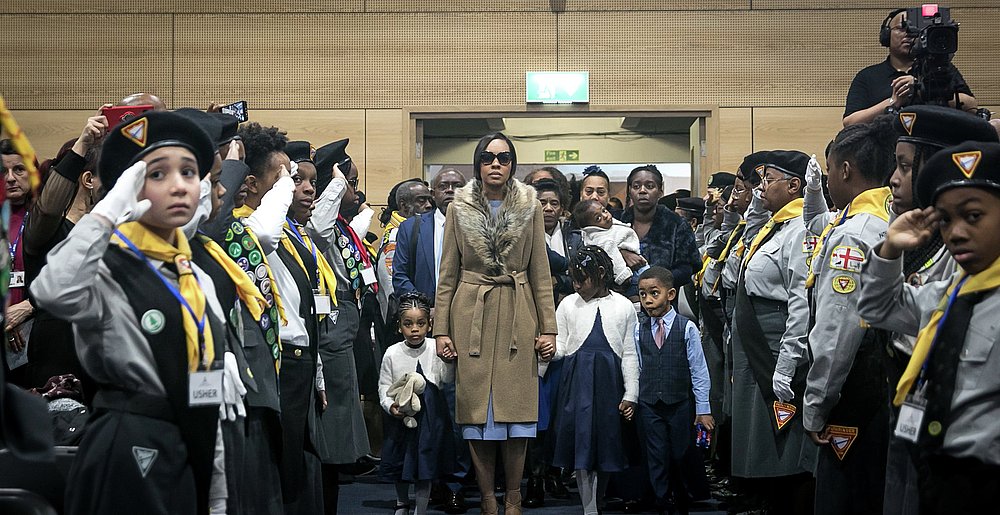 Held at Newbold College of Higher Education, on Tuesday 7 January, three venues were used to cater for an estimated 1500 people. With the main service being held in the gymnasium, Newbold church and Sailsbury Hall were the other venues on campus where the service was relayed. 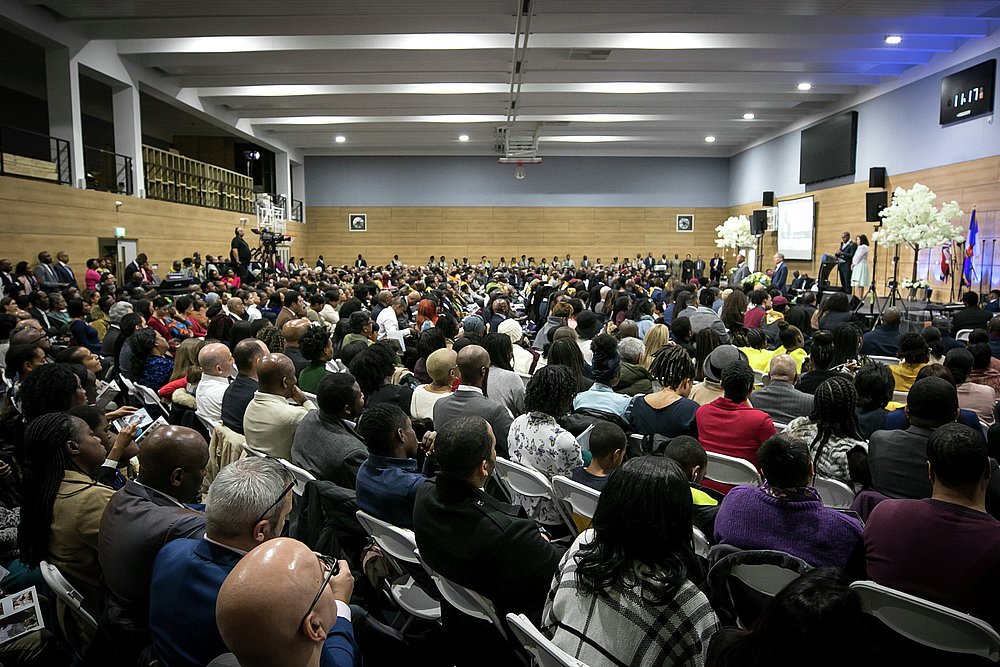 Despite the initial sombre mood, the service which was emphasised as a 'celebration of the life of Andrew Davis', became a tribute to the many facets of his life namely that of a husband, father, pastor and best friend to many. Upon the family's request of abandoning the traditional wearing of dark clothes usually worn at funerals, coupled with a vibrant and engaging praise team, the mood soon changed from one of sadness to feelings of appreciation, admiration and thankfulness of the impact Andrew had made in his short life.

Given a full Pathfinder guard of honour (Andrew himself had recently qualified as a Master Guide) the funeral procession also involved his ministerial colleagues as pall-bearers and fellow ministers from the South England Conference who on rotation stood to attention beside the coffin throughout the duration of the service. 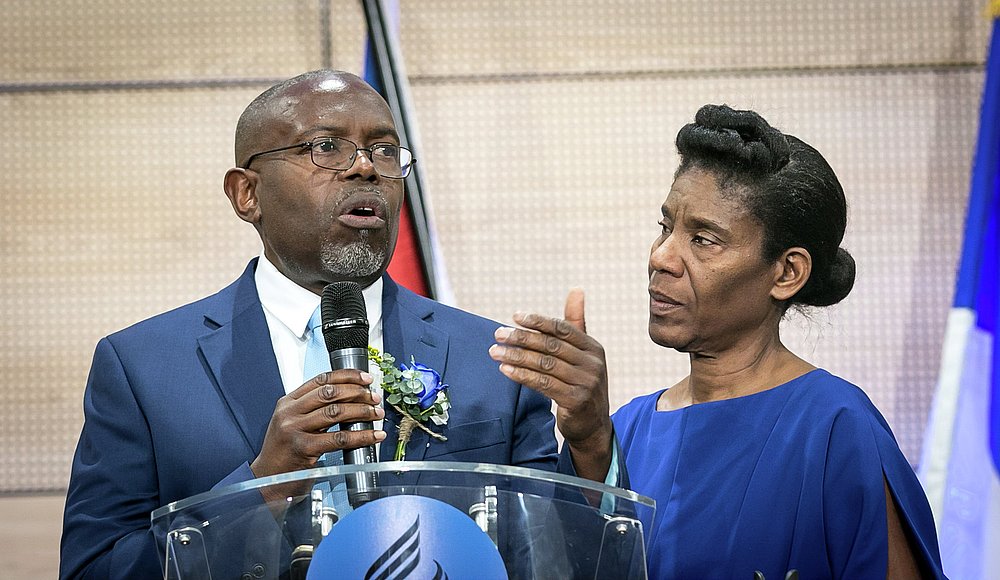 Notable tributes came from his parents Pastor Sam and Rowena Davis who shared their fond memories of their son and with much dignity expressed thanks to God for the 38 years of life they were able to have with him. Andrew's sister Anthea Barclay shared a powerful poem that she had composed which detailed her memories but also chronicled the hope of the resurrection.

Further tributes were given by Pastor Matthew Herel on behalf of Andrew's cohort of ministers who graduated at Newbold with him. The elders from the churches he pastored; Reading Central and Parkside Community shared their experiences of working with a creative, dynamic and engaging pastor.

Perhaps the most moving tribute however came from his wife Natasha and the children through pre-recorded video. Natasha expressed his devotion as a husband and father, the children each shared their love for him and an understanding of the hope that one day they will see him again. 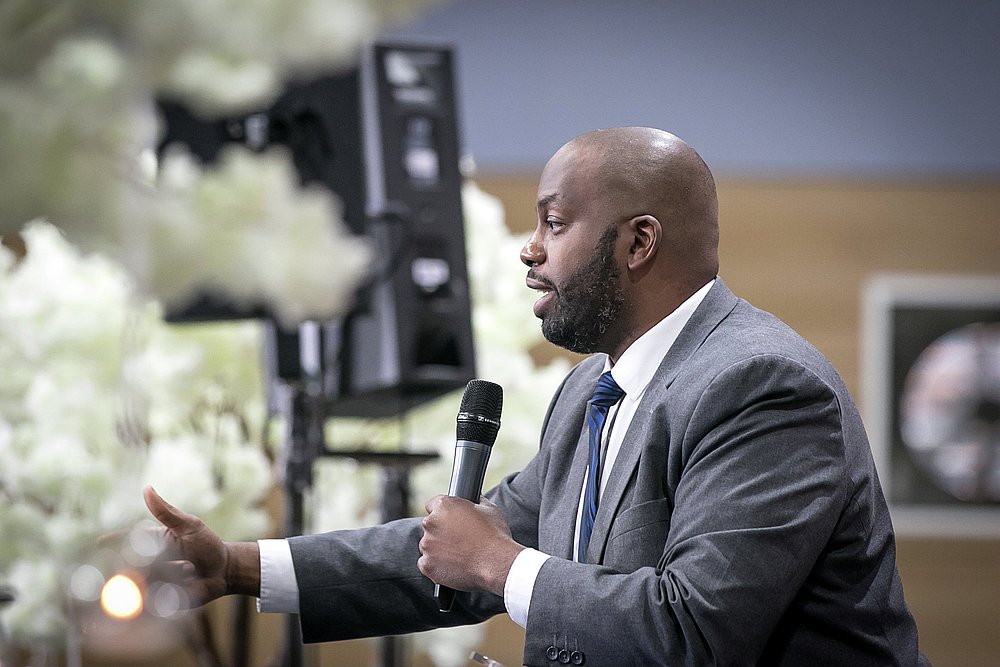 Pastor Jonathan Burnett, fellow colleague of Andrew, gave the main address, highlighting the enemy's mistake in removing one of God's own, which will result in the birthing of further ministers like Andrew for the future. Indeed, two others responded to the appeal after the message to join the ranks of ministry.

The service ended with the recessional as the Pathfinders lined the aisle and a rendition of Hallelujah was sung.

We continue to uphold the family in prayer, Andrew's wife Natasha and the children, his parents Pastor Sam and Rowena, his sister Anthea and her family and the many other relatives. We take comfort in the assurance of the blessed hope we have according to the unfailing promse of Jesus when He Himself said, "Let not your heart be troubled...I will come again, that where I Am, there you may be also." Jn 14:1-3