In January 2019, there was a girl who did not enjoy coming to Faifley church. In December 2019, there was a lady who came to see our “It’s a Nativity” musical, returned the following week and surprised us all. What happened in the months in-between? 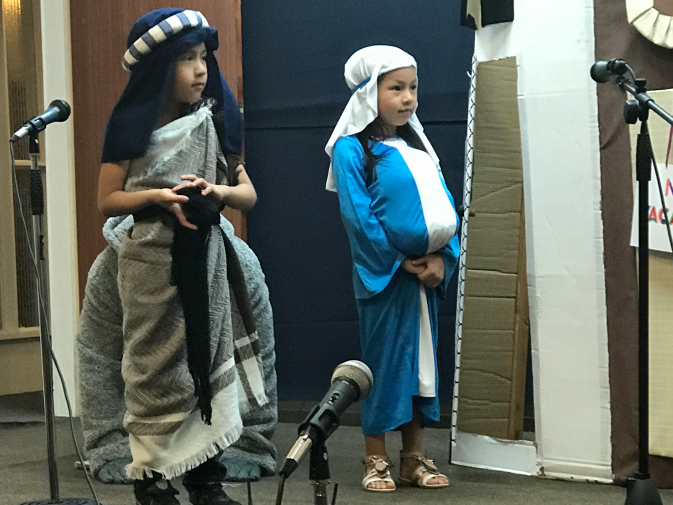 When the parents of Sali shared that she badly struggled each Sabbath coming to a small congregation with hardly any other children, we felt something needed to be done. The adults agreed to create time and space for the few children on Sabbath afternoons. That’s how Faifley Messy Church was born and run almost every other week. Exploring various biblical stories we all enjoyed singing, sawing, baking, building, glueing, cutting, even blowing together. We learnt, we laughed, we prayed… and we slowly grew in numbers. What a difference! From someone wanting to leave to others wanting to come. 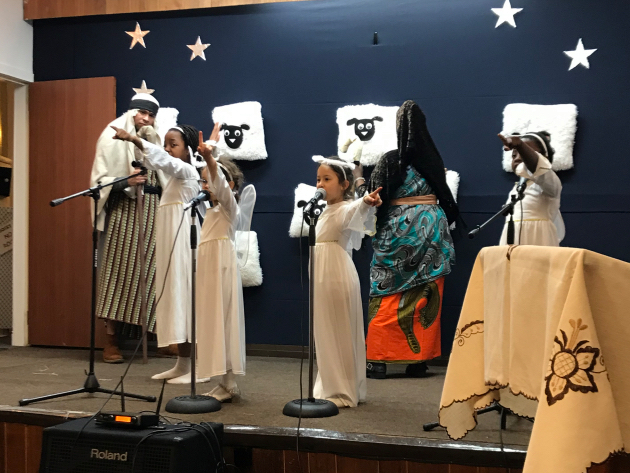 In September, our Messy Church embraced a big project - Nativity Musical. Originally, it was meant to be a children’s musical, but not having enough children to cover all the characters, parents and other church members had no other choice but to turn into a donkey, a soldier, shepherds and wise men. We had to simplify the script for our Mary and Joseph, who had just recently come from El-Salvador, to be able to understand and remember their lines. We worked hard to create all the items on our long “we-need” list. It was the enthusiasm, commitment, and determination of the children that set a challenging example for us adults. 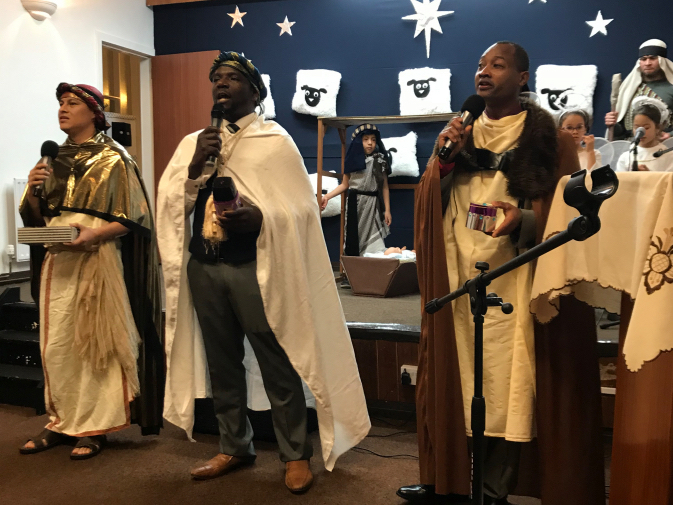 Invitation cards stated 14th and 21st December. We knew we couldn’t make people come, but we wanted to be ready if they do. We painted the church building inside and outside, changed five windows and kept praying. When the first people came in, we smiled recognising that God had been doing His part. Seeing our friends, and family members - some who hadn’t been coming to church for many years, some who never go to church - and 2 ladies from across the street sitting among our friends from other churches answered the question, ‘Why are we doing this?’ Simply, for people like Margaret to hear about Jesus.

We were told that Margaret does not go to church and does not believe in God but she still accepted the invitation of her cousin. Shortly after the performance on the 14th she said, “I love sowing and I am good with a staple gun. I’ll help you with the next musical.” On the 21st, she was rushing from her holiday hoping to see the musical again. She arrived late, but came with a large bag of neatly wrapped gifts for the small and big actors! And all we are praying for now is for her words “I’ll be back” to become reality in 2020.

May this story be an inspiration to you to try and tell the story of Jesus to others in a way you’ve never tried before. From Faifley, we are wishing you a creative year 2020.