On Sabbath 14 December, for the 58th year running toys covered the platform at Stanborough Park church for the Annual Toy Service. Thanks to the late Alf Kelly adopting an idea pioneered at the Ealing Adventist church needy local children have been able to enjoy a Christmas with presents like their peers that their parents would otherwise have been unable to afford.

This was just one of the many things that Alf organised for the benefit of the town's underprivileged and he was awarded the MBE for his services to the people of Watford just before he died. Since his death the event has been continued by his daughter Pat Walton who is well known in the town for her own work helping to alleviate poverty in the borough and beyond. 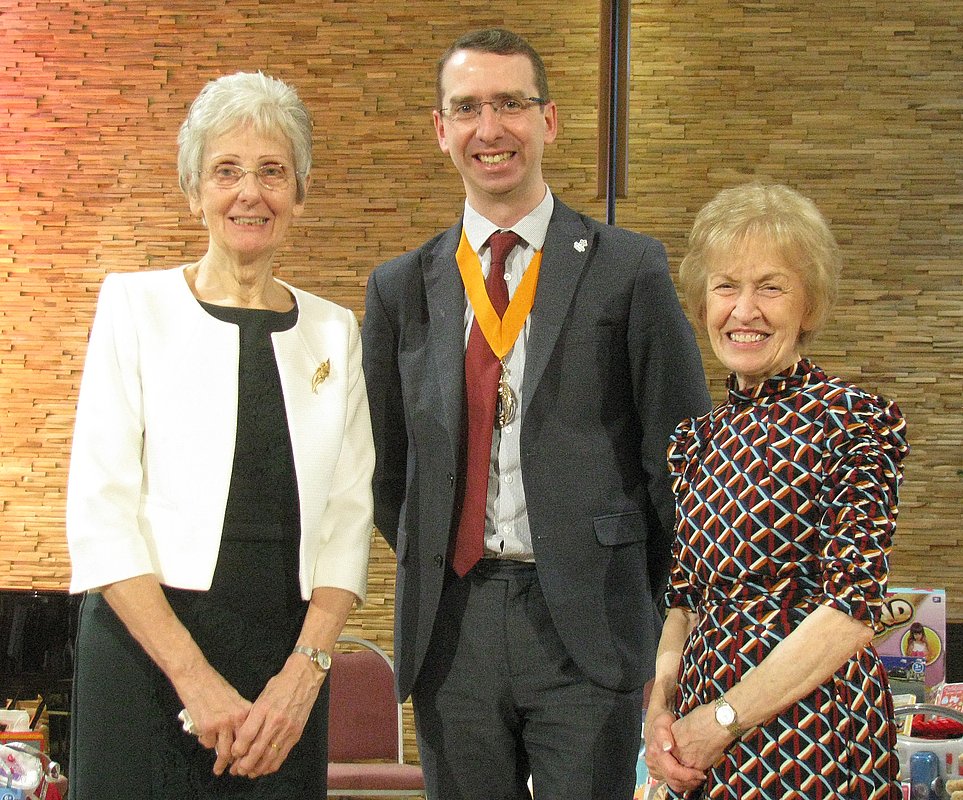 In presenting the toys to the (elected) Mayor of Watford Pat remarked that each year the toys seem to get more, bigger, more electronic and more expensive but no matter the cost each gift represented the same value to a child. It was an inclusive gesture as everyone present had been a child and knew the happiness that giving a toy to a child can bring. 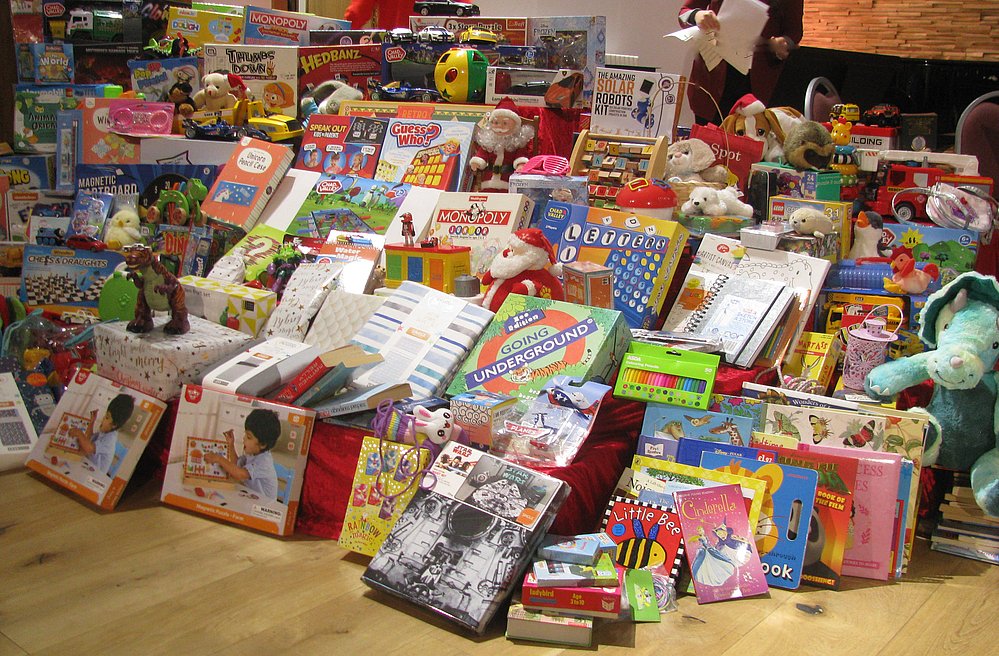 In addition to toys there were gifts for teens, mothers and even grandparents! All were arranged on the platform by Pat helped as usual by Audrey Balderstone exercising her artistic talents - a partnership which has long underpinned much of the church's infrastructure.

In response the Mayor, a frequent visitor to the church, said how amazing it was to see the number of gifts so generously donated, adding that after a 'week that seemed like an eternity' and a period of uncertainty one of the key things was bringing people together. Churches had a crucial role in doing just that - something that was more important than ever. He hoped that our church would continue to be a blessing upon Watford and our community. 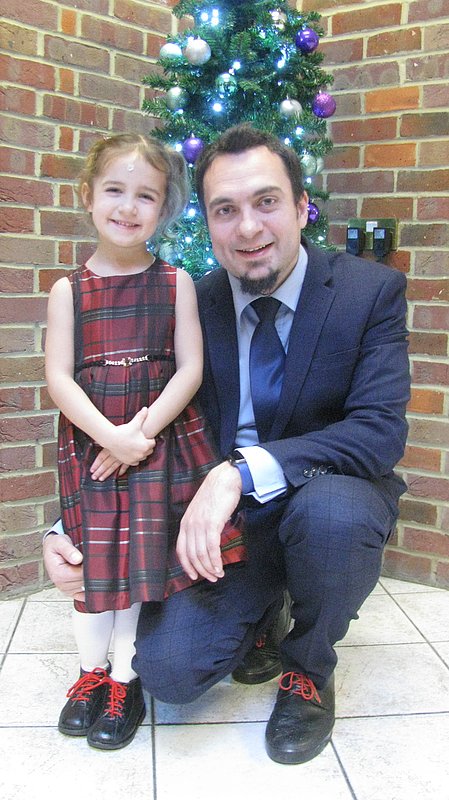 The meditation for the day was delivered by Pastor Dejan Stojkovic who was once a member of the church's pastoral team and still regards it as his home church. His topic was 'A Seasonal Meditation' the phrase to include salt which he said was an important part of almost every culture. As Christians it was part of our responsibility to make a difference and add the seasoning to the society we live in.

Even the atheist Richard Dawkins accepted the values of Christianity in improving society. Through our Toy Service we were doing just that and one of many ways we were making a difference to our local area. His young daughter, obviously following her father's advice, sang in the choir and presented a gift to the Mayor.

Social workers, welfare workers and representatives from the Watford and Three Rivers Refugee Council were present and chose toys from the display for their clients. The remainder were subsequently taken by social workers for distribution in time for Christmas.