Team GB Coach, Joe Caines, a nationally recognised coach, who works with top class promising athletes, made the observation that even though his athletes were excelling there were two specific areas in which he felt a clearer approach and understanding was necessary. He felt these were so crucial that if understood and embraced, greater accomplishments could be achieved. Out of this vision, 'Team Caines' was formed, comprising of Dr Hermine Graham, Clarita Sauer, and Joe Caines himself. 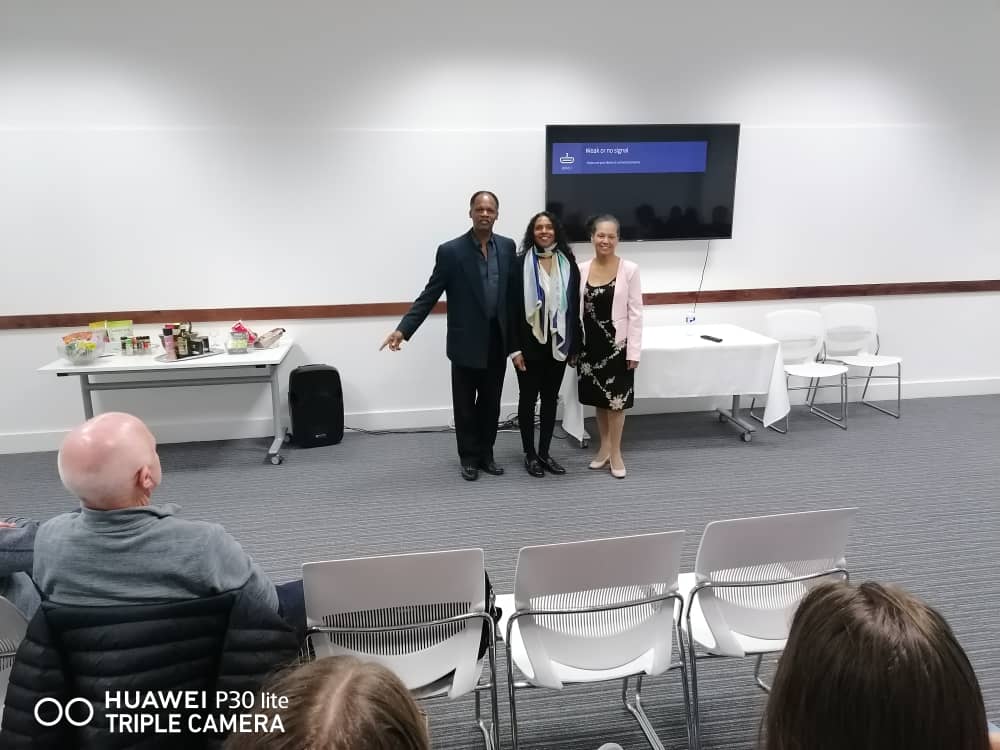 The presenters for this seminar hail from the Kings Norton church, in Birmingham. Although this seminar was geared to address athletes from the community, it was used as a means to share Seventh-day Adventist health principles in a palatable and evangelistic way. Team GB Coach, Joe Caines, over the years, makes it clear to all the athletes he trains, he is unapologetically a Seventh-day Adventist. Early in his international athletic career he made a decision to not compete on Sabbath. He is well respected for his stance.

Dr Graham, a Consultant Clinical Psychologist and Birmingham University Lecturer, equips clients to overcome their life issues in order to achieve their goals with confidence. Whereas Clarita Sauer, a Health Enthusiast, encourages people to make better choices nutritionally, realising that 'Health is their best Wealth'.

On Sunday 24 November 2019, at the Legacy Centre, Aston, Birmingham, 'Team Caines' delivered the Mind and Body Excellence Seminar. Here the two specific areas, that would enhance athletic performance were revealed and elaborated on. The two areas were, 'a wholesome approach to body nutrition' and 'how to positively employ the mind whilst maintaining one's mental health'.

Though the seminar was not geared just to athletes, various types of sportsmen and women were in attendance. Track and field, basketball players, footballers, hockey players along with those who were sports minded and even parents of athletes were all in attendance. The interest was such that the attendees could be seen intently taking notes and nodding their heads in acceptance of what was being presented.

Clarita Sauer spoke from a premise that your body will not work right if it is not given the proper nutrition. She said, "It does not matter where you are in life, you cannot change your chronological age, but you can change the state of your health." Her presentation emphasised how much we are living at a fast pace in life, and we need to recognise the connection between the brain and the gut, (something that Ellen White wrote in her book Ministry of Healing). The audience was alerted to the fact if there is an imbalance of nutrients in the gut, it affects the brain, which in turn can affect athletic performance. Her emphasis was highlighting how much we need to take care of what we eat. Then Clarita went on to demonstrate how to prepare quality meals that give excellent nutrition utilising seeds, nuts, grains, greens, fruit, veg and protein, that sustains strength of body and also mind. 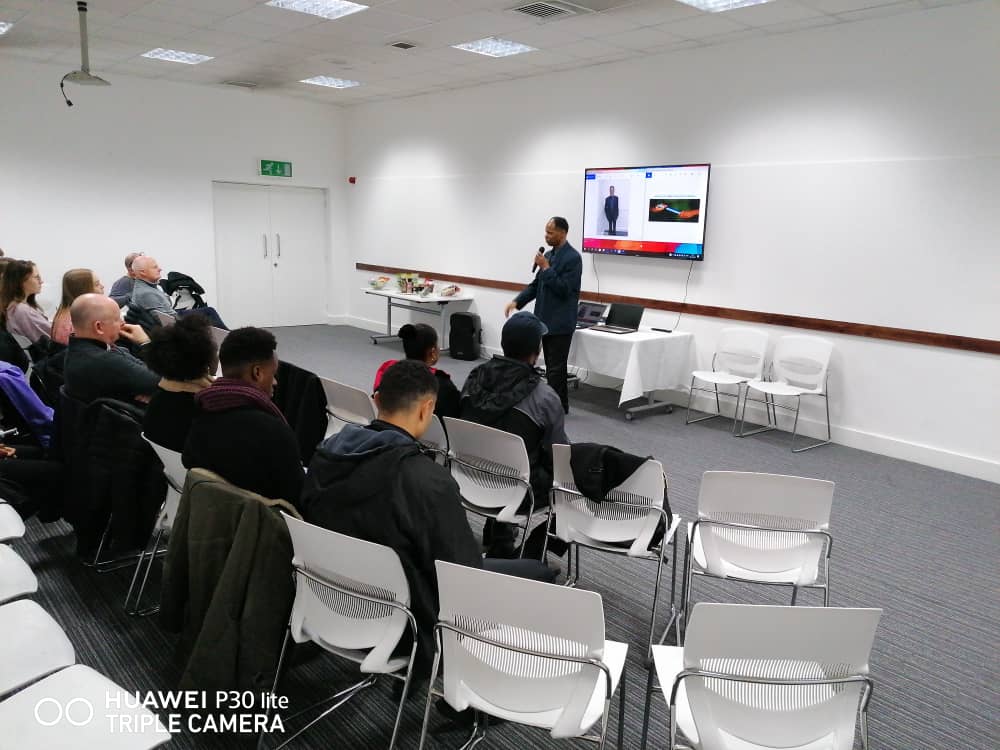 Joe highlighted the challenge for athletes was for them to obtain the message that the body and the mind need to harmonise together. He spoke a little on his journey from being a Junior International Champion, until now as a Team GB Coach. He remembered how necessary it was for him to eat wholesome meals in order that he maintain optimum performance. He went on to give his own experience of how, when his mind was unsettled because of being so nervous it impacted on him losing a crucial final early in his athletic career. His nervousness was displayed in his breathing being out of sync, he was sweating, and had no form of race control and as a result he came last. This example was a demonstration of how his mind and his body were not in harmony, which can be quite common in athletes if there is not a strategy to deal with nervousness. Here stress and worry were being highlighted as hinderances to an athlete obtaining their best performance.

Dr Graham addressed the function of anxiety and why we feel nervous. Also, how the fight or flight response when we are faced with a threat is quite a natural response. She emphasised how when we are faced with a challenge, we become nervous because of the fear of failure and the response of others. She helped the audience think through feelings of anxiety and what they do to us in real life experiences, like public speaking, or running a race. Butterflies in the stomach, palpitations, sweaty palms, are physiological displays that show our anxiety, which will lead to various forms of avoidance.

From thinking through these feelings, the audience was encouraged to formulate strategies. One of the key approaches was for the group to think of ways in which they could normalise the anxiety and not see it as something negative. They were motivated to think of ways of reframing the anxiety to see it as part of the normal build up to the activity they were about to carry out. She led them to view anxiety as a matter of perspective. So, then the audience were shown how they could take charge of their own thoughts, therefore seeing anxiety positively.

Mental toughness was another mindset that was illustrated using some prominent Sports personalities. Here these personalities had got to the stage where they are able to appraise their own performance and not see one mistake as making them a complete failure.

Panash, a 400 metre/ 400 metre hurdle athlete who attended the seminar, was impressed with the seminar. He was captivated with both aspects of the programme. He recognised in himself that whilst preparing for the day of a race he felt stomach pangs and other aspects of anxiety. He felt that Dr Graham's presentation positively helped him address the pre-race anxiety that he felt, by helping him formulate his own approach to dealing with his anxiety. Clarita's presentation also helped him re-address his approach to nutrition and gave him an understanding of how important a quality diet is, thus preventing mood swings and stomach upsets that affect his race preparation.

The premise on which this seminar stands is based on,

3 John 1. [2] Beloved, I wish above all things that thou mayest prosper and be in health, even as thy soul prospereth.