On Thursday 28 November, with 20 women in attendance, at the Mercure Hotel, Watford, Clair Sanches-Schutte, (Trans-European Division Women's Ministries Director), set the stage for the General Conference Women's Ministries Level 4 Leadership Certificate training, revisiting stories of some of the better and lesser known women in the Bible. Anna, Rahab, Huldah, Miriam, Mary to name a few. The 7-module course, accredited by Andrews University, would also look at: Equipping Leaders for Success, Creating Potential Leaders, Mentoring Women in the 21st Century, Jesus' Leadership Model and the Nature of Relationships.

The attendees had come from all over the British Union: Leeds, Bristol, Reading, Sheffield, London, Watford, Luton, Bracknell. Some were seasoned Women's Ministries leaders within their local churches, others were newly appointed coordinators, determined to serve their communities with, as Florence (Coordinator Area 2) put it, "gestures of love, without judgement."

Leadership, they learned, is not a job, but a way of life. From His childhood to adulthood and throughout His three-year ministry with His disciples, Jesus' leadership model, demonstrates this principle repeatedly. Through prayer, study of the scriptures, developing characteristics such as meekness, generosity, compassion, forgiveness; giving those who offend you a second chance − we learn to grow as did Jesus, in 'wisdom, stature and in favour with God and man'.

The importance of being authentic was stressed. "Lead," Clair told the attendees, "like a woman and not like a man. Remember, women were also made in the image of God." Men and women often have different leadership styles, both the alpha (male) and beta (female) are valuable and valid. 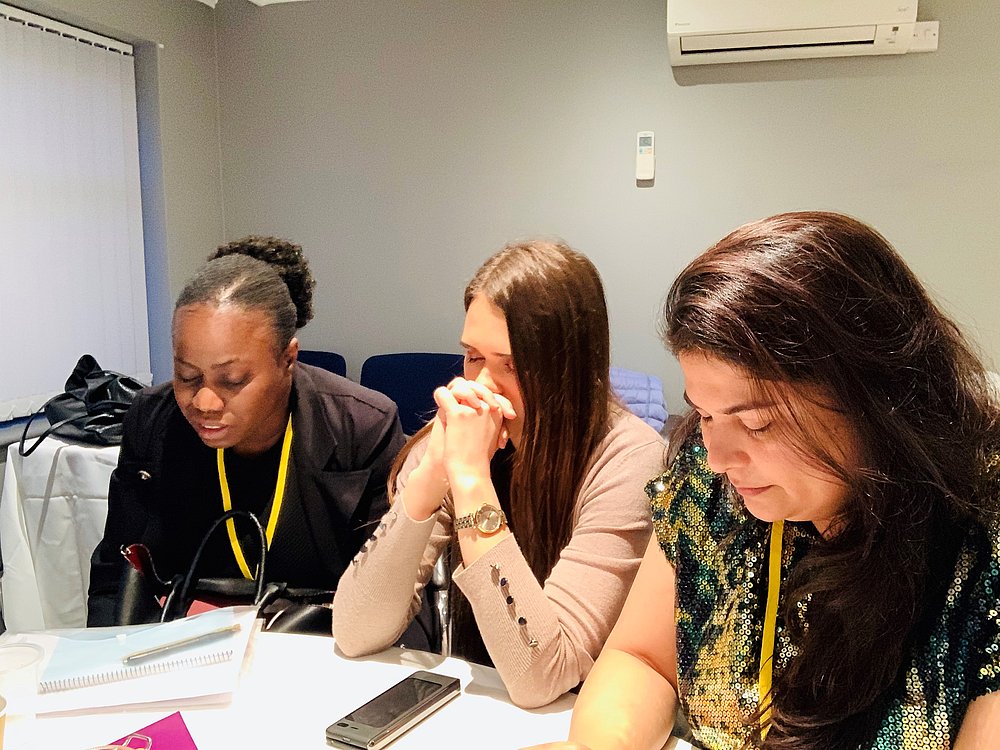 The question was asked, "How do you know that someone is a leader?"  The simple answer… they have followers!  Having followers is not optional, but a direct result of being a successful leader.

Between each module time was set aside for reflection and prayer so that the women could commit the lessons learned to the influence and leading of the Holy Spirit. Sharon Platt-McDonald (British Union Conference Women's Ministries Director) led out in this reflective and intercessory segment. Over the two days, both Sharon Platt-McDonald and Hyacinth Gayle (North England Conference), led daring and powerful intercessory prayers on behalf of those women attending the training, reminding the women that: "God hath not given us the spirit of fear; but of power, and of love and of a sound mind."

Lunch provided time for the women to exchange their views and their challenges in the context of what had been taught during the morning. 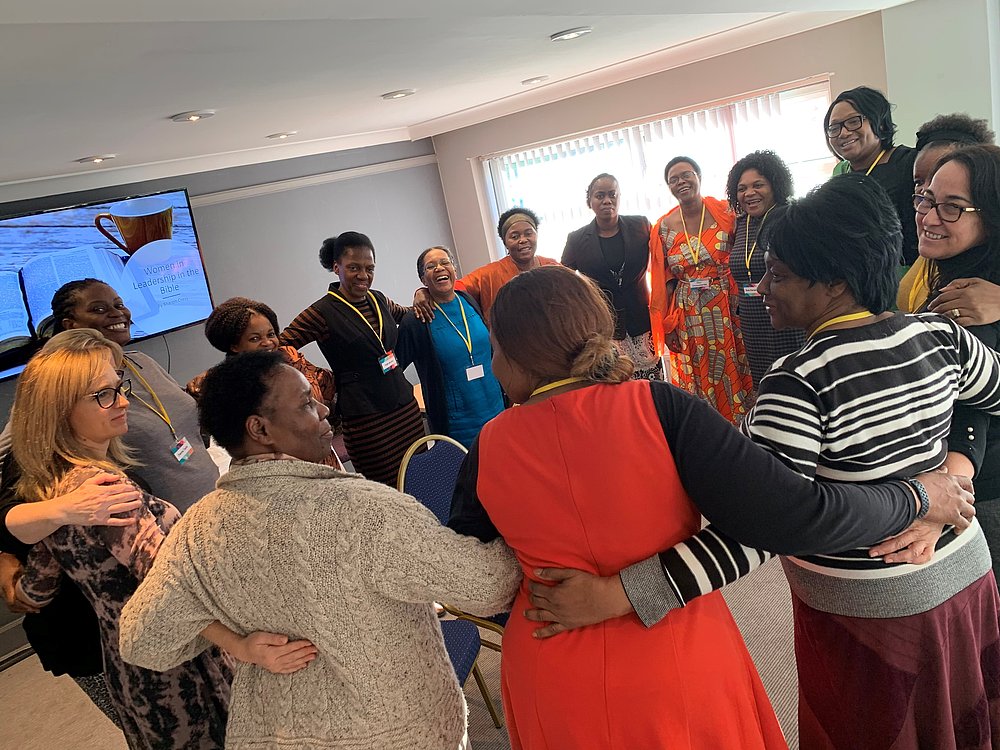 The modules on Mentoring and Relationships had moments of heated discussion, but also provided opportunities for the attendees to share stories and testimonies of God's providence.  "It was the end of a long day," one attendee shared, "I was tired and ready for bed, but God impressed me to call another lady and go and visit a sister, even though it was late.  When we got to the house there was no answer. We kept on calling out. Eventually, the sister came to the door. She led us upstairs. By her bed was a bottle of pills, which she had been about to take. She told us, 'God sent you here to me tonight.' Simply by listening to the prompting of the Holy Spirit and being obedient to His leading we were able to make a difference literally between life and death."

The training continued with the instruction to develop good communication skills, learn to trust and win the trust of others, know your strengths and weaknesses, have a genuine interest in others, counsel closely with co-workers. This was supported with examples from the Bible such as Proverbs 11:14 ("where no counsel is the people fall, but in the multitude of counsellors there is safety") and Paul (Galatians 2:2, Philips) who himself asked counsel from others before making his decisions "to make sure that what I had done and proposed doing was beneficial to them."

In her conclusion, Clair Sanches-Schutte added, "A good leader trains others to lead. When the time is right, let go of the reins. It's not about you! It was always about them."