Every year the General Conference of Seventh-day Adventists sets aside dates for a Week of Prayer for Adventist churches around the world. The apparent aim is to draw larger groups than normal for prayer and subsequent revival. Some churches struggle to draw numbers together, such has been the case for some years in the Newcastle church. Early in 2019 the church board decided to try a different approach and aimed to bring the Week of Prayer live to homes via their regular live streaming facilities. 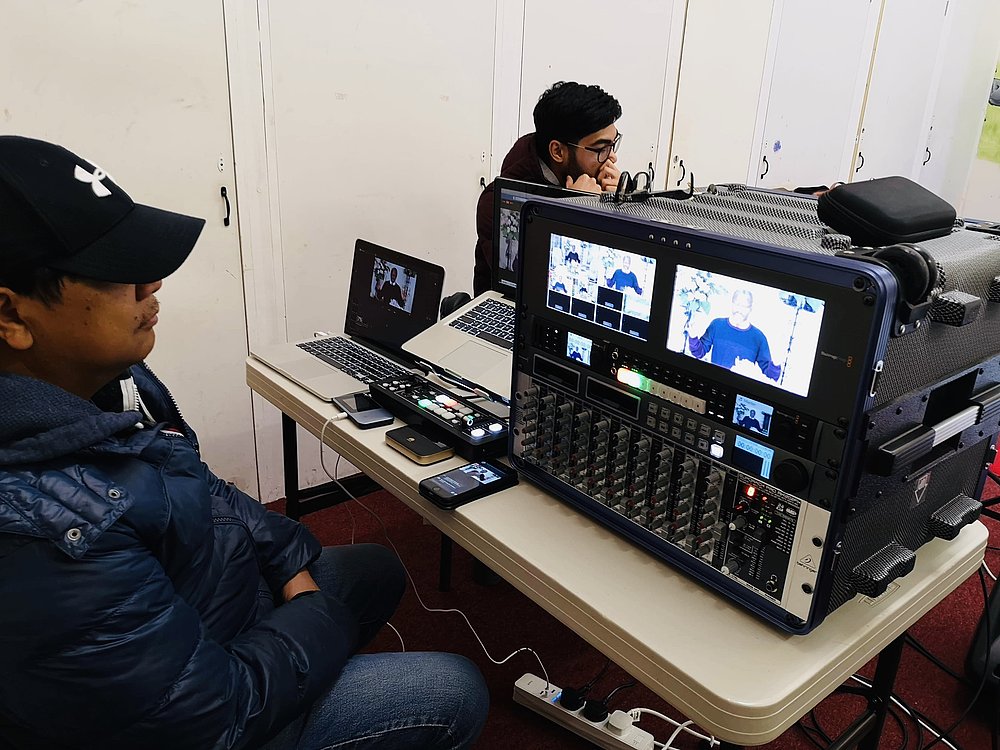 The Prayer Ministries department team and the Communication department worked together with the aim of getting messages to hundreds of viewers around our immediate community and our wider streamed interests. The services were live streamed for exactly an hour. The services included a children's reading, followed by the regular reading for each day, a special item of music before concluding with a prayer session. Prayers were delivered to the studio team from the people watching the stream on the dedicated Facebook page for the event.
Taking advantage of the church PA system and professional video equipment provided by Smile Hermoso, a well-lit studio was created in one of the church youth halls. Speakers for the meetings along with the related worship team gathered night by night to minister to what turned out to be a worldwide audience with viewers on the west coast of America in addition to many local viewers. 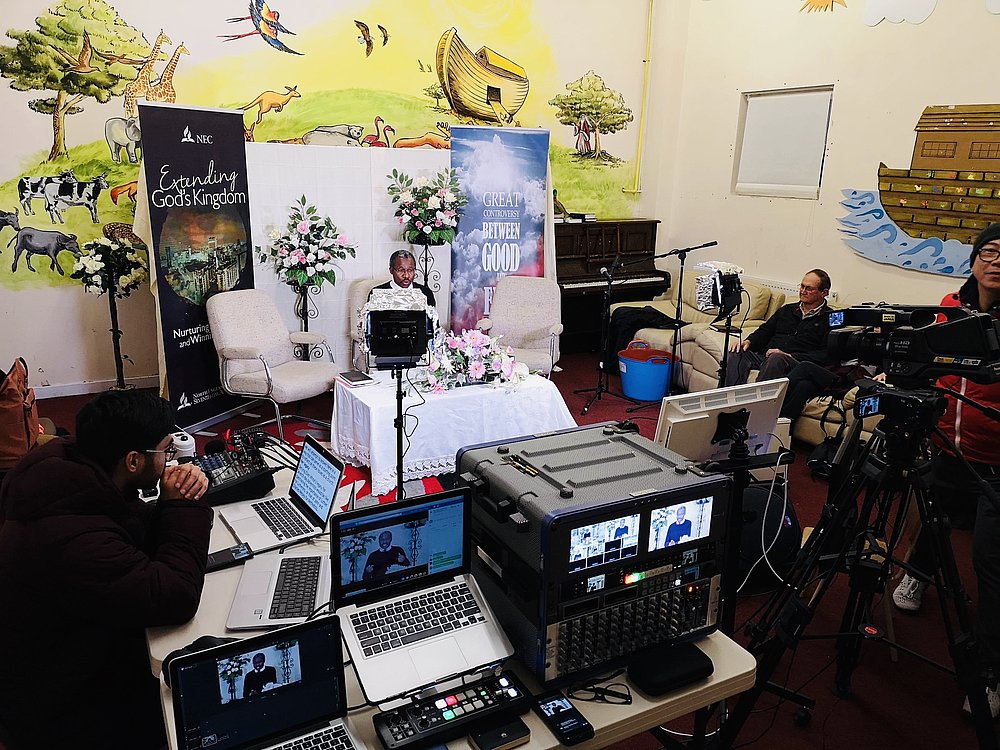 The readings for this year titled 'We are called to be faithful to His Prophets' started on 9th and concluded on 16th November. Over the ages God has used a variety of ways to deliver His messages to His people. He has used angels, creation (nature), the cloud/pillar of fire, the Urim and Thummim, dreams, voice from heaven, the Holy Spirit, Christ in person and prophets. Viewers were reminded that Seventh-day Adventists have their own prophet whose writings they have relied upon for over a century. Ellen G White had visions and dreams. God spoke to her this way.
The Week of Prayer ended with a half night of prayer meeting. Many people who tuned in online every evening for the live stream found the messages to be a blessing. One viewer on the east coast of America said of the live stream, "It was nice to worship with the rest of our Adventist brothers and sisters in the UK regardless of the time difference."