Mental ill health has reached a staggering high level in England and the figures are alarming. According to the 2019 statistics 1 in 4 people suffer with a mental Illness at some stage in their life. As a direct result of this many experience thoughts and feelings that can be overwhelming. This has prompted mental health organisations such as Rethink, Time to Change, and Bristol Mind among others to devise ways and means to address the subject. Time to Change has developed a specific programme, which incorporates mental health champions. 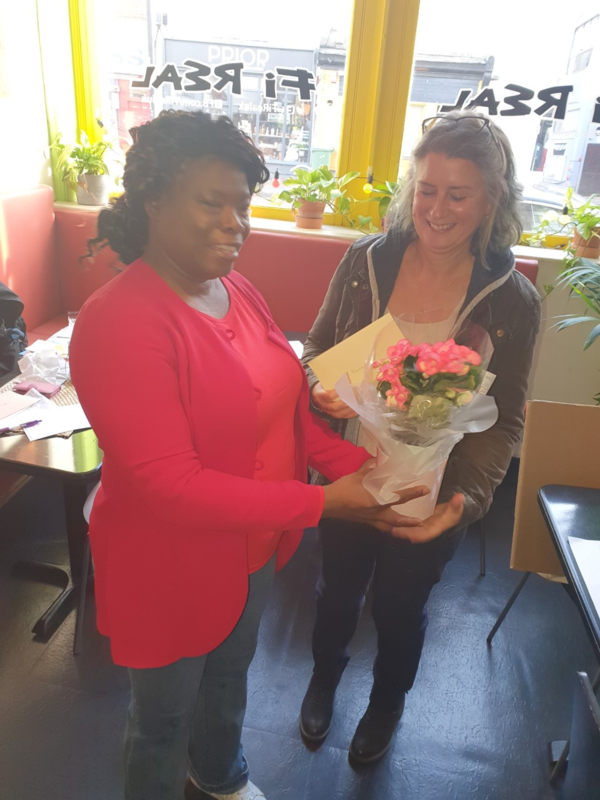 Mary Philip, Community Ministries Leader for the Bristol Central Church has been trained as a Health Champion since 2012 and a Mental Health Champion for the past 4 years. Mary who is employed as a Nurse in a Mental Health setting from 2011 admitted that she feels compassion for people in general. Over the past 7 years, she has successfully organised several events to raise awareness both on how to maintain Physical Health as well as good Mental health. Most recently, Mary felt the need to involve other members of the churches to join with her by supporting and encouraging members to engage in conversations about Mental Ill Health.

Mary has collaborated with several organisations over the years to ensure that members of the church and the wider community are informed and educated about health-related issues and how ill health can have a direct negative impact on someone's well-being. This has been evident through various events both in a church setting and the community. Among other events, for three consecutive years Dr Chidi Ngwaba has conducted Life Colours seminars at Bristol City Council City Hall. This past June, a two-day event was organised, to ensure that as many local organisations as possible were present to deliver talks, workshops and presentations on health. 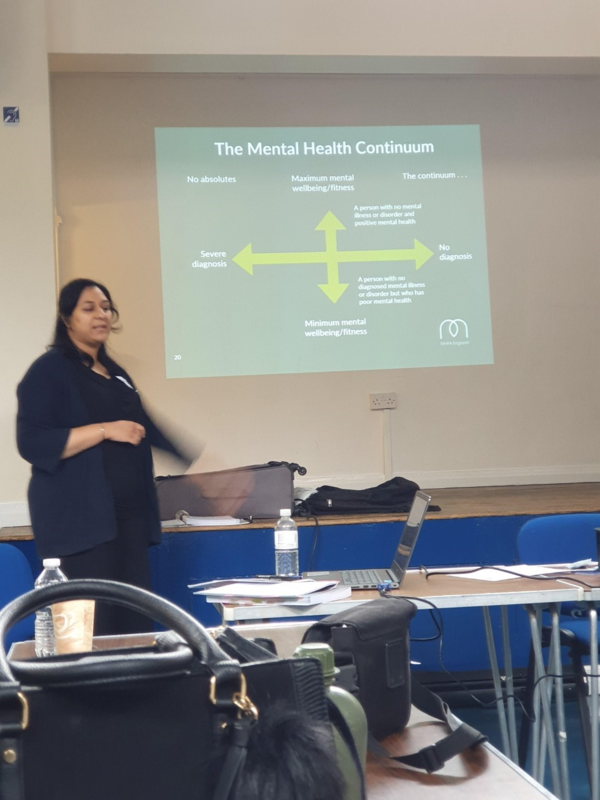 On day two of the Life Colours event, which took place on 2 June 2019 at Bristol Central, Narinder Chana from Rethink Mental Health was invited to speak on Anxiety, Depression, Stigma and Discrimination faced by people experiencing Mental health problems. 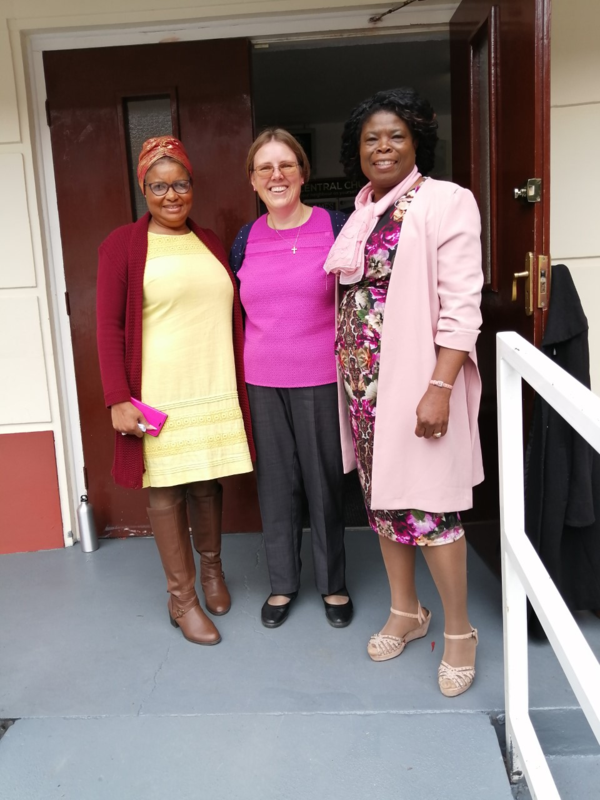 Mary and Narinder have worked together on several events and had discussed the possibility of a two-day accredited mental health first aid training for church members. The date was set for Wednesday 14 and Wednesday 21 August 2019. Both dates were well attended with 13 participants now trained to identify and support those who are experiencing mental health issues. According to Mary. this training has come at an opportune time as she is collaborating with the University of the West of England (UWE) to launch a project called 'Adopt A Student'. This initiative was deemed necessary following reports of several university students who had committed suicide. The aim of the project is to seek to help and support university students on a socio-psychological level during their academic year. A representative from the university, Andrea Maggs visited Bristol Central church on Sabbath 5 October 2019, after she was informed about the initiative by another colleague, Mandy Bancroft. Mandy immediately embraced the project when she was informed about it by Alisha Airey, who is the BAME representative at the UWE.

Having recently trained as a mental health first aider as well as being a mental health champion, Mary organised a Mental Health Awareness Day on Friday 18 October, at a vegan restaurant.  The event was successful in meeting its goals and objectives, which were to stimulate and encourage people to start up conversations as well as discussions about mental health. The event attracted many health professionals, with a total of 25 people including the local church minister, Pastor Royston Smith attending, as well as eight nurses, two health care assistants, and a neuropsychiatry doctor, Jahnavi Archarya. 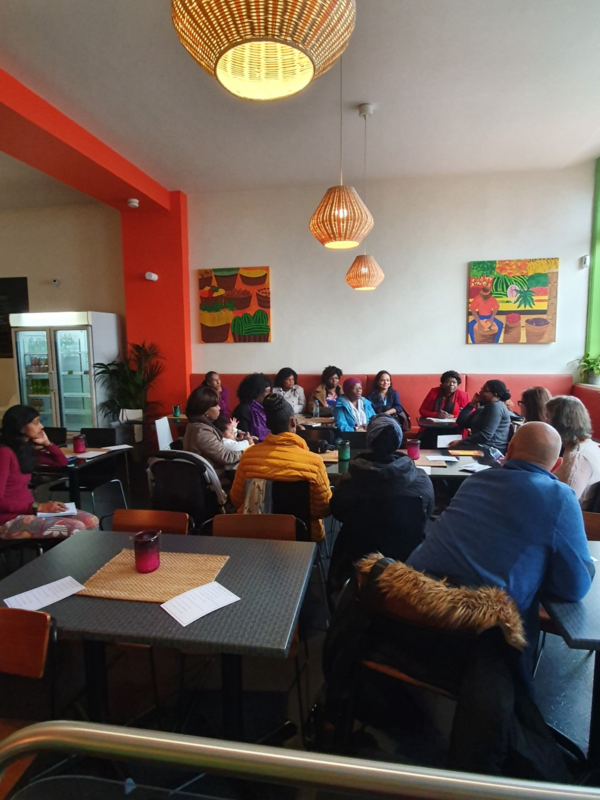 It was a very informal session, where the group huddled together in a circular form for the discussion. Sherine Smith opened the session with a discussion addressing the relevance of the church in the community. She pointed out that the church is moving in the right direction by engaging and taking on board the need of the community.   However, she recommended the great need for education and training of personnel to be equipped with knowledge and understanding on how to support people suffering with mental illness. She challenged the group to think on the term 'Am I my brother's keeper?', to which she reiterated that if indeed we are, then we ought to be doing more to become advocates for each other. She stressed the need for networking and collaboration and that no one entity can bring solution, which can fully address the issues directly and effectively.

In response to Sherine Smith's challenges, Staff Nurse Mercedes Williams from North Bristol NHS in Southmead Hospital raised the concerns about how we address our mental health as professionals and whether enough is done to encourage staff especially from a BAME background to take care of their well-being. Staff Nurse Carole Burke informed the group that North Bristol Trust has a well-being service but staff may struggle to get access due to the operation time and staff working schedules. Dr Janhavi pointed out that it appears that doctors may be among the worse people who take advantage of the well-being services, which is something that they ought to investigate. It was suggested that an action plan could be put in place to address the following; 1) accessibility and 2) perhaps running more mental health events in the hospital. This will need to be discussed with the well-being services through an existing BAME group at the hospital that has been active for several years.

Debi Mori from Rethink Mental Health spoke about Anxiety and Depression. She emphasised that people suffering from any of these symptoms should reach out to friends and family, advice helplines and other channels of support to talk about their experience and to seek help. However, she recognises that most people suffer in isolation for various reasons, some of it might be due to others judging them. Staff Nurse Ngoni Mukash mentioned how tradition, culture, faith and other issues can be barriers for people to come forward as family members may be in denial if and when they are informed.

During a delicious hot vegan meal, Subitha spoke on Dementia. She spoke about the difference between mental ill health and dementia highlighting that it is a degenerative disease caused by chemical changes in the brain, which can be diagnosed by a CT scan. She highlighted signs that one can look out for and how to support someone with the disease. She also shared some practical tips that people living with the condition can do. These included walking, exercise, and healthy eating.  Karen Allen from Time to Change spoke on 'How Time to Change changes attitude to mental health'. Dr Jahnavi spoke briefly on Different mental health illness.
The event ended with everyone acknowledging how much they had gained from the discussions and how they will use the knowledge in their settings. Natoya, (a registered nurse for North Bristol Trust), who was introduced to Mary through a mutual friend Carole Burke, has already approached Mary and Karen and is actively trying to sensitise members of her church to do similar events. Special thank you cards handmade by Lorna Green and gifts of flowers were given to all the presenters, which brought a smile to everyone's faces.

On Saturday 19 October, a church group called Identity, the brainchild of Leandra Philip-Chipulu and led by young people, thought it was fitting to continue with the same theme. The group of 10 active participants started earlier this year and has delivered several successful workshops. Following on from several months of discussions during youth programmes on topics such as Who am I?, Life outside church and a series on Battle of the Mind (now on part 3), they decided to focus on mental health. 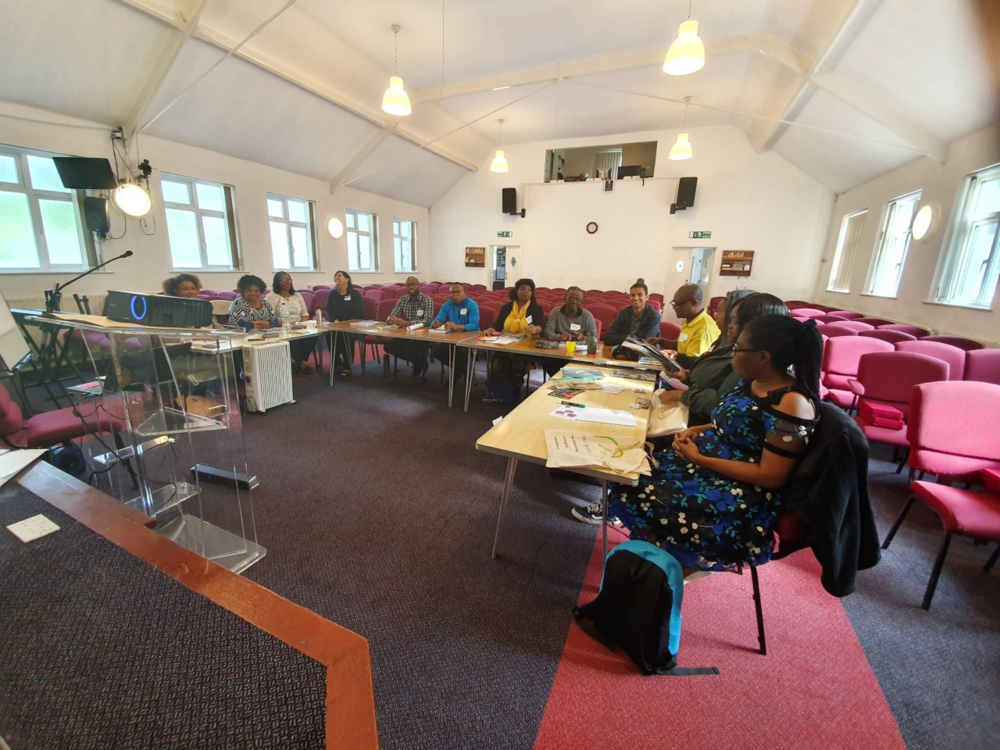 Four members from the group presented on the topics Mental Health Disorders, Postpartum Depression, Suicide and Mental Health for Men. Video presentations and discussions were the main structure of the programme, which generated much interest among the audience. It was so intense that people stayed long past sunset to talk about their own experience. Everyone felt the topic was current, relevant and informative. It felt like a time when emotional healing was necessary and some members stayed afterwards and joined in worshipping God through songs of praise and prayer. One young person summed it up this way, ''The session was very touching. It was a good refresher.''