2019 has been a year of new things and revived visions at the North England Conference (NEC), given the exciting things which have happened in 2019 the administration of the NEC wanted to share some of the 2019 highlights so far.

In response to your queries we have sought to improve our communication with you via increased use of our social media platforms (@necadventist), more communication sent to your Pastors and Elders and we will shortly be revamping our website. Looking forward we are aiming to develop an NEC App which we hope will be a single point of reference for all information relating to the NEC.

When discussing finance during the roadshows a consistent query was whether or not debit card payments could be taken during church services for offering. In response to this we have been trialling the use of electronic card readers to collect offering in two churches within the NEC since the start of the year. In addition to this electronic card readers were utilised in the youth service at the NEC Camp Meeting in the same way. Following on from this the card readers were also used at NEC Athletics Day to receive payments for registration and entrance fees.

The use of the card readers has proven to be successful thus far in the testing phase and it is hoped that their use can be rolled out across the NEC by the start of 2020.

Through rigorous consultation, determination and fervent prayer The Harper Bell School has returned to the governance of the NEC.

Vast improvements have been made at the school since the last NEC session and the last Ofsted inspection.

The school is no longer subject to an order to become an Academy. There are firm plans in place for the school to retain its status as a voluntary-aided school and to constitute a new governing body to replace the interim executive body.

When looking at the 2017/2018 data for progress score in reading, writing and math for the school it is clear the efforts and support continue to yield outcomes we can build upon and be proud of. 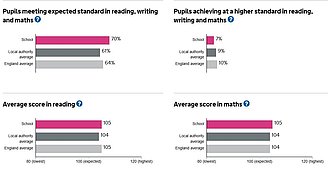 We are grateful to all of the staff, parents, students and members of the NEC who have continued to support the school in various ways.

Pictures of the newly renovated Ravenhurst Street Guesthouse and an update on its progress were provided during the roadshows. The guesthouse has been lovingly renovated to a high started which has received much praise from those who have stayed there. Details of how to book the guesthouse are available from the NEC office; 0115 960 6312 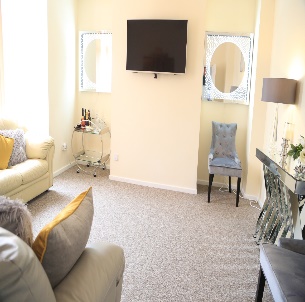 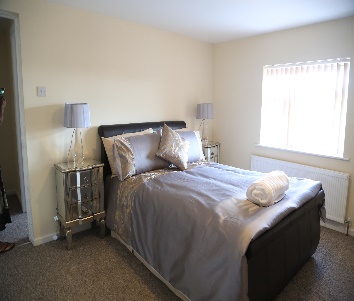 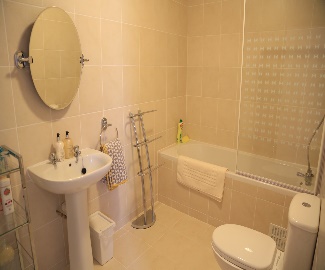 One of the main presentations at the roadshows was the revised NEC Strategy, details of the strategy were shared with those in attendance. Following the roadshows, the full strategy was shared directly with the churches, posted on the NEC website and the highlights of the strategy regularly features on the NEC social media sites. Each quarter different aspects of the NEC strategy will be spotlighted on our social media sites which we hope will provide inspiration to the members of the NEC of ways that you can be involved with advancing the NEC strategy. 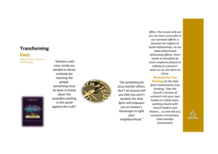 The Directors of the NEC have continued to host, and support programmes and initiatives linked to the NEC strategy which in turn address issues which matter to you.

These initiatives and programmes have ranged from the first Young Women’s conference to Prison Ministries Day, Men’s Ministries Days, Disability Awareness Day, the Youth Relationship Focus Seminars, Youth and Teens Prayer Conference, PEACE, GYC and the continued daily inspirational programming on Hope FM to name but a few. Details of up coming programmes and initiatives can be found on the NEC website and also the NEC social media pages

Within the NEC there have been operational changes which have already proven to be invaluable regarding the development and growth of the organisation and our employees.

Under the leadership of the Director of Human Resources and in conjunction with the Communications Department the “We Need You” campaign was launched. 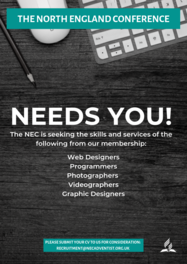 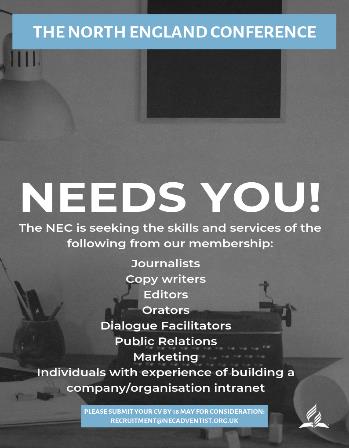 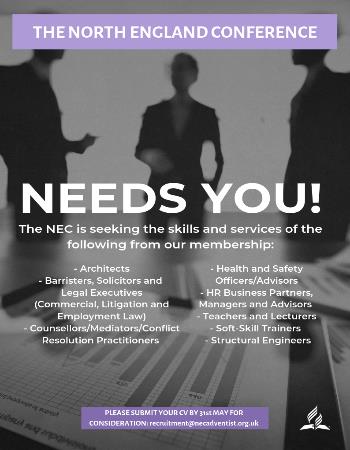 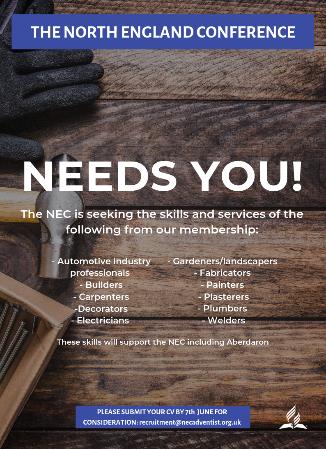 During this campaign the organisation sought to identify persons of various skills across the NEC membership to create a directory of specific skills and experience in a range of fields which the NEC will seek to engage as and when required. This campaign yielded much interest and as a result several persons were able to be engaged for various projects across the NEC.

One such project was the leadership development programme which was headed by the Human Resources Department in consultation with the NEC Administration.  The bespoke programme was for all directors of the NEC and the skills identified during the “We Need You” campaign became irreplaceable and invaluable. Videographers, and trainers were identified who were able to participate in the preparation and implementation of the training.

The NEC has ongoing plans to utilise the skills identified during this campaign and we would encourage anybody who wishes to offer their skills to be included in the directory to contact the Human Resources Department (recruitment@necadventist.org.uk)

Another project which benefitted from the skills identified during the “We Need You” campaign was the NEC Office Renovation Project. The much-needed renovation works begun at the NEC office over the summer and are still ongoing. These renovations were well overdue and the essential works which have been carried out further support the growth and development of the NEC in all aspects of the organisation. The renovations have allowed us to provide employees and visitors to the office, a welcoming and easily accessible place to work and attend. 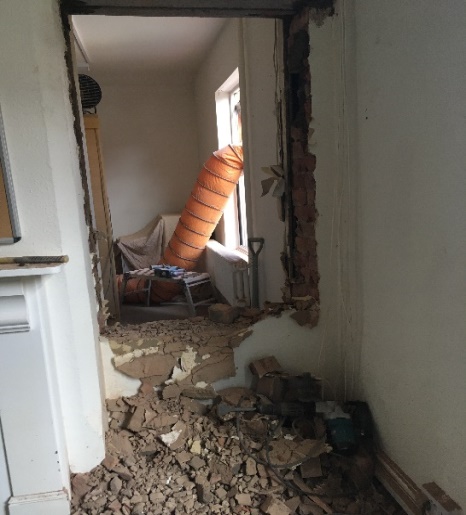 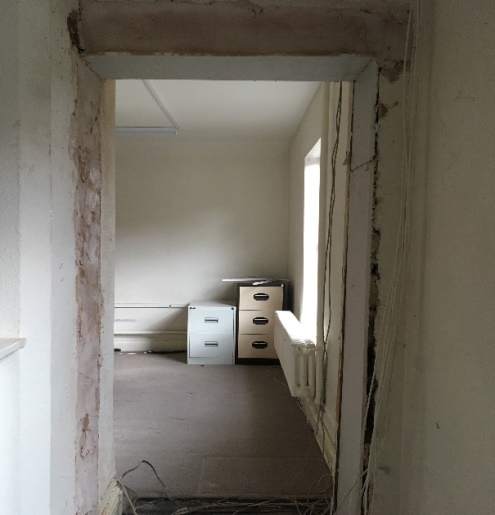 Having purchased the additional piece of land at Aberdaron which provided additional space and also arable land it was an honour to host this year’s NEC Adventurer Camporee at Aberdaron. The camporee was well attended and was heralded as an enjoyable event. We are hoping to host further camporees at Aberdaron. A full article was written about the camporee earlier this year and can be found on the BUC website

Over the summer period Aberdaron has continued to host family, junior, early teens and youth camps. The continued efforts of onsite staff and volunteers regularly maintains and preserves the beauty of the site thus allowing it to be modernised to meet the increased demand of usage. We are grateful to the Aberdaron work party who spent time on the site earlier in the year carrying repairs and renovations.

Aberdaron much like the Ravenhurst Street Guesthouse can be booked for holidays and short breaks. Full details can be obtained from the NEC office. 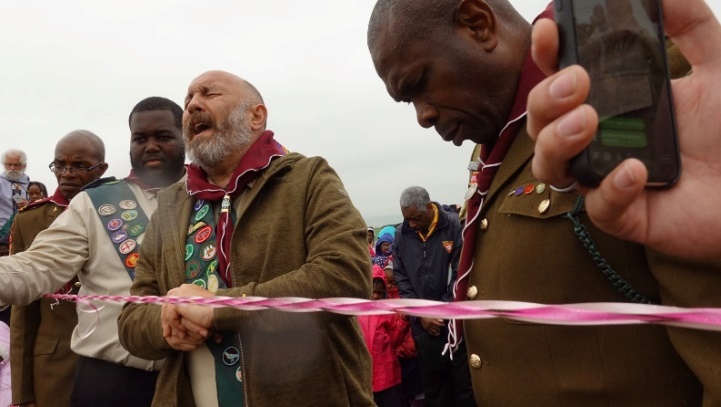 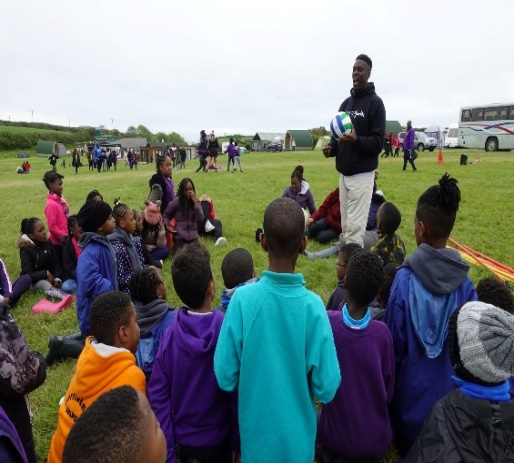 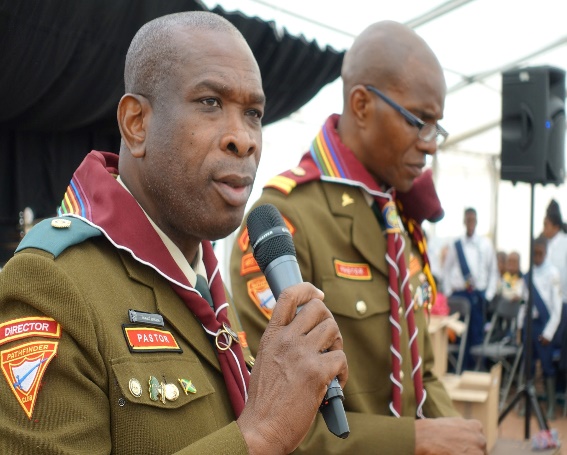 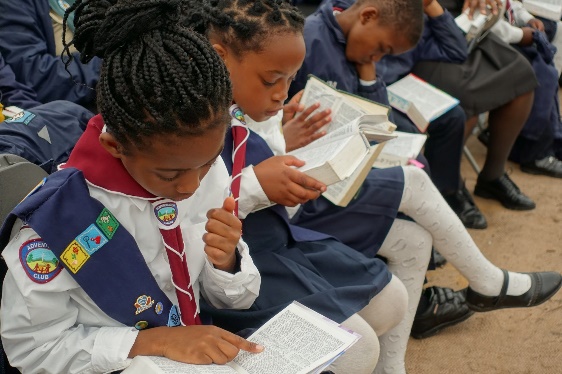 Year of the Laity

2019 is the year of the Laity where each member of the NEC is encouraged to become involved in the growth of their local church. The TMI (total member involvement) growth cycle encourages members to identify the growth goals of the church and become involved in achieving those goals. Resources and support have been identified for all churches and full details are available from the NEC office and each church Pastor. 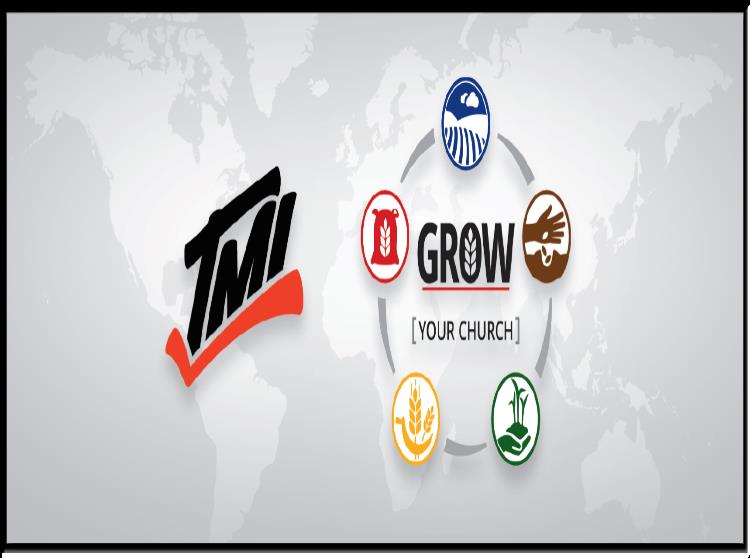 The NEC has seen steady membership growth since July 2016; In July 2016 the NEC membership was 10, 459 the membership at the time of writing is 11,289. We thank God for every single soul who will enter into the Kingdom. We continue to pray for all our members particularly those who have recently made their decisions to follow the Lord.

We recognise that the NEC membership at large has been integral in spreading the gospel, this is reflected in the baptisms which happened this summer for our Pathfinders, Youth and Teens in their local churches and at International Camporee, TED Camporee and also at the Aberdaron Youth Camp. As well as these efforts we know that much is being done in every local congregation to support others in making their election sure.

We encourage you all “Let us not become weary in doing good, for at the proper time we will reap a harvest if we do not give up” – Galatians 6:9

Hope FM has been provided with financial support by the General Conference so that the radio station can continue to provide a variety of shows, music and content which provide knowledge about the word of God and His plans for our lives.

Hope FM is available on DAB Digital Radio across any parts of the UK, online at hopefm.live and via apps such as TuneIn, (search “Hope FM UK”).

Hope FM can be found on the following multiplexes:

Whilst we have looked back at the highlights of the year so far there is much more to come in 2019.We are excited to see what else the Lord has in store for 2019 and 2020 and we are looking forward to sharing the journey with you all. Details of what we have already planned for the remainder of 2019 and 2020 can be found on our website, social media platforms and by speaking with your Church Clerks and Pastors.

There is still much to be done in the vineyard as we continue to Extend God’s Kingdom – nurturing each other and winning another. The NEC administration continues to seek your prayers and support as the fulfilling of the commission of Matthew 28:19-20 “Therefore go and make disciples of all nations, baptizing them in the name of the Father and of the Son and of the Holy Spirit, and teaching them to obey everything I have commanded you. And surely I am with you always, to the very end of the age” will only be achieved by our continued support of each other in thought, deed and prayer.