The theme for the day was ‘Waking the Watchmen’. We were awoken during the Sabbath School session by Bro Paul Munroe, who explained that the forthcoming Relationship and Sex Education legislation, compulsory in 2020, will remove the choice from parents to take their children out of lessons which promote alternative lifestyles. He made an analogy with the Chinese government, who have in the province of Xinjiang, built detention camps where up to 120,000 ethnic Uighurs are being held in re-education camps. ‘Our children’ he said, ‘are also being indoctrinated to accept LGBTQ+ lifestyles.

Doreen Coke, a lecturer from London, shared a 10-step practical guide entitled ‘Gender Neutral within Education’. This session provided advice for teachers on how to react and respond when challenged by children, young people or work colleagues who question their Christian beliefs or asked provocative questions. 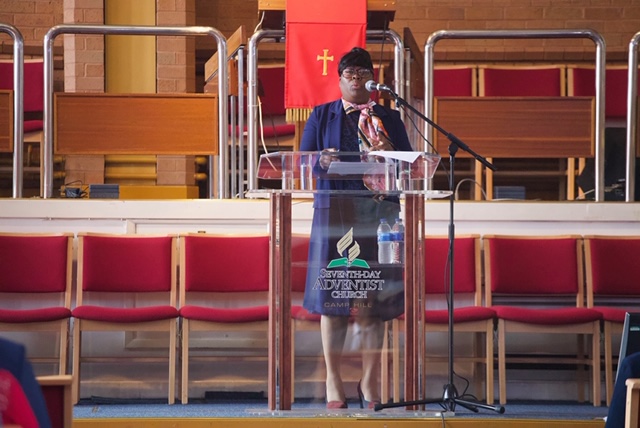 We were blessed with beautiful singing by Miranda Roberts, Zena Taylor, Diadem & Friends. The RLAAC team of nine* was formally introduced to the congregation and given a charge by NEC President Pastor Richard Jackson. He explained that RLAAC is sponsored and supported by the NEC. Pastor Ian Sweeny our BUC President via video message stated that he wished RLAAC ‘success as they seek to make a positive difference in the UK and local communities through the promotion of religious liberty’. 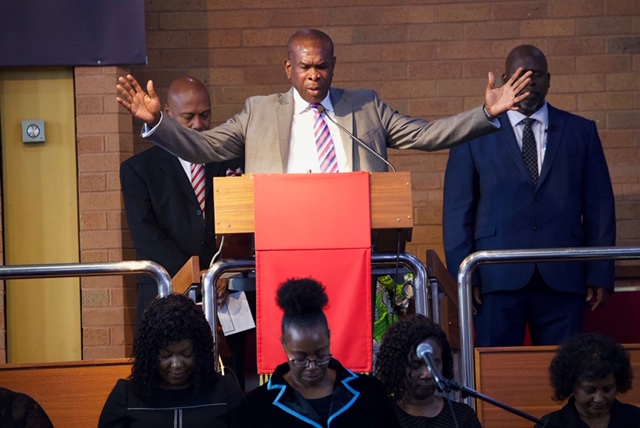 Bro Adrian Roberts sermon was a powerful reminder of why we need to be awake.  He shared with us his experience of seeing a coachman, bringing a horse drawn carriage to a church wedding.  He took a wrong turn and in the process of making a U-turn, the carriage toppled over onto its side.  Whilst Bro Roberts initial thoughts were to take a picture of the incident, he had the presence of mind to help.  He volunteered to go to the church, which was literally around the corner, to inform the waiting guests of what had transpired.  Through this analogy, Bro Roberts explained that UK law (the horses) had radically changed direction and the church (the carriage) which historically had moved in tandem with the horse, had toppled over and was no longer joined together. The waiting guests (the members) did not know what had transpired until they were made aware.  Watchmen need to be wide awake, in order to warn the church of the imminent dangers which affect our religious liberty. Ezekiel 33:1-11 was cited, highlighting where the watchmen are asked to give the trumpet a definitive sound.

Two presentations were shared during the afternoon session. Simon McCrossan, Head of Public Policy for the Evangelical Alliance, gave an overview of the current state of religious liberty in the UK. 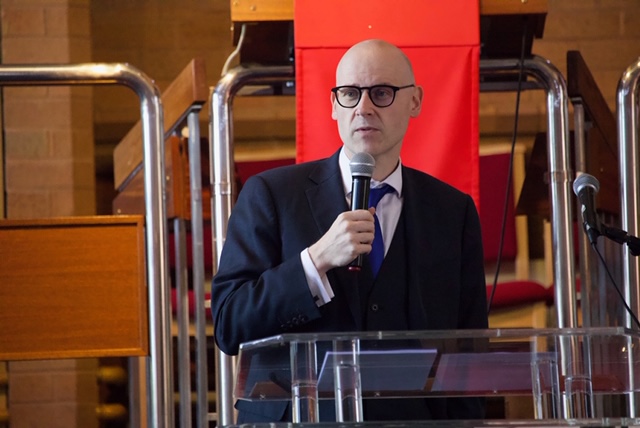 He said that even though current laws such as the Equality Act 2010 and Human Rights Legislation are meant to protect Christians, there are times when religious belief clashes with these laws. Gina Abbequaye, BUC Education Director, took us on a historical journey outlining previous policies, building up to the new Relationship and Sex Education legislation which is currently being piloted in some UK schools from September 2019. We were assured that irrespective of external pressures, Adventist education aims to ensure that children are taught eternal values to prepare them for heaven. The afternoon concluded with a lively discussion chaired by Dr Mwimbi, where Gina Abbequaye and Dr B Kavaloh answered questions taken from the floor.

RLAAC’s website was also launched www.rlaac.org. RLAAC member Paul Munroe said that ‘the website was created because many of our members are facing challenges at work and don’t know what their rights are. The website provides information on Education, Advice & Employment and can be a gateway to providing a source of support for members whose religious liberties are being compromised’.