Teens, parents and others gathered at Plymouth Church this past Sabbath (5th October) for the Area 1 Teens Day. The topic for the day was ‘Goliath and the Giants; how to be victorious over the Goliaths in our own lives and looked how to deal with ones faith in school and by extension in college, work and within the family environment. 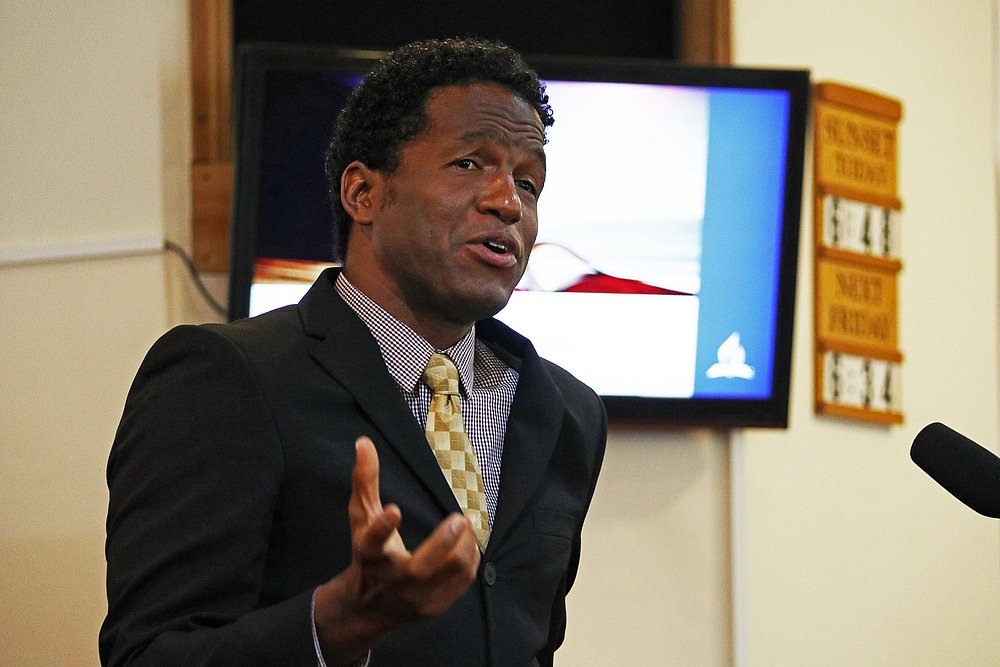 The area was thrilled to be joined by Pastor Juan Carlos Patrick, SEC Teens Director, who shared the main message throughout the day. Hannah and Ebenezer Commodore from the Cornerstone Counseling Service also ventured to the area to speak to the teens about mental health and to talk to the parents about interacting with teenagers.

During Sabbath School time Hannah discussed with the teens and youth about some of the signs of depression; what to look out for in friends and in ourselves. She emphasised that seeking help from a counselor, close friends or family is not something to feel ashamed about; feelings of loneliness, hopelessness and worthlessness are normal but if they go on for more than 3 days they can be signs of depression.

Through out the day the congregation was blessed with 3 musical items. The first from Tammy Blackburn who sang ‘My Prayer’ accompanied by her brother, Caleb, on the piano. The second was ‘I’ve Been Dreaming of a City’ by the St. Austell Youth and finally Meghan Herman sang ‘You Raise Me Up’. Area 1 is very fortunate to have some very talented young people.

For the children’s story Ophelia Herman dissected the story of David and Goliath and after a quick role-played interview with David came to the conclusion that it was his faith that made him so positive. With God on our side we can stand against anyone.

Pastor Juan shared that in life it is God’s plan that we go through stuff to make us better not bitter. Sometimes we embrace confrontation, personalising things and taking it to heart, which makes us suffer and age quicker. When we look at David’s story in the Bible we see that he was unintentionally ignored by his own father, bullied by his brothers, belittled by King Saul and cursed at by Goliath. No one believed he was capable of anything. Only God saw his true potential and David was willing to be guided to greatness by God. David’s story tells us that he did menial tasks to the best of his ability and didn’t complain, teaching us that whatever we do we should do it well for God.

To conclude the morning’s message Pastor Juan advised that we should move away from bullies, not fight them and sometimes we need to change our expectations. When we know who we are in God we don’t need a second opinion because our identity is found in Him not in what others say. Always remember God considers you of great worth.

After a lovely fellowship lunch Hannah and Ebenezer talked about keeping  communications open with our children, emphasizing that we should listen more and talk less. We should always encourage them to communicate and share their views in a safe, loving environment and be ready to answer their questions so that they don’t look for the answers elsewhere.

Next Pastor Juan shared about his childhood and some of the hardships he endured that have made him stronger today. He encouraged us to stay strong when people want us to go against our Godly principles such as not fighting, drinking or breaking the law.

A few key principles in life can be drawn from looking at the story of Daniel’s three friends and the fiery furnace.

When we go through fire the only thing that burn is the thing that restrains us.

Everyone had a great time and were thrilled at the prospect of having more teens events in the area in the future.